Metroid Prime had a long development history with lots of surprises throughout. The game was released on November 17, 2002, how did it turn out? 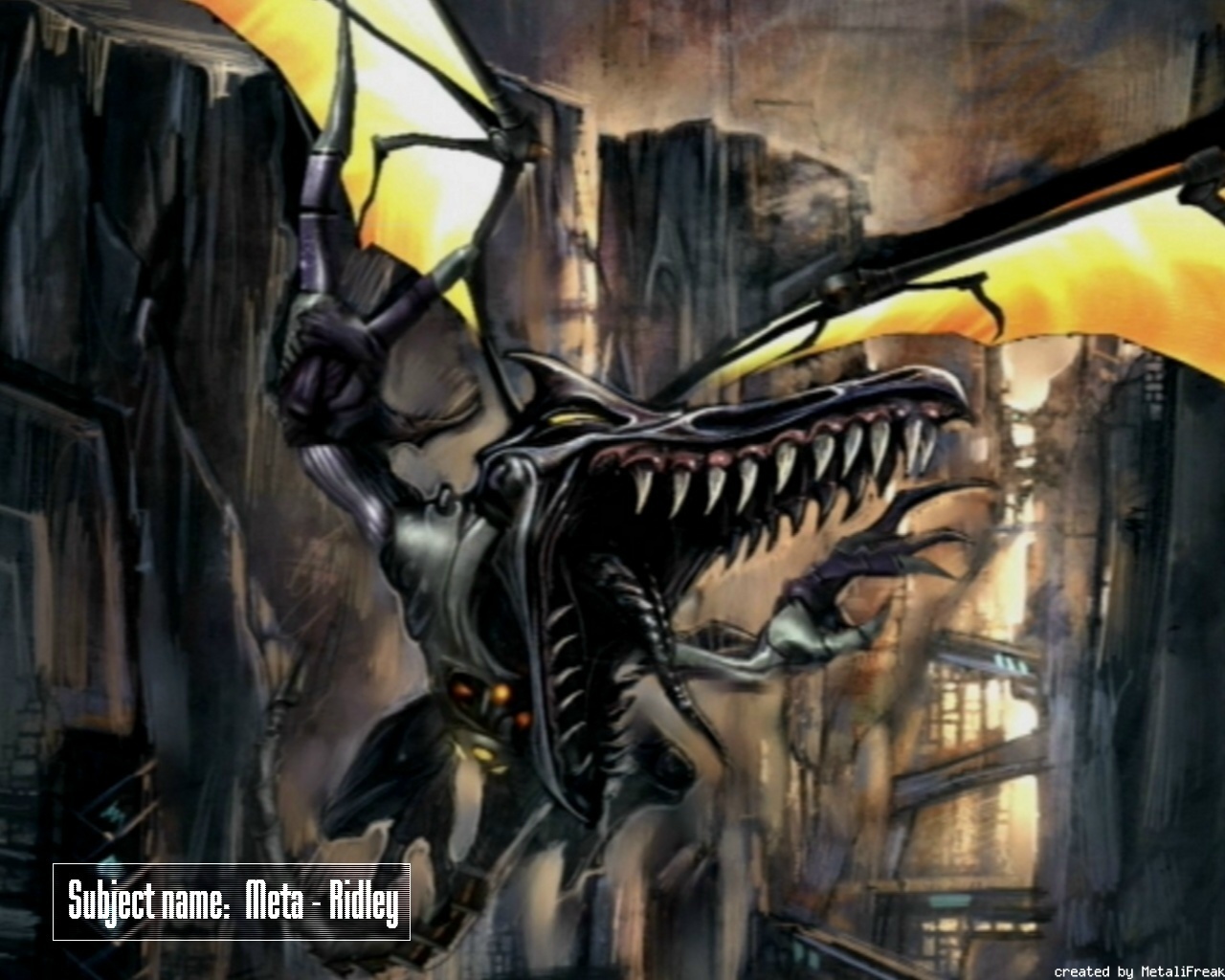 Metroid Prime is an interesting game story-wise, as it has a much more immersive and deep storyline than previous Metroid titles—a fact that would continue for the rest of the Prime; series much to this reviewer’s delight.

Metroid Prime is actually a prequel to Super Metroid, set 6 months after the original NES title. Planet Zebes has been abandoned by the vast majority of Space Pirates after  the destruction of their underground fortress of Tourian. Several large space cruisers have fled Zebes, with Metroids and other experiments in tow. Following a distress signal, Samus tracks one of these frigates, the Orpheon, to the space above Tallon IV. Samus boards the frigate to investigate, and from there the game begins.

One of the concerns over the first person perspective was how such a view would impact the visuals of the Metroid series. Past games (especially Super Metroid) were great at generating the feel of a living environment that the player travels through rather than forcing them into a stock ice area, lava area, and so on. Would seeing living walls and plants as tall as the ceiling be as expressive when viewed from Samus’s eyes? Yes, yes they would.

Prime’s graphics really elevated the level of detail present in a first person game. Oftentimes FPS’s consist of dank hallways, non-descript corridors, and bland walls that all look the same. Prime has a lot of diverse environments; from the frozen Phendrana Drifts to the Phazon Mines, this game has a lot to offer graphically. My favorite area is the underwater sections of Phendrana, due to the diverse enemies and ice floes that make you almost able to feel the temperature.

The first person view also allows for some impressive visual effects. Samus’s visor can be fogged up, iced over, lit up from fire attacks, electrocuted, and more. My favorite of these effects is when certain enemy attacks allow the player to see the outline of Samus’s face behind the mask. The scan portion of the visor also allows for visual hints to light up when seen. This seemingly unobtrusive ability allows for Prime’s story to be what you make of it, as many of the scannable entries delve into the history of Tallon IV and the Space Pirates’ operations there. The story isn’t forced down your throat either. Through cutscenes and scanning, you can learn as much or as little as you wish to.

Samus also obtains other visors later on that are more combat oriented, but still play a role in puzzles by affecting the environment. The effect of the X-Ray Visor on your surroundings is mesmerizing.  It is an eerily beautiful effect, and an exemplary graphical display. By this point, it is pretty clear that Metroid Prime completely exceeds expectation on what the game, and system, can display graphically .

The music is by Kenji Yamamoto, who returns from Super Metroid, to craft another masterpiece. The music has an organic feel to it, which is in tune with the distress befalling Tallon IV; you feel the planet’s suffering as you hunt for the source. My favorite pieces include the Prologue and Menu Select due to the remixed bits from past Metroid games. As Samus jumps from her ship in Prologue, the tune really gets us ready to kick some ass

Other favorites include Tallon IV Overworld, Phendrana Drifts, and the Omega Pirate. Yamamato also received help from a stable of composers, the most noteworthy of which is Minako Hamano, who also helped compose the superlative Super Metroid. Nice to see them working together once again. So much of Prime feels like a tribute to the past Metroid games and the music is no exception.

Sound effects are elevated to a new level in Prime, with the large variety of creatures all having distinctive roars and growls. The Space Pirates’ screeches are gold as well, especially when you blow them away with a missile.

Gameplay is pretty much the same old Metroid fare, only from a first person perspective. Nintendo actually coined the gaming term “first person adventure” to refer to the gameplay of Prime, and it is pretty accurate. The combat is important, but done in such a way as to feel different from any other FPS game. The focus of Metroid games has always been exploration, and Retro translated this amazingly to first person, while simultaneously enhancing the combat. It is not unfair to say that Metroid received the same care and attention that Zelda did when crossing to 3D.

As it would take a while to fully describe how Prime’s gameplay works, given this is the first game to forage into the realm of 3D, here’s a short primer. Navigation is pretty much the same, Samus jumps and shoots doors to proceed to new levels (that clever trick of masking load times via doors is still ever-present, and a bit too long in some cases). The big change in combat is to the ability to lock-on to enemies via the shoulder button. Your basic power beam is rapid fire and missiles have some homing capability now. Later weapons that you pick up do not stack as in previous Metroid games. The Ice Beam can be selected with a push of the D-pad. This is quite jarring, as in the heat of combat it can take a second to adjust to enemies’ weaknesses, especially in the Phazon Mines later on.

In addition to locking on enemies, Samus also has the ability to strafe to avoid enemy fire; this is done by pressing a button when locking on to an enemy or object. It takes some time to get skilled at, but becoming a master at this technique is a key to Prime’s sequence breaking, a well-established challenge in Metroid history that involves getting key items earlier than you are supposed to or skipping certain parts of the game.

The challenge in Metroid Prime is pretty much the same as the previous entries in the series, with some leeway given for the time it will take new players to get acclimated to the new gameplay style and control scheme. The developers seemed to realize this as the encounters that require quick thinking and agility only really happen late in the game. While it is true that Samus can die easily early on due to lack of those vital energy tanks, the game is still manageable. Save points are less frequent than in the 2D entries, but given that they also refill your life now, that’s a small sacrifice.

There is also a new hint system in Metroid Prime that will activate shortly after you complete a goal or find a key item. If you are even unsure of what to do, this system will assist you with some basic hints. It is a good idea that was most likely done to ease the transition to 3D. Also,  you don’t have to use it and if you’re THAT hardcore it can be turned off. I appreciated the hint system myself, as finding a new item then thinking back to all the areas that it can be used to proceed isn’t quite as intuitive as in 2D Metroids.

Replay value is enhanced by GBA connectivity. There are some neat new costumes you can unlock as well as the original Metroid game. It is unfortunate that you need to have Metroid Fusion to do some of this, but it hardly matters, as Metroid fans surely bought that game as well.

I am not using a fan of handicap runs counting as replay value in video games, but Metroid feels different. It can be quite a unique experience to do limited weapon runs, in which you deliberately do not pick up missile upgrades and energy tanks. Sequence Breaking is a new kind of animal in Prime, as you can really change the game up if you take the time to get some items early. Depending on which version of the game you have, some of these tricks may be disabled, so be aware.

Overall, Metroid Prime is a great success, probably the greatest 2D to 3D jump of a venerated series to date. Fans had plenty to be skeptical about, but their concerns were ultimately proven to be unnecessary. Metroid Prime succeeds on every level, especially with its greater emphasis on story. Metroid never felt like you were just moving from room to room exploring, but Prime’s story really immerses the player in Samus’ world and the fate of the planet Tallon IV, as has never been done in a Metroid game to date.

Prime is not only excellent in continuing Metroid traditions, but in establishing a few of its own. We truly have a modern gaming classic in our hands here and one of the best Gamecube games ever!