If for some reason you do not know what MAGFest is at this point, it is a four day long music and game festival that never sleeps. MAGFest has been rapidly growing since 2002 and judging from this year it shows no signs of stopping. This year they held their ninth MAGFest from January 13th-16th, and it was my first time attending. When I walked into the hotel I had no idea what to expect, but by the end of the convention I could not wait to go back.

If you have seen pictures from past MAGFests you will know that there is no possible way you will be able to do everything the convention has to offer. This is why I came up with a short list of tips and things to do at MAGFest that should not be missed. The list does not include visiting the Elder-Geek table, but that should really be the first thing you do upon arrival.

The reason I say “if it is in a hotel” is because of the attendance at this year’s show. MAGFest 9 had a sellout crowd of over 3000 people and throughout the show there were rumors and conversation about whether or not the convention is going to be placed somewhere else next year due to size limitations, but I digress. If MAGFest 10 is in a hotel and you are not local, it is definitely in your best interest to book a hotel room as soon as possible.

First and foremost, having a room will cut down on travel time leaving more time for gaming and other shenanigans. Secondly, it will remove the stress and the cost of travel to and from the convention, so if you travel by taxi you will at least make up some of the hotel room cost by not taking them so often. And lastly, if you party a little too hard you have a bed waiting for you just a few floors up.

Get in the registration line early on the first day

Due to the high volume of people that attend this event every year, there are bound to be long registration lines no matter how hard the staff there try to speed things up. For example, when Nate and I waited in the press line (which was only about 20-30 people long) it took about 45 minutes to get our passes, and that was nothing compared to the couple hundred people that were in the general admission line. 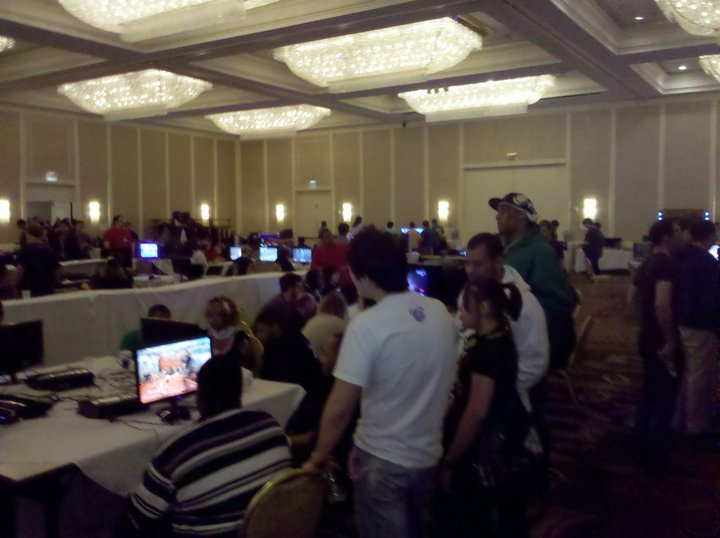 A very small sample of the people at MAGFest

We waited that long because we thought that getting our press passes was going to be a quick process, but we were wrong. When I first got there I saw that the line was not that long, but after we came back from lunch it had grown into a monster. So get there early for MAGFest 10! You won’t regret it.

Here is another part of your trip where planning ahead will help tremendously. Odds are at some point you are going to have to eat, and if you are not local and have not really thought about food at all you are probably going to settle for the 7-11 up the street for most of your sustenance. While that’s all well and good in a pinch, there are definitely some better options out there.

And now onto the actual convention… 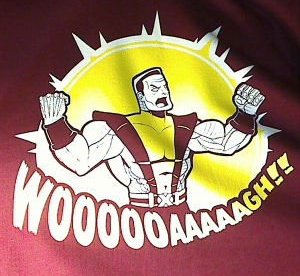 Yes, you read that right. The first thing I noticed when I walked into the hotel were people yelling this guttural yell and every time someone would do it there would be a chain reaction of “WOOOOAAAAGH’s” throughout the hotel.

The yell originated from one of MAGFest’s main attractions: the full 6-person X-Men arcade game. Whenever you activate Colossus’ mutant power he yells the yell that can be heard across the MAGFest floor and at this point I think it is safe to say that it has become the official sound of MAGFest.

So when you walk into the hotel for the first time and see everyone walking around taking in the environment, yell “WOOOOAAAAGH!!” and I guarantee you will hear it echo throughout the convention.

What better way is there for gamers to break the ice than by playing videogames and shooting the shit at the same time? If you’re walking around and see an empty space in a game, whether it’s the X-Men arcade cabinet, Super Smash Bros., or even a table top game, don’t hesitate to sit down and introduce yourself. Everyone at MAGFest is super friendly and will be glad to let you join in, so enjoy yourself and make some new friends! 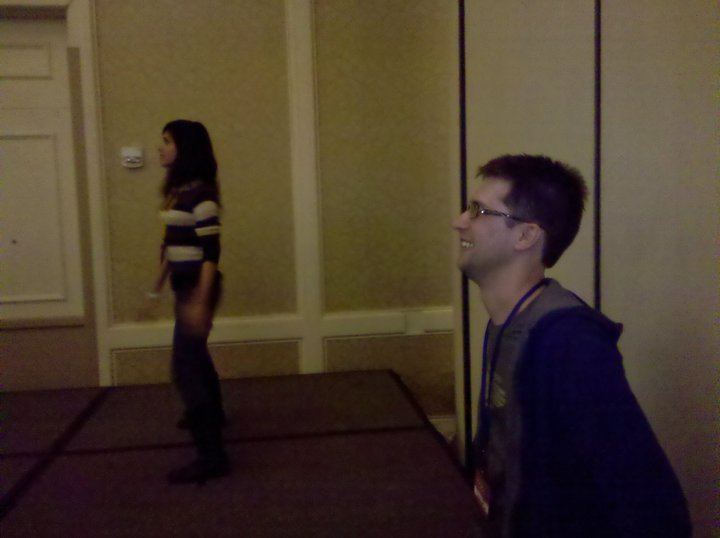 Chat up the vendors

Just like at any convention, at MAGFest there are a lot of people selling stuff. You will see everything from old and new videogames to custom clothing and artwork. If you find something particularly interesting at a certain stand go ahead and ask the person behind the table what they’re all about. They will be more than happy to tell you their story and have a conversation with you.

For instance, there was what looked like a figurine stand so I went over to check it out. It turns out that they were fizzmanindustries.com and the figures were custom, hand-made sculptures. I thought that was a lot cooler than just some random figures, so later on I went back and bought Odeko from Katamari Damacy. The point is something might turn out to be completely different than what you thought.

Go see This Place is Haunted

There are a lot of bands at MAGFest, and I will admit I did not see all of them, but when I walked into the concert room halfway through This Place is Haunted’s set, I was kicking myself that I did not show up earlier. I walked in to see a projector screen showing Rocky IV and This Place is Haunted playing the training montage song, followed by Eye of the Tiger, Gonna Fly Now, The Final Countdown and Rocky’s victory theme. And if that wasn’t enough they played a TV Theme Medley complete with the most intense version of “Reading Rainbow” you will ever hear, and the Double Dragon soundtrack. In short, it completely rocked.

This Place is Haunted has been coming to MAGFest for years, and if you only have time to see one show, make it this one.

If you are walking around in the game room at MAGFest 10 and see a rather large Japanese arcade cabinet with various mascots on it and two huge drums in front of it, get in line to play. That game you see is called Taiko No Tatsujin and it is the most entertaining game you will play at MAGFest. It is so popular that it is one of the only cabinets that has a constant line of at least four people to play it. Luckily, it is also entertaining to watch. 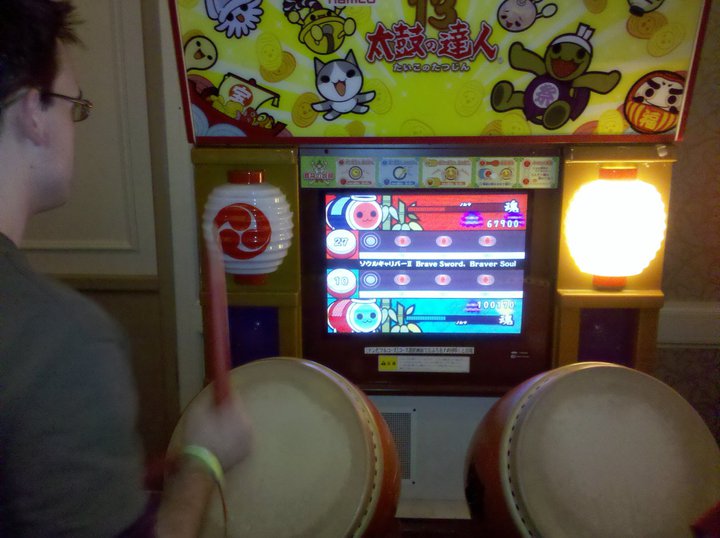 You won’t have any idea what anything says, but you can keep the beat to various anime themes, J-Pop and video game themes. A few choice songs I recognized were the Monster Hunter Theme, the Dragon Quest Theme, the classic Super Mario Bros. song, and Tank! from Cowboy Bebop. I played it multiple times throughout the convention and I highly recommend it. I only wish these cabinets were more common in the US.

Some of these suggestions are based on experience, and others are based on hindsight. Whether you take these into consideration or not, the most important thing is that you have an awesome time because MAGFest is built for you to do just that. This was my first MAGFest and I already can’t wait for next year. Hope to see you all at MAGFest 10!

One thought on “The MAGFest Survival Guide”