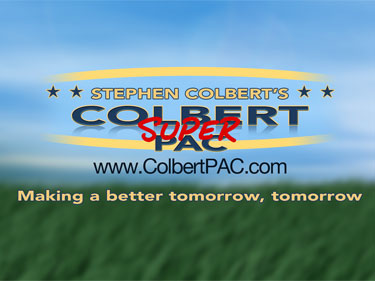 Stephen Colbert’s Super PAC – and its goal of making a better tomorrow, tomorrow – has been more than just a running gag for the faux-conservative pundit’s lampooning of the incestuous nature of campaign donations. The fund has raised over $1 million since its inception, with very few contributors donating above a couple thousand dollars. Harmonix lead Alex Rigopulos has little competition then for the top donor spot, the developer giving a reported $9,600 to the Super PAC.

Colbert has made a habit of spotlighting his PAC contributors, with a scrolling list of “heroes” regularly appearing on the bottom of the screen during an episode.