Back in 2007 developer Starbreeze studios released The Darkness, a first person shooter based on the comic book of the same name. While the storytelling was applauded for being unique and effective, the game was plagued by mediocre gameplay and horrid level design. How does The Darkness 2 now developed by Digital Extremes fair in comparison? 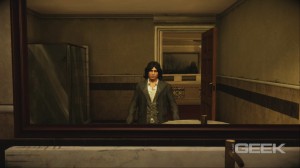 Jackie in his present from, minus the demon serpents.

Jackie Estecado has been moving up in the world; living the good life in New York while heading the Italian Mafia. Since the events of the first game, Jackie has managed to bury the demonic Darkness deep within him, maintaining control of the savage beast. This all changes when Jackie’s favorite restaurant is attacked. After a failed rescue attempt by his partner in crime Vinnie, Jackie is forced to let The Darkness out in order to survive. From there begins his quest to bring those responsible to justice, and to ultimately save his true love Jenny from the fiery pits of hell itself. While the story may not be the most original, it easily grabs the player’s attention with the help of fantastic voice acting and some really unique and intriguing twists.

Unlike the first game, The Darkness 2 is a more linear experience. From the get go you’ll be propelled through the storyline by way of shooting galleries, claustrophobic hallways and the odd fork in the road. With the exception of a bland warehouse level, all the levels feel unique and atmospheric. In light of this, the game never actually feels particularly linear, and you never stay in one area long enough to get sick of it. 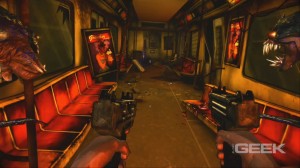 The Darkness 2 manages to be colorful, yet still dark.

The art design has seen a major change since the original. The Darkness 2 has a stylized cell-shaded look like Borderlands. It looks great and works surprisingly well in conjunction with the excessive violence. We played the game on PC, where there was one very serious problem: the field of view. On PC, the field of view is restricted so much that it can induce motion sickness for some players, and on a more general level, it just feels uncomfortable. Luckily, Digital Extremes has promised a patch that will remedy this issue.

The core gameplay mechanics of the last game remain intact, but all have seen significant upgrades. Being host of The Darkness comes with a lot of perks, the most obvious of which being your two demonic serpents looming over each shoulder. You can grab objects from the environment to use as shields or projectile weapons, grab enemies for grotesque executions, or simply dismember your enemies one limb at a time. The games talent tree gives you access to unique powers tied to independent cooldowns. You can infuse your weaponry with The Darkness essence lending extra damage and infinite ammo, send out a swarm of insects to weaken reinforced enemies, or spawn a black hole to obliterate your enemies. 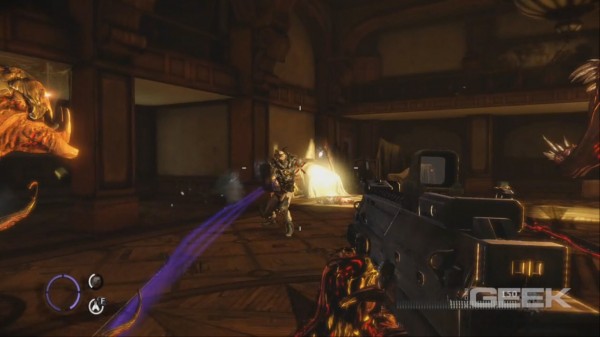 Of course The Darkness 2 is at its heart a shooter, and shooters need guns. There is a wide variety to chose from; many different types of pistols, rifles, shotguns and sub machineguns. Each gun feels unique and powerful in its own way, packaged with that special feeling of weight and kick first person shooter fans have come to know and love. The targets off all these destructive implements unfortunately, are not as varied.  Enemies types are only mildly different with the exception a few very well designed mini-bosses, and even those are visually identical to each other.

The Darkness 2 also includes a four player cooperative campaign dubbed Vendetta. In Vendetta you can chose from four different darkness-enhanced characters, each with their own darkness power and special weapon. The four roles are different enough to warrant a playthrough of the coop campaign with each, but once that’s done with there’s little appeal in revisiting it. Unlike in the singleplayer where the voice acting is superb, the acting in the coop campaign can be cringe-worthy at times. 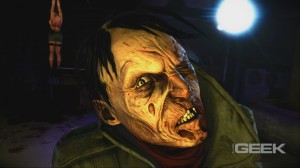 The Darkness 2 is a game that has a certain level of greatness in spite of itself. It’s short, but the coop and new game+ features add great but limited replayability. The enemies are repetitive and bland, but the combat itself is fantastic. The game is very linear, but the level design is intriguing and inventive. The PC version is crippled by the field of view, but the art design and storyline make it worth it.

The experience is downright delicious, but short-lived. For fans of first person shooters, this is worth buying. Just be warned, the experience is short and many gamers might find a rental to be more than enough to satisfy their fps bloodlust. No matter which way you go, The Darkness 2 is a solid shooter that fans shouldn’t hesitate to check out.

7 thoughts on “The Darkness 2 Video Review”