While Assassin’s Creed: Revelations received moderately favorable reviews from critics, many gamers found Revelations to feel rushed, generally poorly thought out, and the weakest Assassin’s Creed entry in the series. The biggest complaint about Revelations: the story. While AC2 and Assassin’s Creed Brotherhood took the adventures of Desmond, Altair, and Ezio into new and interesting places, Revelations felt like previously traveled ground with the exception of the final few minutes of the game. 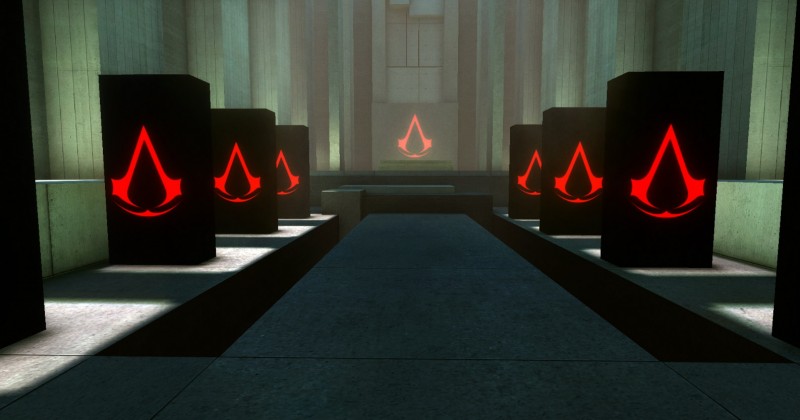 The Lost Archive adds a much needed dogmatic story to Assassin's Creed Revelations.

“The Lost Archive” is the latest DLC for the Assassin’s Creed franchise that generally flew under most people’s radars thanks to the announcement of Assassin’s Creed 3. It comes packed with a few new skins for your single player experience like the Turksish Assassin Armor, Ezio’s Armor of Brutus, and Atair’s robes. In the multiplayer realm, you unlock the Crusader, the Ottomon Jester, and the Ottomon Doctor.

But texture skins generally don’t move DLC (or at least, they shouldn’t).

In terms of real game content, “The Lost Archive” tosses a few interesting tidbits to Assassin’s Creed fans. In the main game, you unlock the mission “Vlad the Impaler Prison.” If completed, it grants gamers the Vlad the Impaler sword, which should tickle the fancies of Dracula fans everywhere. In terms of the tomb itself, the parkour puzzle isn’t the most satisfying. We finished the tomb in under seven minutes on our first try.

The big reveal to Assassin’s Creed fans comes in “The Lost Archive” itself which is accessed through the main menu, and not through the story campaign or the multiplayer. “The Lost Archive” has little to do with Desmond. Instead, it is the backstory of Lucy Stillman and Subject 16. Fans of the overall Assassin’s Creed storyline will be delighted to hear about Subject 16 and Lucy Stillman’s lives with the Templars and the Assassins. In fact, their story is most interesting one told within Assassin’s Creed: Revelations, which is an absolute shame that it comes in the form of DLC instead of existing as part of the main plotline. 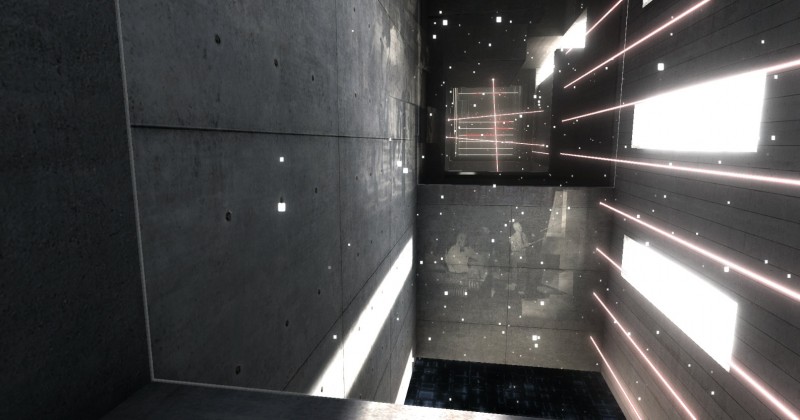 The wonderful story isn't enough to make up for the poor puzzles and slow pace of this DLC.

But that’s not the real issue with “The Lost Archive.” The main problem is that it is told through the same type of platform puzzles that Desmond’s backstory was revealed. Players traverse slowly through floating platforms as they spam blocks, ramps, and now, launch pads. Getting from point A to B is simply boring and feels like a poor device to tell a story. There are a few genuine moments of awe that feel like they’ve been inspired by developers like Tale of Tales who are masters of symbolic video game storytelling, but they don’t last long enough. Without spoiling anything, we can say that the story is fantastic. The device in which it is told, is not.

Die hard Assassin’s Creed fans who are curious to know the story that is revealed here could check out “The Lost Archive.” But because the DLC only adds about 2 hours of game time through a pretty poor game mechanic, we certainly can’t recommend paying full price. But if money is burning a hole in your pocket or you must have some new Assassin’s Creed dogma storyline to hold you over until Assassin’s Creed 3 arrives, “The Lost Archive” will probably scratch that itch for a little while.