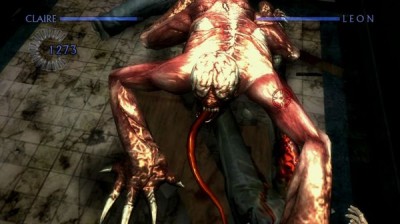 Both The Umbrella Chronicles and The Darkside Chronicles are being bundled for the Playstation Store as part of the Resident Evil: Chronicles HD Collection. Capcom announced the up-rezzed on-rails shooters – compatible with Playstation Move – for this June, first as a bundle and then offered separately at a later date.