The video game industry has been infected by sequelitis: a disease in which original ideas are spun into franchises, having their quality and creativity diluted by multiple releases and nefarious marketing departments. Despite the seemingly incurable outbreak, there exists a secret treasure trove of great games who have somehow slipped through the cracks of time. They are aching to have their seed planted in the fertile land that is the current video game market either to further refine a remarkable concept, or to repolish a past gem to current-day luster. Welcome to The Quickening Chamber.

Evil Genius was a real-time strategy game developed by Elixir Studios and published by Sierra Entertainment. It was released in 2004 with the development studio closing its doors only a year later, citing development costs and lack of funding. Demis Hassabis, the founder of Elixir Studios, who interestingly is also an AI programmer, Neuroscientist and master chess player, stated in a press release:

“It seems that today’s games industry no longer has room for small independent developers wanting to work on innovative and original ideas. … This was the sole purpose of setting up Elixir and something we could never compromise on.” 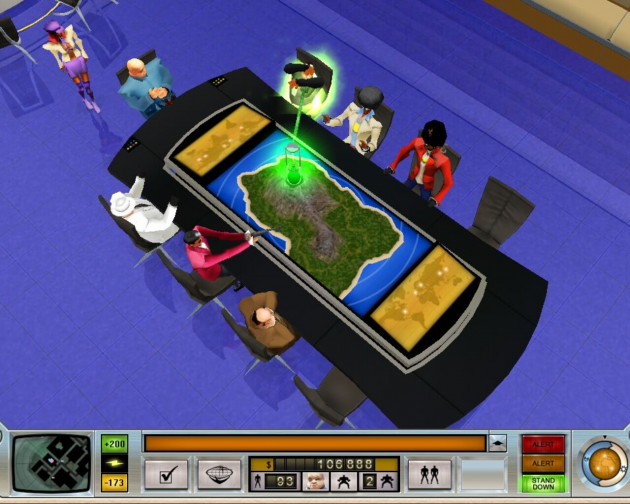 The crime syndicates of the world better fall in line.

So–just so we’re all on the same page here–the guy who made the video game Evil Genius, a game about taking over the world with an army of henchmen from within a secret mountain stronghold, bitterly left the video game industry to further develop artificial intelligence. (Anyone else predicting the end of the world via robot uprising in the near future, or is that just me?)

Today the license for the Evil Genius IP lies with Rebellion Developments who are known for  NeverDead and Aliens vs Predator. They’ve held the IP for over 6 years now. Little hope remains for them developing a sequel. But if they felt like exploring the option, might we suggest Kalypso Media to act as publisher? After all, they seem to enjoy this vein of video games, as they are the publishers of Tropico and Dungeons.

So what’s all the fuss about? Why do we so badly want to see a sequel or re-imagining for Evil Genius? 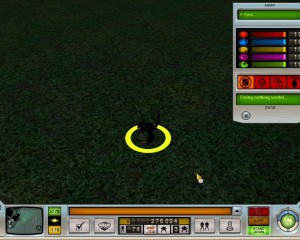 P. Reed, the most leathal of all the spies.

For starters, it was a dungeon defense game like Dungeon Keeper–those are rare enough as it is. In fact the only recent entries into this strategy subgenre were both released in 2011 with Dungeons and Orcs Must Die!. Dungeons failed to satisfy critics and lacked several of the core elements and the personality that makes Evil Genius great. Orcs Must Die! is more of an action tower defense game. Neither games have the open Sims-like world that Evil Genius adopted.

At the start of Evil Genius you choose one of the three available evil personas: Maximillian, Alexis, or Shen Yu. Maximillian is a German billionaire industrialist. He’s short, bald and ill-tempered, similar to SPECTRE leader Ernst Starvo Blofeld from the James Bond films From Russia with Love (1964), Thunderball (1965), You Only Live Twice (1967), On Her Majesty’s Service (1969), Diamonds are Forever (1971), and For Your Eyes Only (1981). Alexis a multi-millionaire heiress. Donning an elaborate fur themed getup, she is the Hollywood archetype of exclusivity and high society. She can most easily be compared to Dodie Smith’s iconic villain Cruella De Vil in the Disney film adaptations of The Hundred and One Dalmations. Finally, there is Shen Yu, the Chinese mystic and triple-agent whose loyalty lies only with himself. He’s the head of his own criminal empire and visually inspired by Flash Gordon’s arch nemesis, Ming the Merciless.

After selecting a villain, you’re issued the objective of building your first secret underground lair. Once you’ve constructed a barracks for your sycophantic minions, you must then create the control room, every evil genius’s true sanctuary.

The game’s ultimate goal is to create a superweapon. From the control room, you can send minions out on missions to steal large sums of money, blueprints and parts, and perform acts of infamy across the globe. 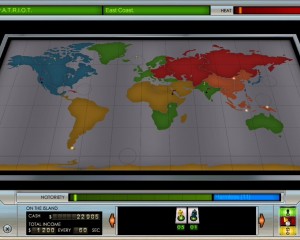 The interface is reminiscent of Risk (or at times, to the assassin world missions within Assassin’s Creed: Brotherhood and Revelations). But instead of waging all out war, you have to direct your minions to steal from the major nations of the world while avoiding the forces of justice. Each mission requires specific minions to accomplish the given task which helps you create and explore the different uses of the different minion types.

As the construction options open up more, you can build security rooms, power facilities, recreational lounges, training rooms, laboratories, studies and more. Finally, you can build an inner sanctum for your evil self where you can monitor the entire base.

Performing acts of infamy through the world domination screen gains you notoriety, and attracts attention to your island. This unlocks further missions and, in turn, nets you more profit along with powerful artifacts. However, notoriety comes at a price. The forces of justice (different secret agencies around the world) will attempt to foil your evil plans. Once operatives of these agencies start snooping about your island, you’re going to have to start defending it.

The first line of defense against these pesky spies is a good cover operation. Tourists will start showing up on the island, looking for adventure, beauty, and tropical recreation. To prevent them stumbling upon your secret base you can build a hotel resort to keep them occupied, this will also help fool the forces of justice. 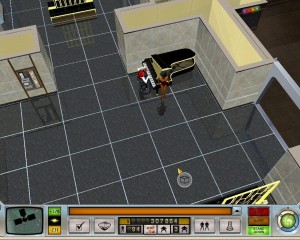 Nevermind all the goons with guns, Look! I can play the piano.

If your cover operation doesn’t solve the problem of overly-curious tourists and agents, your henchmen and minions are more than happy to lend a hand… or fist. Violence might cause a panic among the tourists and further raise your notoriety.

Enemy agents will freely go about their business gathering intelligence and destroying your base unless you tag them for either assassination, capture or indoctrination. Only after tagging a target, will your minions react to their presence. Keeping track of all the agents at all times can be nearly impossible later in the game, which is why building elaborate traps becomes essential.

Traps are triggered by sensors you place in the environment, making it important to carefully plan the placement of both traps and sensors. As the forces of justice send better agents to your island you will have to upgrade your security. More experienced agents can easily evade your basic sensors and security cameras. There are plenty of varied and fun traps to use, some of which are so violently ingenious, they could have only been thought up by a true evil mastermind.

To create your army, you need to educate your drones. Your basic worker minions can undergo training to become specialized in either science, psychology or combat. These specialized minions can be further trained into martial arts masters, marksmen, politicians, physicists, playboys, and about a dozen other classes essential to aiding global domination.

By first capturing an enemy specialist and interrogating him, the minion performing the interrogation will then use the information learned to transform into the corresponding profession. There are a number of ways to interrogate a subject, some using conventional means, but most are outlandish and hilarious. 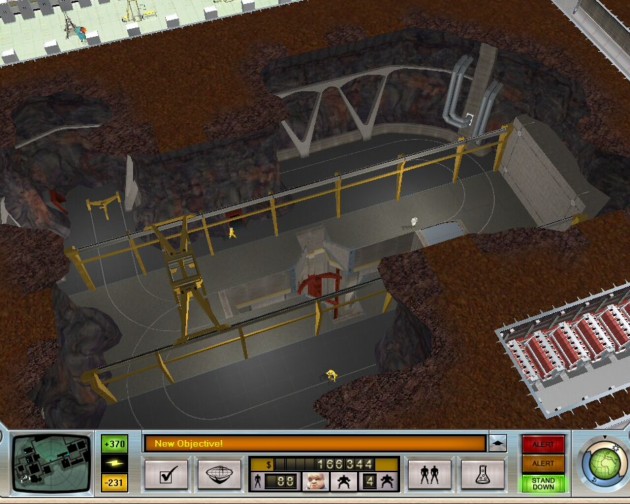 Even today, 8 years after its release, Evil Genius still looks good, though without modification, it doesn’t support widescreen monitors. It has a cel-shaded stylized look; sophisticated and colorful that helps mask its age. Flexing its parodic muscles, Evil Genius has some of the funniest animations we’ve ever seen, with the interrogations being a particular high point. It has a fantastic jazz soundtrack creating a classic “spy movie” atmosphere. You’ll find yourself lingering on the pause screen just to hear the remainder of the smooth jazz tracks.

As much as we love it, however, Evil Genius isn’t a perfect game. In fact, it’s far from it. You have to micromanage everything to a frustrating degree. Keeping your minions happy and loyal can be a real chore, not to mention all the damned tagging of enemy agents.

Furthermore the AI sometimes acts counterproductively, sending valuable minions dangerously outside the safety of the underground base only to perform menial tasks while basic, low-level worker minions stand idle. Tweaking traps and trap layouts is hard enough without having your own minions triggering them, losing countless to needless slaughter.

The difficulty also has a tendency to increase exponentially, even though your arsenal of countermeasures doesn’t. Super agents dispatched by the forces of justice periodically arrive to foil your schemes. They can’t die but can be temporarily incapacitated and captured, ultimately though; they’ll escape and continue to wreak havoc on your base. 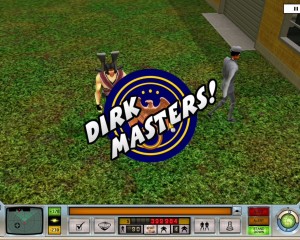 This wouldn’t be such an issue if they left the island for longer periods or if your genius was able to imprison them for much longer. As time progresses, more and more of them arrive, and most rarely leave your little island paradise, becoming permanent thorns in your side.

The world domination screen, where you perform unconventional fund raising and acts of infamy, could also stand to see some upgrades. Mainly, we would have liked to be more involved. As it is, you basically order minions to perform a mission and watch the progress bar count down.

That’s why we really want a sequel, though–or at the very least, a reimagination of the original. If Evil Genius was a more refined game we’d happily play that until the end of our days and never consider the prospect of a sequel. It’s the potential of it that has us bursting with anticipation and hope. The possibilities of what can be created with the Evil Genius blueprints are nearly endless.

We are certain of one thing. We want a game with the same wit and personality, where you play an evil mastermind plotting world domination and you have to defend your home base using a combination of minions and maniacal traps.

The concept and the gameplay of Evil Genius was built on solid ground, but ultimately, it caved in under what amounts to a few relatively small issues that were left unaddressed. A brave developer who wanted to expand on this idea wouldn’t have to innovate much to reach perfection with the formula that Evil Genius has already put in place. The theme, gameplay, and core concepts of the game are universally understood and appreciated. We’d love to see this modern classic revitalized so we can once again sweep the world under the darkness of our kitschy, but diabolical plans.

Gameplay, Video and Script by Mats Paasche. Editing and Voiceover by Randy Yasenchak

One thought on “The Quickening Chamber: Evil Genius”