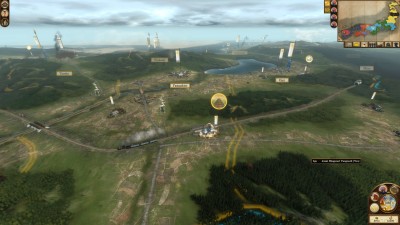 A year after the addition of the Rise of the Samurai campaign to the Shogun 2 base game, the inevitability of an expansion dealing with the fall of the Samurai in Japan increased substantially; like the law of history, there is a rise and a fall. Fall of the Samurai is the stand-alone expansion, which takes place 250 years after the end of the Sengoku Jidai period and the establishment of the Tokugawa Shogunate to the mid 19th century and the beginning of the Meiji Restoration and the modernization of Japan.

Players can play one of six clans from either pro-Shogunate or pro-Emperor factions in the fight for the soul of Japan. The new campaign begins in 1864 and spans a little more than a decade during a time of Western imperialism and influence.

Fall of the Samurai contains many new features with the backdrop of modernization in mind. The campaign map received a facelift with the addition of Hokkaido to the north and several small islands to the south, which gives fans a fresh strategic experience. Towns on the map also receive a nice make-over with a more modern look.

Players will also notice the appearance of railroads on the map, which allows you to transport armies and agents to other towns faster. However, players are restricted to territories with pre-constructed facilities rather than having the ability to construct their own railroads throughout the map, which makes this feature more aesthetic than useful.

Multiplayer also received a nice upgrade with the new Campaign map, and Avatar Conquest also features new avatars and skills for those fans looking to make modern avatars and take advantage of the revamped conquest map. In the Campaign portion, however, coop is more restricted as players must play clans from the same faction even though players may change their allegiances between pro-Shogun and pro-Emperor.

The game features a new technology tree with a heavy focus on modern civil and military techs. However, this emphasis may seem restrictive for those wanting to remain in the traditional ways of the samurai. Players will inevitably have to modernize to some degree even if on a pro-Shogunate track.

Familial relations have become less significant given the short time period of the game. Unless you already have children near adulthood, they’re only good for hostage negotiations. On the other hand, it also revamped the faction cabinet positions by utilizing the notoriety bar in a way that only allows you to assign one position at a time once you receive a promotion from the Shogun or Emperor. 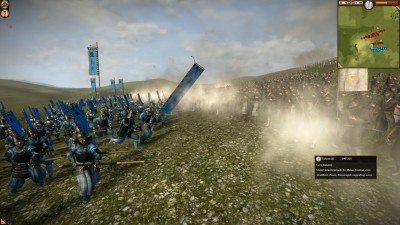 With the new time period, FotS proudly touts new military units on both land and sea. Players will also be able to recruit units from one of three foreign powers—the British, French, and United States. New steamship gunboats including ironclads with torpedo boats make an appearance allowing for an intense experience on the high seas. Along with new military units, the game also features new agents such as the Foreign Veteran, the Ishin Shishi for the pro-Emperor faction and its opposite variant—the Shinshengumi; both agents are hybrids of metsuke and monks. The Foreign Veteran is a nice addition as they can earn experience for your troops through training.

To supplement the normal Total War gameplay, FotS modified some battle features such as the option to call in a naval bombardment on towns and armies. Players can also call in naval support during a battle if the battlefield is within the radius of the navy. To supplement the naval aspect of the game, FotS allows players to construct shore defenses at ports, which can fire at enemy ships within its radius and defend against naval blockades. Attackers may enter an enemy port in order to force its surrender. This makes naval blockade a more interactive experience unseen in the series. 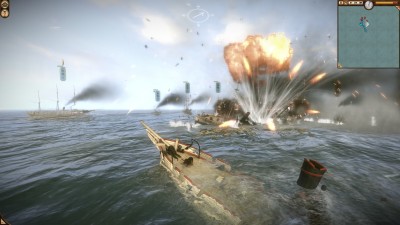 Two words to describe the battles in FotS are explosive and bloody. To further enhance the experience of industrial warfare on the 3D battlefield, the game allows players to directly control artillery, including the Gatling gun, and naval units in third-person. Although a fun feature, its potential for abuse during multiplayer such as sniping commanders makes this a dangerous add-on. In siege battles, players will be able to upgrade their tower defenses from archery to matchlock and Gatling towers, which adds to the grittiness of attacking fortresses.

The overall package of Fall of the Samurai is one of give and take. Although the battles, tech tree, campaign map, and multiplayer received amazing enhancements, some minor features were noticeably changed or dropped. On the other hand the fresh experience from the redesigned campaign map to the new units and larger battle maps offered by this stand-alone expansion is undeniably satisfying.

Developed by: The Creative Assembly