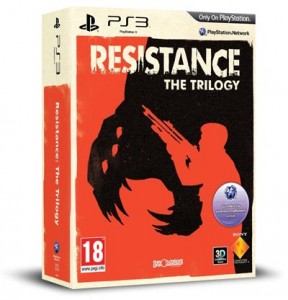 A product page for a bundled collection of all PS3 games in the Resistance shooter franchise has appeared on Amazon France. According to the retailer, the box set will contain Resistance 1-3 (no mention of any of the games’ various DLC) and retail for €59.99. The collection is listed to release in the EU on May 16th. Sony has declined to comment on the rumor.