To be blunt, I’m rather spoiled with my current setup for doing digital artwork. I have come a long way since the days of Mario Paint and regularly use programs like Photoshop while painting with a Cintiq WX to do my digital art. As I’m not hip enough to own a Smart Phone or iPad (that stuff is out of my budget, unfortunately), I don’t have access to their unique set of digital painting apps for drawing while on the go. I do however have a 3DS, and while it’s fun to jot down notes in both SwapNote and the built in Game Notes app, they don’t really cut the mustard as far as doing anything serious. Enter Colors! 3D, the newly released painting program on the eShop.

Apparently Colors! already exists on DSi and iPhone, so this version is more of an upgrade to those versions rather than a completely new product. Obviously, Colors! 3D’s biggest new feature is the ability to paint 3D artwork, and this feature alone is what really makes Colors! 3D unique. I’ll be honest, I was expecting to simply poke around Colors! and learn the ins and out of the program, but I never expected to find myself planning layouts that would take advantage of stereoscopic 3D. Sure, there is very limited 3D drawing that can be done in SwapNote (one color, with two layers), but Colors! offers the feature set of a real paint program, and five layers of 3D depth to work with. 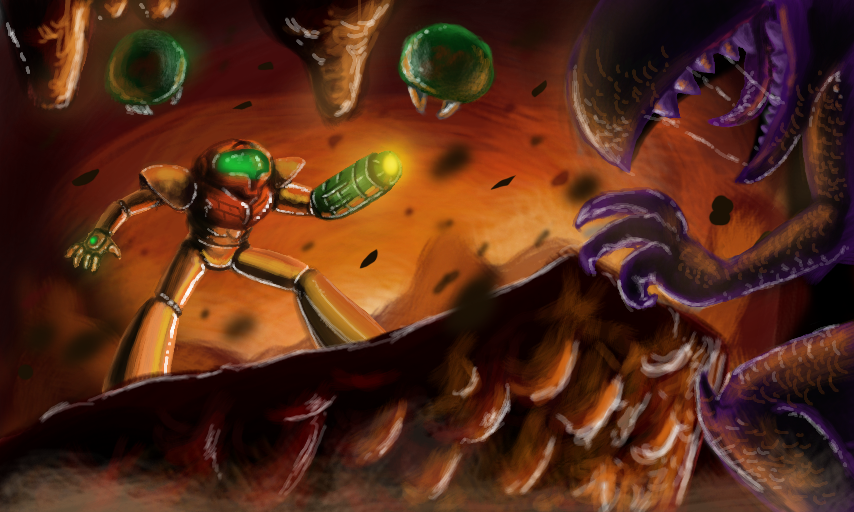 As someone that genuinely enjoys to draw and paint, the sort of person this software is aimed at, I found tackling the 3D portion of drawing to be very interesting. For me it creates a nice exercise in drawing when it comes to figuring out the placement of objects. Flicking the 3D slider up and down to see the art spring to life is really quite rad.

While drawing in 3D is rather nifty, at first glance it would seem that the audience for even viewing your 3D artwork would be small. Thankfully it is easy to share the art as Colors! allows the user to export their 3D art to the 3DS’s photo gallery app. On top of that, artwork can be uploaded to the Colors gallery online, where people also have the choice of saving the .MPO file right off of the website.

Underneath all of this is a competent painting program. Of course this isn’t Photoshop, there aren’t unlimited layers, a million brushes, masks, etc. Colors! has the basics, but they work. A simple brush, airbrush and eraser, plus the ability to adjust the size and opacity are the essentials here. I’ll admit that I’m spoiled by my Cintiq, and it took me a minute to remember that the DS touch screen isn’t pressure sensitive, so really working the colors means lots of tiny flicks. 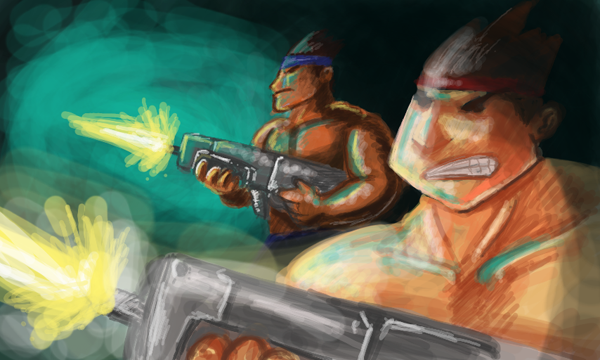 The menus are a bit clunky, and I wish there was a way to map the shortcut keys to different buttons. Swapping layers is done by using tapping left or right on the circle pad, while color picking and moving the canvas shortcuts are on the DPad. For whatever reason I kept using the circle pad to pick colors and then realize that isn’t the short cut. I know this is my fault, but it would have been nice to be able to switch the buttons because apparently my brain refused to learn it.

One of my favorite features with Colors! is that it automatically records the art as its being drawn. This comes in handy when sharing the artwork through the Colors! gallery. There is some particularly nice looking art on there, so being able to watch other artists literally plan out and complete their artwork is a great asset to aspiring digital artists. Colors! offers nothing in the way of tutorials about learning how to actually paint, like any program is just hands you the tools, so being able to learn a little something this way is a nice feature. Along with that, users can also branch paths. Say at some point I’m unhappy with the turn my artwork took. At that point I’d be all out of undos, but by watching a recording of my artwork and then choosing to branch the path, I’m allowed to start from that point again. It’s a nice little touch.

The video recording does appear to come at a slight price however. As the artwork becomes more detailed and intricate, undoing something becomes an issue. While the users first few undos will happen instantly, a few hours into their art, an undo leads to a short load screen. When several undos are called for, these load screens really stack up.

Colors! 3D is a fun drawing app with a surprising hook in that painting in 3D is actually cooler than it might seem. Aside from that, it’s also nice that I finally have access to a decent painting program on the go. Admittedly, it’s a little cramped painting on that 3DS touch screen, but managing that isn’t so bad. While Colors! is light on actual painting features, it has some nice extras. Being able to paint with a friend locally, automatic recording, and an easy way to share and upload files through the Colors! Live website help round out the package. People with smart phones or tablets probably won’t find anything unique here, but for the rare adult male or female artist like me that lacks those things, this is a nice piece of software.

The art you see above was done by yours truly! If you’d like to check out the recording of them you can find

the Kid Icarus one here

the Contra one here.

If you can, download the MPO file and view it on your 3DS, I put a lot of thought into the 3D depth, especially the Kid Icarus picture. The Contra one I was more trying my hand at a traditional painting with the software.

Edit: I added a new one I did to the review, you can find