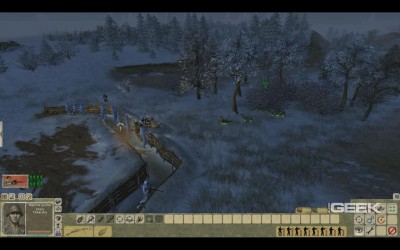 Less than a year after taking players into the jungles of Vietnam, Russian publisher 1C Company and developer Best Way return to the Eastern Front of World War II by telling the story of a little known chapter of the Red Army’s fight to liberate their motherland from the boot of the Nazi invaders. In Men of War: Condemned Heroes, players will play through a series of particularly brutal engagements as one of several penal battalions recruited as a part of Joseph Stalin’s Order #227 also known as the infamous “No Step Back!” order.

The penal battalions consisted of court-martialed officers that were given a chance to redeem their crimes in blood by serving as the lowest enlisted rank in a battalion that was assigned the most dangerous tasks. These battalions’ images are surrounded by many myths, and this game tells the truth about these regiments based on real evidence from their former members.

In case you were unfamiliar with the series, Men of War is a strategy-based game that fuses tactical elements similar to that of Company of Heroes and the ability to directly control individual soldiers similar to third-person shooters as it allows players to really get up close to the action. Condemned Heroes puts you in one of the most intense campaigns of World War II in the role of men whose chances of survival seemed near impossible.

The single-player campaign is split into four chapters, each with its own set of missions. As characteristic of the previous games in the series, each mission consists of a series of objectives ranging from capturing enemy positions to defending against enemy counterattacks and could last between 20 minutes and half hour depending on the difficulty and previous experience with the games. One thing’s for sure; time will fly while playing the campaign as there is always plenty to do and there is no shortage of action. After completing the main campaign, the game also includes a set of bonus missions to supplement the amount of game time. 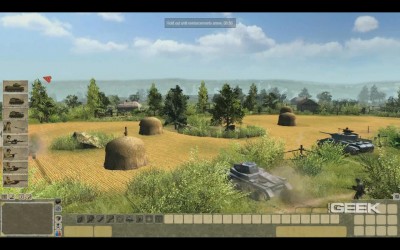 The game also features a multiplayer with a capture-the-flag and Victory flag mode. However, players may notice the lack of available games as they are simply hard to come by given the lack of an extensive community online. This may change as the price drops from its initial $30 price tag in the next few weeks. However, the single player campaign will consume a good amount of hours.

Condemned Heroes also received a nice face lift with a lot more detail in the overall environment of each map and of the actual units themselves, which further enhances the gameplay experience. The AI is also pretty well-balanced on both sides compared to the near impossible and almost undefeatable AI of Men of War: Vietnam. However, there are some small bugs where units would fail to react to the approach of enemy troop movements unless directed by the player. Despite that, the AI does put up a good fight as well as giving you support as you advance.

The overall experience of Condemned Heroes is pretty decent with a unique story and extensive campaign. Fans of the series would definitely want to pick this up. However, for those unfamiliar with the series, it would be advisable to download the demo of the original game to get a feel for the controls as they differ from traditional strategy games. The lack of an online community this early in the game’s release may deter those multiplayer fanatics from a full-price purchase of the game, but for fans and single-player enthusiasts, this is a welcome addition to the series. It wouldn’t be a bad idea to wait for an inevitable price drop.

One thought on “Men of War: Condemned Heroes Video Review”