You can think of these passages as an ode if you will, paying homage to a great adventurer of my young adolescent time. For when I was younger, and just beginning my first steps into the realm that is MMO’s, there were lots of new experiences and feelings to be enjoyed for the first time ever.  There was one man who seemed to share a similar experience with me while I ventured off into the world of Vanadiel (Final Fantasy 11 reference). Now a new chapter begins, and the game is different. The pace has been set, the “MMO” has evolved into a more hardcore, fast-paced world where monsters have become deadlier in size and in power; but players themselves have also joined the ranks of “Outlaws.” These are much different times we live in, when a person has to worry not only about what creatures lurk in the darkness, but what fellow players as well. These entries will serve as a marker, checkpoints throughout a journey that just might not have an ending. It will surround me, and those around me, who I call “friend” through our trials and momentous endeavors. 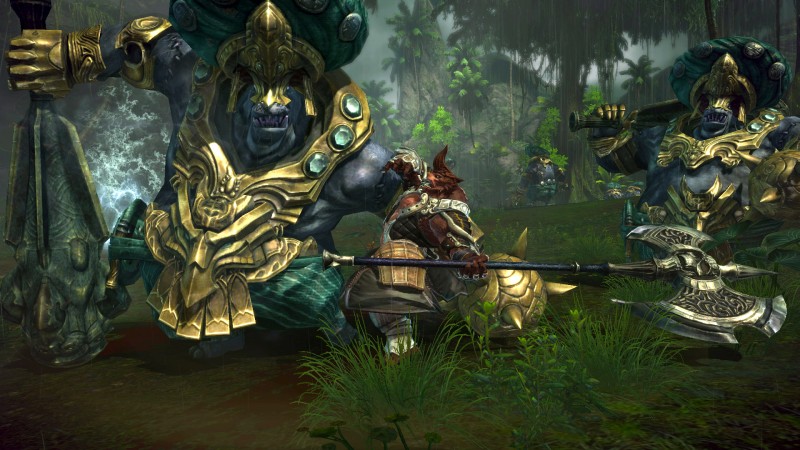 As eager as all of us, including a few of you reading or more, may be. Our beloved world has not yet been set on axis. Instead, the select numbers of us, who have willing paid our time, making sure things go off without a hitch have been grinding forth, experiencing as much as we can in the world that is Tera. With a release date right around the corner, I’m sure we’re all just as excited to begin our new adventures into a world unknown. The setting is in virtual space, the world is called Arborea(Tera Online), a land littered with several different races. Where each respective player will fall into their own niche when it comes to skills and crafts, from those who prefer the softer touch of the healing and restorative arts, to those of the armor toting, giant-sword swinging, enemy slaying variety. It’s a wide spectrum, and everything in between can pretty much be found. I didn’t fail to include you archers or mages, it’s just for a general idea. I’m sure throughout my travels I’ll get into greater detail of those individuals I come in contact with, whether it be on the battlefield or allied against a common goal. 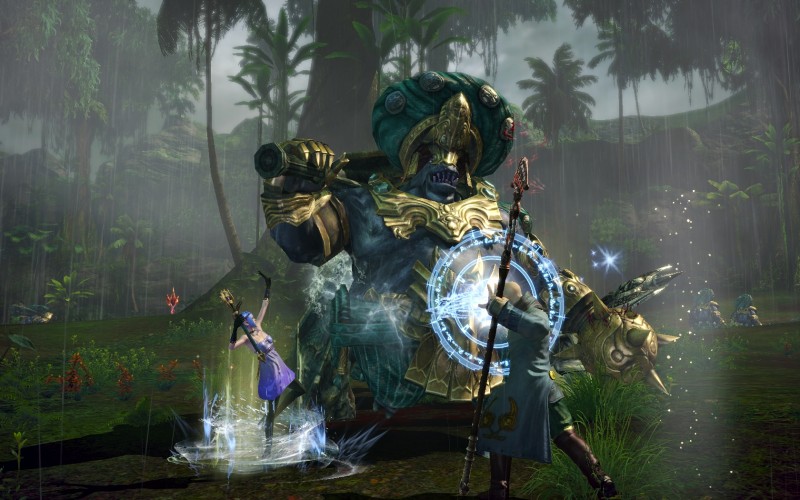 I apologize if I got a little carried away with the theatrics. I always seem to get caught up in the moment when I actually have the urge to write about something I enjoy. I will be logging my activities throughout my time playing Tera online, whether it’s as small as questing for levels, to PvE dungeon quests, and even PvP on a world scale. I will be rolling a male Castanic Berserker on most likely a PvP server for launch. The server is undetermined, but the continuation of these entries will follow after Open Beta and Early Access starts. From there, they will be slightly less theatrically written. I’m not quite sure on the format, but I’d love some feedback. I could even do a half and half like I did just now. Open up with a small portion of ridiculously cheesy journal like entries followed by a more casual approach to what took place that week of me playing. For those of you who may not know, I also broadcast, and with the launch of Tera I plan on casting pretty much all my time playing if not a good chunk of it. So it’ll be a great way to come see what happens AS its happening, and then wait to read about the awesomeness at the end of the week. Hell, you can even feel free to roll on the same server as me. Who knows, you may come across my path and find your way into one of these “Journal Entries.” Bear with me as I’m going to go back to my opening paragraph. I’m not sure if some of you are still scratching your heads like “huh, who the hell is he talking about?” If any of you are familiar with the magazine GMR, now known as Game Informer, before it got SUPER revamped, there used to be an awesome writer by the name of James Mielke. At the end of a couple of issues of GMR, he used to have a small section called “My Life in Vanadiel” where he blogged his daily happenings in the world of Final Fantasy XI. It was one my favorite reads when I was younger, simply because of the fact, I was the only person out of my friends who started getting into MMO’s around that time, especially with FFXI. So I enjoyed reading his entries and following along with them as I  had been experiencing almost similar occurrences in my own game on my own server. There’s really not much more to it other than that. It was a great read and something I really connected with. So I’m going to take a crack at it and maybe a few of you might actually come to enjoy what I’ll be doing here as well.