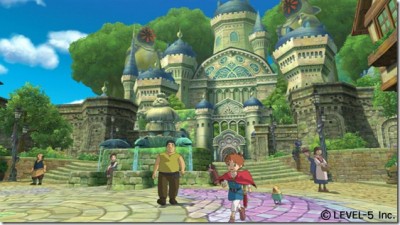 A lot more seems to be riding on the Western release on the Level-5/Studio Ghibli RPG Ni No Kuni: Wrath of the White Witch than previously anticipated. In a recent interview with Famitsu (translated by Andriasang), Level-5 CEO Akihiro Hino stated that he would like to work on a sequel to the PS3-exclusive, but such development will be determined by Ni No Kuni‘s success in the international market.

Released in Japan late last year without the subtitle (and with a non-cell shaded DS version), Ni No Kuni: Wrath of the White Witch will land in the West in early 2013. The long turnaround is, according to Hino-san, due to Level-5 wanting to insure a worthwhile English translation (Ni No Kuni contains over one million spoken words).

2 thoughts on “‘Ni No Kuni’ Sequel Dependent on International Sales”