Phantom Breaker, a 2D fighter from Japanese developer 5pb, faces steep competition from both sides of the Pacific. There are some big names on the fighter circuit: Marvel vs. Capcom 3, Street Fighter X Tekken, the more recent BlazBlue series, and the relaunch of the Mortal Kombat series to name just a few. Undaunted by these heavy hitters, Phantom Breaker employs some interesting concepts which might pique the interest of pugilistic gamers.

To its credit, Phantom Breaker is a fighter that’s very easy to pick up and play, but quite difficult to master. The control scheme is simple: the four face buttons correspond to light, medium, heavy, and special attacks. The special attack button can be pressed in conjunction with other buttons to unleash powerful specials: one for each combination of light/medium/heavy attacks and left/right/down motions on the control stick.

Performing special attacks is easy, but there are mechanics in place to make spamming these attacks an ineffective strategy. In addition to blocking, your fighters may also dodge incoming attacks by pressing forward just as the attack lands. A successful dodge puts your fighter in great position to counterattack. Your character may also parry incoming attacks by launching perfectly timed attacks of their own. While not as effective as blocking or dodging, parrying attacks can help you maintain your offense while protecting yourself. 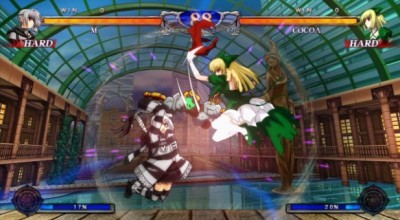 The key mechanic at work in Phantom Breaker is the tension gauge. The tension gauge builds as you attack. When full, you can deplete it to unleash a special attack, give your character a temporary buff, or force an enemy out of a combo. Proper use of your tension gauge is integral to both offense and defense – it is nuanced enough to be impactful in a wide variety of situations. Judging when to use your tension gauge, and for what purpose, is very engaging.

At the start of a battle, you may choose either ‘Fast’ or ‘Heavy’ modes. While it isn’t immediately obvious what the distinction is, you’ll see the difference should you use your tension gauge to buff yourself. When in Fast mode, your opponent will slow down and be vulnerable to combo attacks. When in Heavy mode, your character will take reduced damage and be immune to stun lock, allowing them to launch attacks after having been hit. Choosing which mode fits your playstyle is key to developing a strategy. 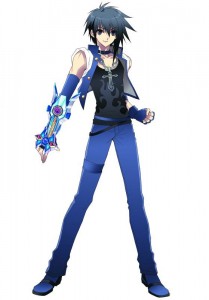 Don’t expect Phantom Breaker to blow you away with anything other than its fighting. The cast of fighters is passable, but the character design isn’t inspiring. Each fighter has a unique feel in combat, but they look as though they were plucked right out of a generic anime. The in-game character models and animation could definitely have used some work; the game would’ve benefitted from some extra frames for each animation and some sharper visuals.

Phantom Breaker lets you choose from the story and arcade modes, local and online multiplayer modes with no real tournament support, and training mode. Phantom Breaker does support recording and viewing replays, which is certainly appreciated. But additional game modes would have given this game some more legs.

While Phantom Breaker may not match its competition in terms of production quality or amount of content, but it does distinguish itself with its fascinating approach to the traditional ‘super move gauge’. We can’t recommend this game to everyone, but fans of the fighting genre who are looking for something new may want to check out Phantom Breaker.