Back in 2010, Superbrothers: Sword and Sworcery EP happened to bring home the Independent Games Festival Mobile Achievement award in art. Since then, gamers could only experience S:S&S EP on Apple’s i-devices.

During its time of exclusivity on Apple products, critics raved over its unique and artistic take on gaming. It even landed the #9 spot in Time Magazines Top 10 Video Games of 2011. But as of April 16, 2012, it entered the PC gaming ring to fight among the seemingly infinite number of titles already available. The question on everyone’s mind is, “is it still THAT good once you experience it on a more traditional platform?”

Playing the role of a Scythian female warrior, you set on your quest to find the mystical Trigon Trifecta. You encounter a few friendly faces, namely a girl named Girl and a lumberjack with his dog companion quaintly named Logfella and Dogfella, respectively. But during your adventure, you awaken an unspeakable evil within the caves of the Mingi Taw.

Based on trailers and screenshots alone, it’s tough to understand how Sword and Sworcery is played. Traditionally, it falls into the Adventure genre as you point and click your way from static screen to screen and solve minor environmental puzzle, but occasionally, your exploring is broken up with a few quick fight sequences. While there are no illogical solutions to some of the game’s riddles, it still suffers from genre-wide issues prevalent to classic adventure games. 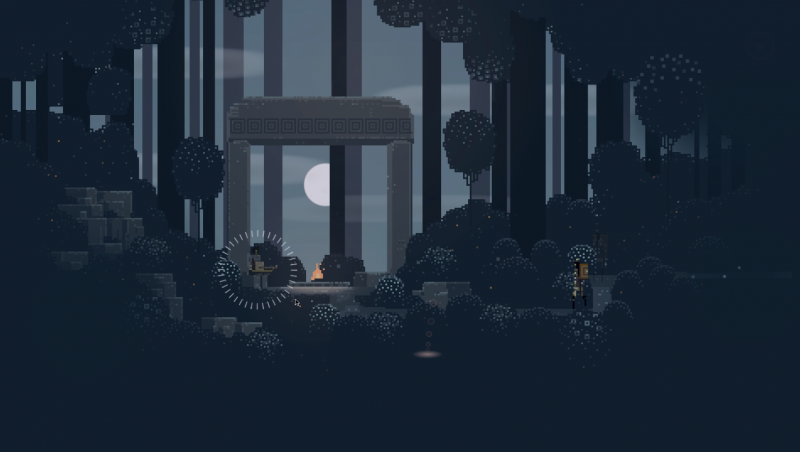 There will be times when you can’t help but wonder, “What does the game want me to do now?” The Megatome found within the game helps you recollect past conversations and the The Archetype character will help you remember what you accomplished in your previous playtime. But for the most part, the game severely lacks a simple “help” menu.

Visually, Sword and Sworcery uses a neo-retro art style that sets it apart from other adventure games and indie 2D platformers. The environment and most of the characters are created with large pixels and simplified shapes, while the sprites and a few special effects are created out of gradated vector shapes. This artstyle not only makes it unique, but it helps its transition from the tiny eye-straino vision of iphones and iPads to larger desktop monitors. 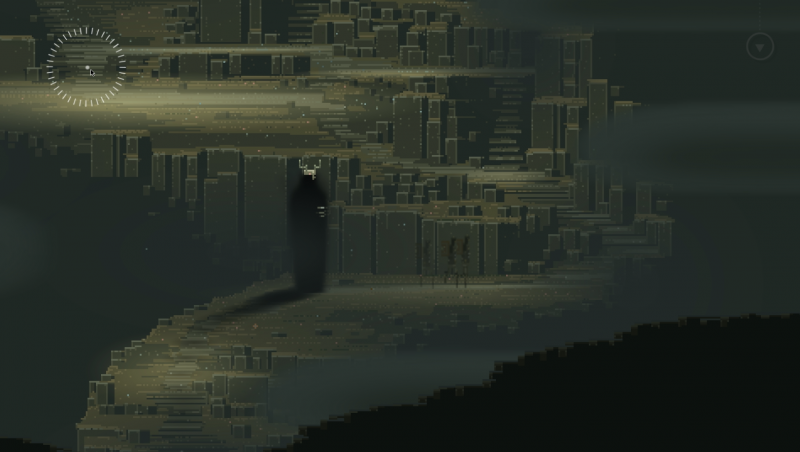 So few pixels, but still manages to be frightening.

More than just a video game, S:S&S EP is an experiment in music and minimalist storytelling. The sound effects of S&S are all emotionally charged and pull at the heartstrings. While Jim Guthrie’s soundtrack will entrance you and pour liquid gold on your eardrums. No, the story isn’t some grand epic sung over 10,000 stanzas, but its archetypal simplicity is extremely well translated in nothing but a few words and thought bubbles. It harkens back to the days when gaming required more use of your imagination than most games require now.

Aside from these unshakable praises, Sword and Sworcery’s most dangerous flaw that might be exacerbated by this shift to a new audience is in its meta games (or in this case, they might be referred to as exo-games). At points, S&S requires you to leave the game off for hours, or sometimes, days, to properly progress “without cheating.” For portable gaming this might not be a problem, because portable gaming, generally, is portioned in small digestible chunks. PC gaming is generally approached for the longer haul and gamers might not appreciate needing to wait hours or days to properly progress the story.

But all in all, we’re very pleased with Superbrothers: Sword and Sworcery EP. It’s short, but sweet. Potent is the best way to describe it. The minimalist storytelling is a nice change of pace. The visuals are fantastic. And the soundtrack is good enough to buy twice. 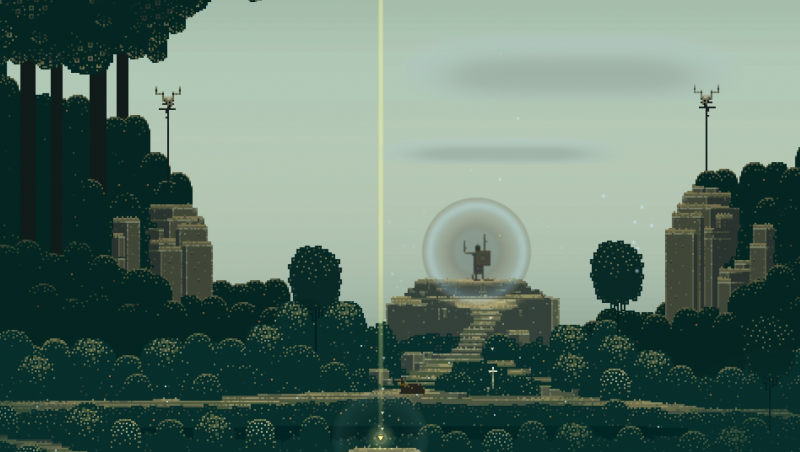 The game is worth the sticker price for the soundtrack alone.

While some players may feel this game skates too closely to the line that divides what is pretentious and what is artistic, we are happy to count Superbrothers among the very few artistically driven designers in the market like Tale of Tales and Thatgamecompany. For gamers who want something with a little more emotion in their next digital experience, we can say that S&S is worth the asking price.