The Warriors Orochi branch of the Warriors series is all about fan service. In this series all of the characters from Dynasty Warriors and Samurai Warriors, plus a few special guests, are stuffed into one game where they join forces to fight the legendary serpent king Orochi. This time Warriors Orochi 3 brings in over 130 different characters to fight Orochi, other various mythical gods, and each other. While newcomers to the series should not jump head first into this game, fans will undoubtedly enjoy another outing with all of their favorite Warriors characters. 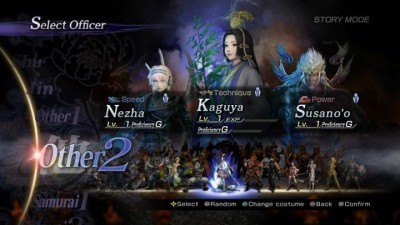 Orochi 3 sticks with what the Warriors franchise is famous for: hacking and slashing. Expect to mow down countless enemies throughout the course of this game because there is not much more to it than that. One of the main differences of the Orochi series is that you play as three characters instead of one. You can freely cycle between the three you choose throughout the stage, and the two characters you are not playing as regain health and can help out as support from time to time. This is a good way to ensure that you will use most of the characters available to you.

Typically the story in these games is broken up by faction, but this time it takes a more interesting turn. The story starts off with the last three living generals fighting a giant hydra. Just when it seems that their luck has run out, a mystic appears out of nowhere and teleports them back in time. You then take matters into your own hands by playing various levels and recruiting the now still alive characters for your second fight against the hydra.

In addition to the main stages, there are also sub-stages that will unlock additional characters. For example, a character might die on a certain stage, but after you completing that stage another one will unlock and take you back in time to find a way to save that character. That might sound a little confusing, but overall the story is easy to follow and a nice change of pace from how the story is usually structured in Warriors games. In the end all they do is take the fact that you can do anything with time travel when you don’t have to worry about paradoxes, and run with it. 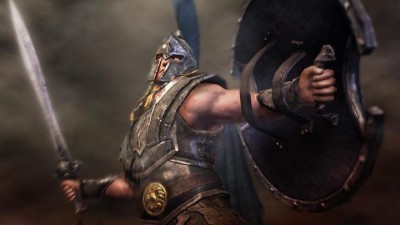 You got Legends of Troy in my Orochi 3!

Orochi 3 has some graphical ups and downs. On the upside, some of the stages have been restructured from old games to fit the Orochi style, and some of them look hellish… in a good way. There are also stages for the guest characters like Ryu Hayabusa and Ayane, and those are really cool. As for how the game looks in general, it looks like it has taken a small step back from previous games like Dynasty Warriors 7 and Dynasty Warriors Next. The enemy pop-in is back to the point where an enemy officer can land a cheap combo right after he magically appears next to you. There are also decent load times for most of the in game cut scenes. In my experience with Warriors titles that has never happened, so why now?

The music in Orochi 3 makes good use of both the Dynasty Warriors and Samurai Warriors soundtracks and gives players a mixture of the classic hard rock guitars, and more traditional sounding Asian music. Unlike most Warriors titles, Orochi 3 only has Japanese voice acting. I was a little disappointed because I have grown to love the English voiceovers, but it is in no way a deal breaker. In fact, many people will probably prefer the Japanese voices. Still, it would have been nice to have an option for English voice acting. 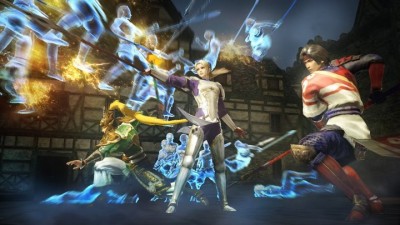 The end of a triple attack

As you have probably guessed, the gameplay in Orochi 3 is mostly unchanged from other versions. Light, heavy and special attacks are all there, and you still mow down a ridiculous amount of enemies per level. The main changes to the formula involve the character switching mechanic. In all of the Orochi games you pick three characters and you can switch between them during the level. In Orochi 3 the two characters you aren’t playing as can act as support. They can come out and attack when your main character is hit, you can chain attacks between characters and keep your combo meter going, and when a certain meter fills up you can perform a “True Triple Attack.” This attack brings all three characters out at once and decimates any enemy they touch. The only complaint I have with the triple attack is that the animation looks strange. At first, enemies pop in everywhere and it looks like the attack glitched out, and then it does a very anti-climactic attack animation for each character. Still, that is a very minor complaint, and overall the character switching mechanic adds some depth to the combat system as well as some light strategy. 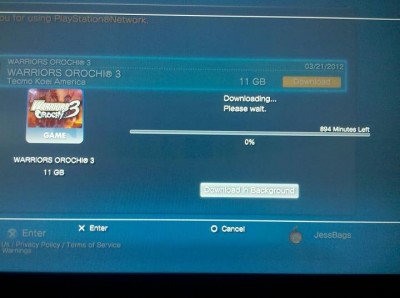 The thing I was looking forward to more than anything else was the “Musou Battlefield.” This is a stage editor of sorts, and it allows you to make custom stages. Unfortunately, it is not nearly as fleshed out as I was hoping. Instead of making your own stages from scratch, you basically take an already existing stage from the game and switch officers and enemy types around. You can upload your custom stage, and download stages made by others, but in the end it adds very little to a game that doesn’t have a big online following to begin with.

Before I conclude I feel like it is worth mentioning that if you live in the US and only have a PS3, you will have to download Warriors Orochi 3 because there is no disc based version available for the PS3. It is a whopping 11GB download, but fortunately it is $10 cheaper than the disc based version for the 360.

In the end, Orochi 3 is complete fan service from head to toe. The 130+ characters give that fact away immediately, but instead of relying solely on the fan service, Orochi 3 offers up an interesting story, a cool way of unlocking characters, and some engaging new gameplay elements that give you more options on the battlefield. While it doesn’t look as good as a couple of the previous Warriors titles and the Musou Battlefield isn’t as fleshed out as I had hoped, Orochi 3 is still a very worthy title for any Warriors fan’s collection. However, if you’re looking to jump into the series with Orochi 3, I would highly recommend starting off with one of the Dynasty Warriors or Samurai Warriors games first so you can have an idea of who all of the characters are.