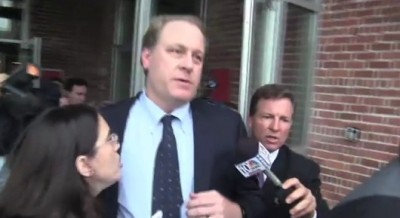 38 Studios’ check to the Rhode Island Economic Development Corporation was returned due to insufficient funds, according to local news outlet WPRI. The $1.125 million owed by the Curt Shilling-backed studio was the impetus for the company’s default on May 1st, as per a 2010 loan agreement. Rhode Island Governor Lincoln Chafee stated that the EDC will still accept the late payment if the studio can procure the funds.

According to Joystiq, the studio behind Kingdoms of Amalur was unable to pay its employees for the week, despite laying off temporary and contract staff. Keith Stokes, the EDC Executive Director who help craft the game company’s $75 million initial loan, resigned Wednesday evening, Governor Chafee has yet to announced a replacement. 38 Studios has received $49.8 out of the potential $75 million, with $12.8 million set aside in case of default, according to the EDC. Should 38 Studios close its doors, the $75 million will be paid strictly through state taxes.

“A check from 38 Studios was hand-delivered to the Rhode Island Economic Development Corporation at approximately 5 o’clock this evening.” read a statement from Governor Chafee, “However, upon learning from the Chief Financial Officer of 38 Studios that there were insufficient funds to cover the payment, the check was returned. The EDC remains willing to accept readily available funds.”