A lot can happen in a month..

For those of you who are following, you’ll remember talk about a guild, hitting Open Beta level cap, and progressing into the future. Well… things sort of went a lot differently then I’d hoped for. Let’s just start out with the basics.

Leveling in Tera is definitely a lot  more fun when you’ve got a solid group. It’s also a hell of a lot faster. I believe I was level 38 last we checked in. I’m now capped at level 60. Granted, that’s with many a night without sleep and power grinding through quests to  help me obtain such a feat within only 4 days or so. However, I did about 75% of my leveling solo quest grinding and maybe matchmaking through instances. Still, not that big a deal as it all went relatively fast. There were hard times and there were those levels that were simply MUCH easier then the others (I hate you Elenea, btw). With all that being said, I like to think my leveling experience was fantastic. I was super psyched to see new areas of the game beside the three main regions I’d visited during the betas. Reaching new major cities and reveling in all their glory was enough to excite the inner MMO nerd in me. Kaiator pride, am I right guys?!  For those of you who followed my adventures of leveling via the stream, I appreciate it—the company was more then welcomed. 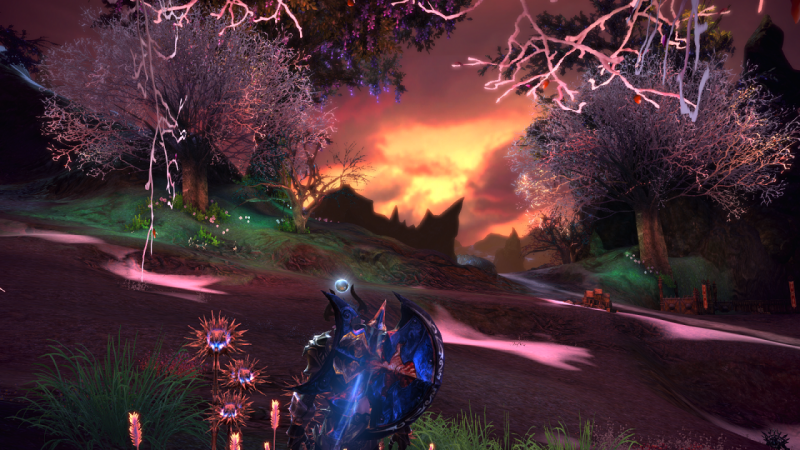 I SAW A DRAGON!

One of my most memorable events during my leveling process was in one of the higher level dungeons I stumbled into on accident with a group. It was probably the most fun I’ve had in an instance in Tera thus far. Too bad I don’t recall the name exactly, but I’m sure those who’ve been playing will know exactly what I mean. Anyways, it’s this lush garden area you run around and the first boss is really nothing original. Yeah yeah yeah, I’m up to bat and I’m about to knock a homerun out of the park on this giant rock golem once again. Nothing special. As we continue venturing deeper into the garden, I manage to get separated from the group. They all start shouting for me to hurry up because they’re at a boss. As I rush my mounted ass to the spot I see this GIANT DRAGON hovering over them and spitting fireballs from the heavens, scorching the earth in its wake. I know, a little exaggerated, but I had no idea there were dragons in this game. You can imagine my excitement as I sat there on my mount. The rest of my group was caught up in the heated battle, and the only words to escape my lips were “ZOMG A DRAGON!” Needless to say, I buried my nerd deep inside and did what must be done. As a previously trained Dovahkiin, this dragon didn’t stand a chance. 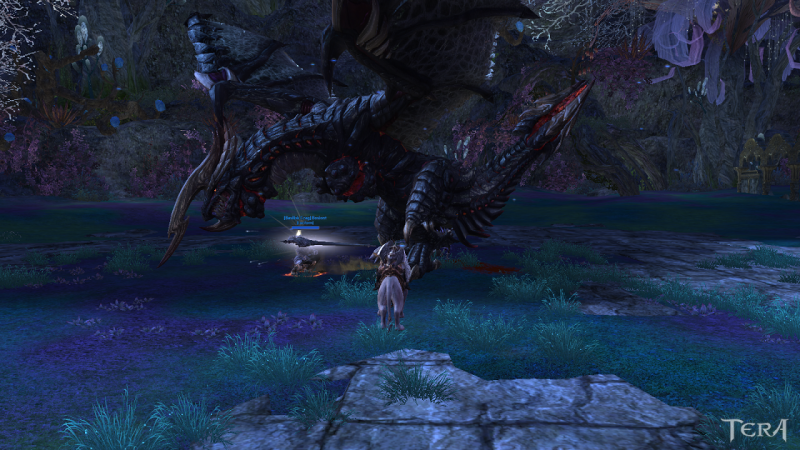 So here I am, a level 60 Berserker. What’s there to do? Well there’s dungeons of course. The hunt for gear and all the expenses that come with it… and boy is it expensive. There’s the normal dungeons to help you get the gear you’ll be needing to be decked out and ready for the hard mode variations of those dungeons. Basically it’s the same dungeon experience just a HELL of a lot tougher. The one area, unfortunately, that Tera seems to be lacking in is variety. Good thing I’ve always been more excited for PvP.

So I’ll sit patiently and wait for the arrival of BG’s and Arenas hopefully in the near future. Oh yeah! What MMO would be complete without the ever-loving Daily Quests. You all know you love them. Am I right? Yeah? I’m pretty sure the sarcasm and enthusiasm is translated QUITE well via text. But yeah, there’s dailies to be done. They’re not too bad. You do get to see some awesome areas.  It’s just after the 5th rotation of doing them, those areas might become slightly stale. I’m just glad there’s still world PvP to keep me on my toes. And for those of you wondering how I’m enjoying Berserker at level 60, I’m loving it. I’ve never not liked playing my class, and with a small bug fix, PvP’ing to me is a lot more intense now. Not much more to that. 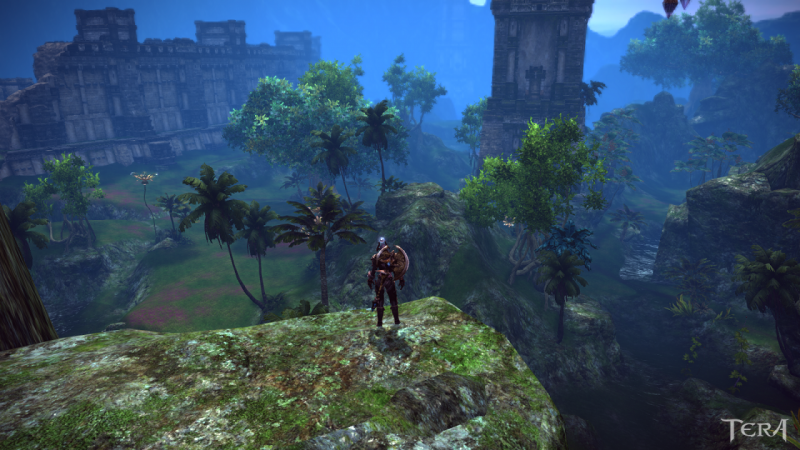 As stated…a lot can change in a month

I am no longer a part of Terminus. Just might as well throw that out there. Some of you I play with in-game already know this, and those of you who watched the stream wouldn’t know that. It was a bit of a disappointment, but it was something that had been coming due to internal conflicts with the guild itself. I have no problems with anyone in the guild and they all know this. I didn’t leave for personal reasons either. It was just a move myself and Cream made when we realized there was hardly any activity anymore. The hardcore guild we had hoped for had become a tad more casual. Don’t get me wrong either, there’s nothing wrong with playing casual. We’re just looking for a bit more. We’ve joined a guild called Thirsty for the time being. I’m sure those who are a part of Jagged Coast already know this guild or have seen some of the members streaming. They clear endgame content and PvP a lot. Nothing more to say here. I’m sure by the next post there will be a TON of new major changes. With a major patch around the corner(aka tomorrow) the game should start picking up once again. I can’t wait. 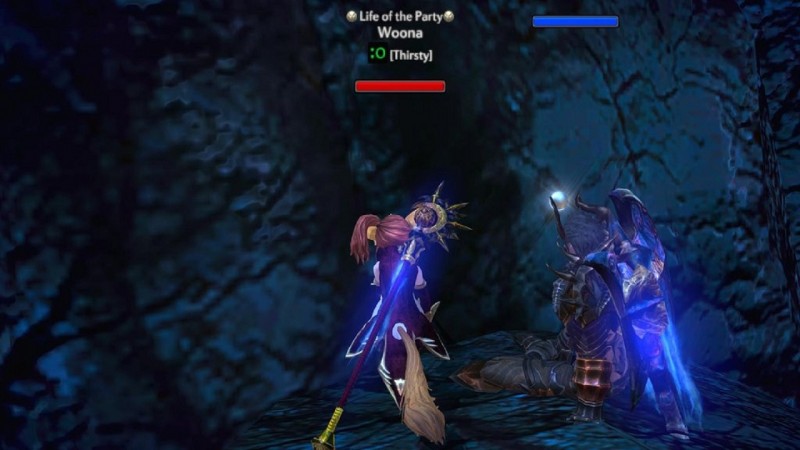 Did I mention we stare at walls? Until next time everyone! I’ll see you in game.