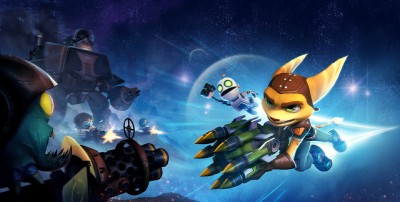 The 11th game in the Ratchet and Clank franchise will be making its way to the Playstation Network sometime this Fall, according to a Playstation Blog announcement from Insomniac Games head Ted Price. Ratchet and Clank: Full Frontal Assault is being heralded as a return to classic series form, third-person camera and all, with a co-operative multiplayer campaign strongly hinted at. A “special surprise” for franchise fans in North America was also hinted for the coming weeks. More on Full Frontal Assault is expected during Sony’s E3 press conference this Monday.