Based on the novel by Seth Grahame-Smith, Abraham Lincoln: Vampire Hunter is a film that turns history on its head by transforming one of the most well known and respected U.S. Presidents into a badass, axe wielding, vampire slaying machine. Directed by Timur Bekmambetov, and starring Benjamin Walker as Lincoln, AL:VH is gruesome, funny in an “Abraham Lincoln is a vampire hunter? That’s so wacky!” kind of way, and most of all, very entertaining. 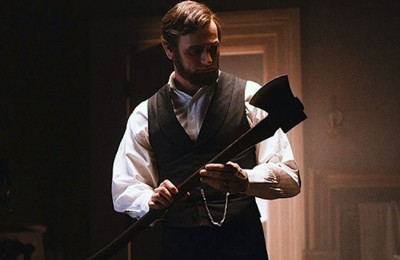 Back in my day I could kill 60 vampires without breaking a sweat.

AL:VH is an action movie at its core. The whole movie isn’t one giant vampire killing fest by any means, but when Lincoln isn’t killing vampires you are eagerly awaiting the next time does decide to off a few. Thankfully, the scenes in between the action won’t bore you to tears. There are a couple that drag on for a little too long, but for the most part it is a good blend of action and plot.

With a title like this one you can easily deduce that this movie is not going to take itself seriously. AL:VH is a story of vengeance starting when Lincoln was a boy and had just witnessed his mother being bitten by a vampire. Years later he stumbles across a hunter who teaches him how to kill vampires, and after a couple botched attempts he gets pretty good at it. This path, strangely enough, leads him to speaking out against slavery, and eventually to the White House. For a B movie released in the summer months, the story is competently told, and with the help of the action it rarely gets boring. 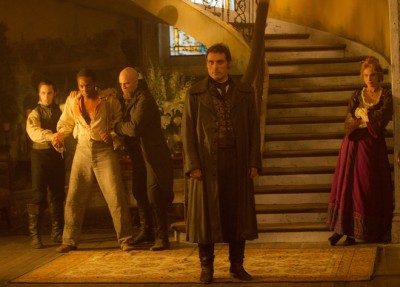 Who are you, and why should I care?

Even though Walker is relatively unknown in the acting world, he pulled off a great vampire hunting Lincoln. He is also surrounded by a great supporting cast. The surprising standouts for me are Mary Elizabeth Winstead (Ramona from Scott Pilgrim) and Jimmi Simpson (Liam McPoyle from It’s Always Sunny in Philidelphia) as Mary Todd and Joshua Speed respectively. It was strange to see Winstead without blue hair and a giant hammer, but she proved she could play a high class woman from the mid 1800’s as well as a hipster girl from New York. Simpson evolved the character of Joshua Speed from an awkward store owner to a heroic guy who fights beside Lincoln no matter what.

While the character development was great for the most part, when it came to the vampires it was noticeably lacking. Throughout a good portion of the movie I figured that the vampire that killed Lincoln’s mother was going to be the big bad guy. However, the actual bad guy and most of his entourage are introduced halfway through the movie and the process seemed to be rushed. They never had time to develop before the last big action scene, and it left me wondering why they were so much worse than the other vampires. 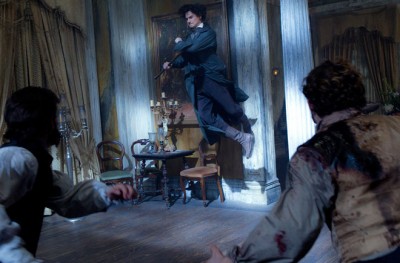 The best part, and the part most of you will probably see this movie for, is the action. There are plenty of fight scenes and Lincoln’s axe wielding prowess never gets old or tired. However, for good measure the movie throws some other stuff at you like gunplay, some fisticuffs here and there, and a scene with a stampede of horses that you just have to see to really appreciate. There are plenty of clever and gruesome deaths, and the whole time I was thinking, “I’ll be damned if this wouldn’t make an awesome video game.”

Abraham Lincoln: Vampire Hunter is exactly what a summer movie should be. It’s a fun action movie that is not meant to be taken seriously, and it succeeds in its mission. The story was average, but well told, and the acting was very good despite some character development issues. The actions scenes are where it’s really at though. In the end, this movie is genuinely entertaining, and if you don’t catch it in theaters it is worth a purchase, or at the very least a rental when it makes its way to DVD and Blu-ray.