Lately I have been spending time with my daughters teaching them how to stack blocks. Funny thing is, when they get bored of stacking them, I usually find myself trying to build the highest towers that I can before they come crashing down. In fact, just the other day my wife told me to stop playing with blocks so I could help her round up the girls as they were making a mess in the kitchen. It happened again the other night as well, only this time I was stacking virtual blocks in Shin’en Multimedia’s Art of Balance TOUCH! for Nintendo 3DS. I guess I just have a thing for stacking blocks that I never really shook off from when I was a kid.

Art of Balance is a simple enough concept; the player is handed a bunch of blocks that they must properly stack. The goal is to make a tower that can stand tall and proud for roughly three full seconds. The game starts out easy enough, with simple shapes and easy tasks for the player to complete, but the game really comes into its own when it begins to throw new ideas at the player. Each of the game’s eight sections has their own unique mechanic which introduce their own set of rules. For example, there are glass blocks that can only handle so much weight before shattering, and then there are blocks that actually flip the gravity of the playing field. The final stretch of the game throws all of these concepts at the player at once, tasking them to deal with everything they’ve learned up until that point.

The fun of Art of Balance comes in the multiple solutions that are present in nearly all of the 200 puzzles. There is generally no definitive way to solve a puzzle, leaving plenty of room for players get creative in the way they make use of their blocks. This creativity on the player’s part is where Art of Balance finds its true strength. The eureka moments keep coming, and there are some tense moments where the tower is in the midst of falling where I found myself hoping that the clock will hit its three second mark before it crashes completely.

Unfortunately, there are times when tower has a way of falling when one wouldn’t expect it to. Occasionally the physics have their wonky moments, where objects that appear to be laid into place on solid ground find themselves moving in odd ways. This isn’t a deal breaker, but it can make for frustrating sections, especially when the blocks seem to get a mind of their own. It doesn’t happen all of the time, but it happened in certain puzzles enough times where I couldn’t forgive it entirely. 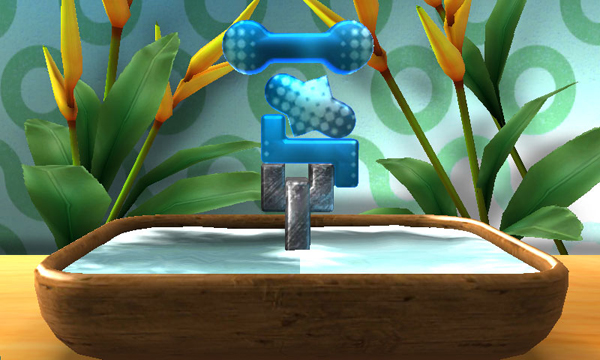 The camera can also be a bit odd, which is strange in a game where one wouldn’t think the camera would be a bother. In particular, when the tower gets too high, the camera almost refuses to follow the pieces upward, making it cumbersome to place those really high blocks. It would seem like the game doesn’t want the player to stack pieces that high, but I’ve successfully completed puzzles doing this, so obviously stages can be completed this way. Why the camera doesn’t pan up any higher is questionable, and again, makes some tricky placement even harder to manage.

There is also a sort of “hover intent” where the camera will slowly pan in if a piece is being held into a particular area for a certain amount of time. In theory, this should be handy, giving the player some aid in allowing them to place the piece exactly where they want it. Unfortunately, I found that as I moved the piece around during this pan, the camera would get confused and begin to pan out. Before I knew it, I found myself fighting with a confused panning camera. The hover intent is a great idea, but the execution needs some work.

Regardless of these issues, I had a hard time putting Art of Balance down. The core game itself is addicting, and the additional blocks added to each section shake up the mechanics enough to the point where the game never becomes repetitive. The 200 puzzles also means that there is plenty to do, and for the players that truly can’t get enough, an additional Endurance mode along with a wall of 13 achievements will add plenty of game time. That said, nearly all of the achievements are unlocked just by completing all of the puzzles, though a handful are saved for extremely difficult Endurance mode.

Effective touch control (something I’ve missed in most 3DS games), a mellow jazzy soundtrack, and some beautiful visuals help round out the overall package. There is enough here to keep players engaged for quite a while, and for someone like me that apparently can’t get enough of stacking blocks, this game is worth stashing on the 3DS menu.

I never played the WiiWare original of this game. From what I understand, 100 of the puzzles are from the WiiWare game and 100 puzzles are new to this version. The Endurance mode and achievements are also new. So it could be worth double dipping if you loved the WiiWare one enough.

It took me close to 10 hours to clear all 200 puzzles. Some were much harder than others. Game time of course varies depending on skill.

The 3D on this game looks really nice.