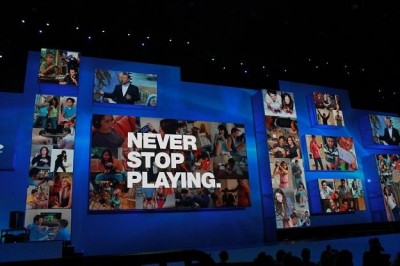 Despite industry presumptions to the contrary, the Playstation Vita played a much smaller role in Sony’s Press Conference yesterday than expected, 3D not even getting a mention. Giant Bomb tracked down Sony Worldwide Studios head Shuhei Yoshida to discuss the absences, who stated his activity on Twitter gave him an awareness of audience expectations far ahead of time.

“I think that’s our fault to not be able to meet expectations,” Yoshida explained, “I understand. We really tried hard this year in terms of planning the conference to make it shorter. We’ve been criticized and made fun of! Our marketing department said we’re going to make it short and sweet, and we were really selective in terms of what to show.” He continued, “We could have focused more on new, exciting PS Vita titles…That’s our fault.”

When asked about the complete lack of 3D at the show, Yoshida responded, “While I was waiting for the show to start, I was watching the Twitter feed and one journalist tweeted: ‘thank god there’s no 3D glasses…I showed it to Mr. Kaz Hirai and he laughed. What’s happening with 3D is that it’s no longer new…I think that initial evangelizing period is over,”

One thought on “E3: Sony Explains Lack of Vita, 3D at Press Conference”