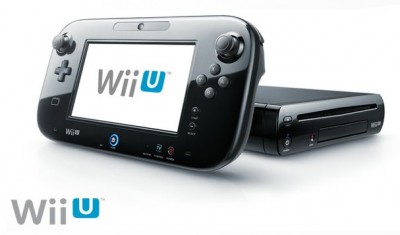 The first of Nintendo’s post-press conference press conferences was held earlier tonight, focusing primarily on providing further details on Wii U hardware. Nintendo’s Katsuya Eguchi lead the demonstrations of some of the attractions to be featured in the Miiverse social game/experience “Nintendoland”, as well as field some questions from the assembled press.

Beginning with a video demonstration of one of Animal Crossing: Sweet Day‘s available mini-games, four players were assembled in a candy-strewn environment, tasked as either a sugar-hungry animal or a guard chasing the beasts away from the stock. While not confirmed as such, the dual-role mechanic plays into the asymmetric gameplay idea utilized in the Gamepad vs. Wiimote dichotomy discussed during the Big N’s morning Presser.

Donkey Kong’s Crash Course debuted next, gameplay consisting primarily of using the Gamepad to tip a rolling kart down a series of increasingly complex ramps while collecting bananas. The Legend of Zelda: Battle Quest split the screen for two adventurers: one using a bow and the other equipped with shield and (presumably Master) sword hunting down cartoonish game.

Eguchi emphasized that while the games look simple, they do contain surprising depth. A goal was to not succumb to the simplicities of previous mini-game efforts like Wii Play. The Nintendoland plaza was demo’d at greater length, as was the coin currency that is collected upon mini-game completion, which can be traded in and transformed into decorative statues for personal spaces. The Miiverse is connected through all Nintendoland activity through the plaza hub, and features a message board system that includes gameplay data on user accounts (reportedly to avoid illegitimate complaints against unplayed software). Said message board will also censor spoilers.

An F-Zero mini-game debuted in a very Mario Kart-esque fashion, with a focus on avoiding obstacles like tornadoes. New Super Mario Bros U was brought out, emphasized as its own separate “series” within Mario canon. Miiverse integration with the title was expanded on from this morning, describing two distinct modes of operation: comment prompts at certain parts of the game, and a boost mode which allows blocks to be placed in-game via GamePad touch controls. Solo New Super Mario Bros U play can be executed solely on the GamePad, without a television set.

The Q&A session yielded a few non-answers, but also confirmed that the Wii U is intended for the same general age audience as its U-less predecessor. When asked about the challenge of dual-screen technology, it was emphasized that the primary goal was to determine how the role of each screen was divided. Perhaps most important of the evening, it was revealed that all purchase data and save files will be completely transferable from Wii to Wii U. The show concluded with the assurance that the New Super Mario Bros experiences on both Wii U and 3DS will stand on their own, as Nintendo wants to fully realize the unique characteristics of each platform.