When most gamers think of a top-down action RPG they think of games like Diablo or Torchlight. The fantasy setting has been a popular standby for this genre, but Soldak Entertainment is trying something new with Drox Operative. They have opted to make an action RPG in a sci-fi setting, so instead of taking your berserker to go kill the skeleton king, you are a small spaceship trying to make it in the big galaxy. 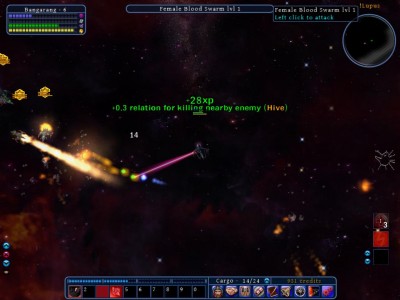 In Drox Operative you play as an elite space captain who is a part of a very selective guild. The main objective in the game is to ally with one of the many different races and help them destroy the other races and take over the galaxy. Along the way you do what you do in any action RPG: you fight, you loot, and you upgrade.

There are a few things that make Drox Operative stand out from other action RPGs. Besides the fact that it’s in space, you also control a ship the entire time instead of a person, and instead of linear dungeons you are in wide open solar systems. There is no main town to buy and sell gear, and you can be attacked at any time. This means finding an ally should be your top priority because they will help fend off enemy ships if you are near their settlements.

As you start Drox Operative you choose between a wide variety of ships. Each one has their pros and cons, much like the different classes in fantasy action RPGs. You name your ship and select your difficulty level, and then you are dropped into a randomly generated galaxy. It’s overwhelming at first, but Drox Operative is there with helpful hints and tips on what things are and what you should be doing. 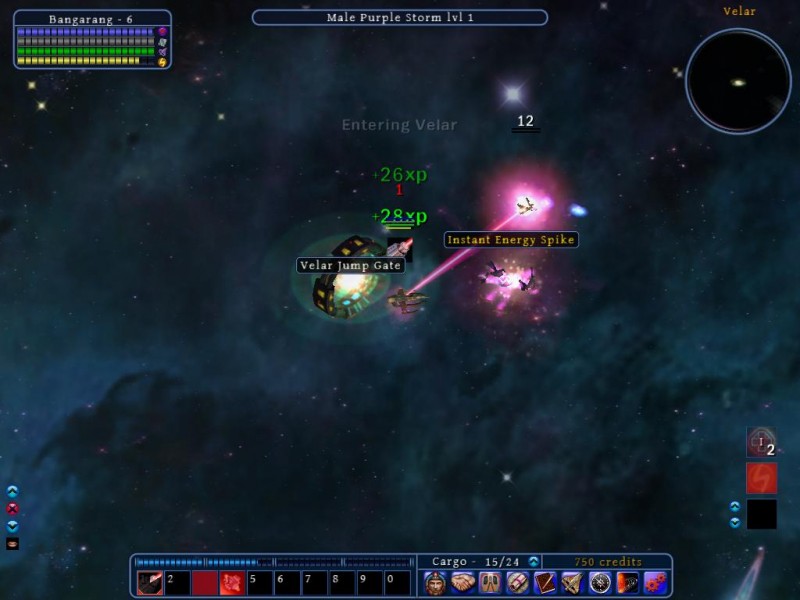 Jump gates are how you fast travel

Unlike most action RPGs, Drox Operative does not really have a set story. It’s mainly up to you to figure out who you want to ally with and who you want to destroy. As you take quests from various races you will find out that the galaxy is very large and you will have to read a little to find out which star system or planet you need to go to. Completing quests boosts your relationship with the race that gave it to you, and depending on what you did, you might also diminish relationships with other races. The other races don’t just sit around waiting for you to finish quests either. If you take too long odds are they will just do it themselves and you will fail it, so pick and choose what quests you take.

While that might sound a little complicated, the core gameplay is very similar to most action RPGs. You fly around in your ship either doing quests or just exploring, destroy enemy ships, take whatever loot they drop, and either upgrade your own ship, or sell what you pick up. As you level up and get new parts you will be able to venture into new solar systems with more powerful enemies and get even stronger. Your ship will also change appearance and over time will look much more formidable than the tin can you start in. Just don’t go too far too fast or else you will be destroyed. 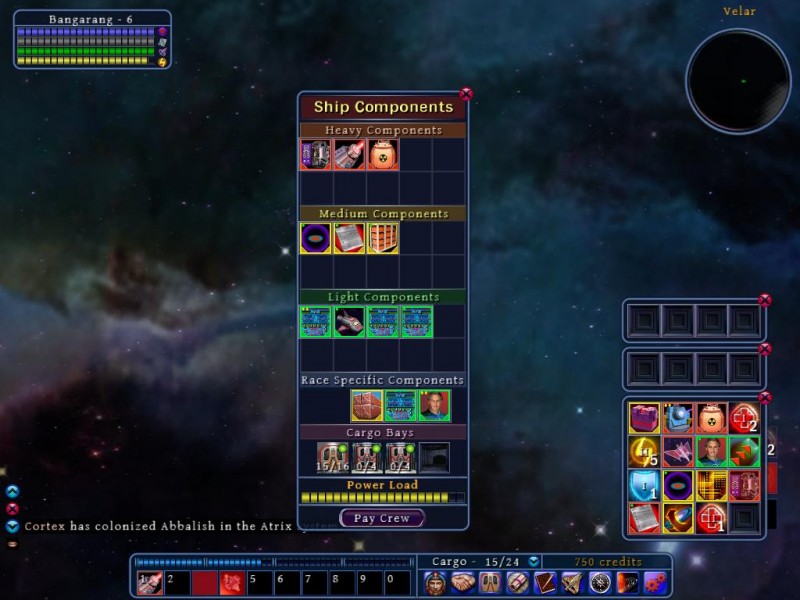 Yes, that is a nuclear power plant on your ship. Don’t worry, you’re only glowing a little.

The inventory and equipment section is broken down into 3 different components: heavy, medium, and light. You have a set number of component slots in each section and you will need to put items in those slots to make your ship more powerful. There are a lot of things you need to take into account when you equip items. A few of these things are how much defense you have, how much energy your lasers are using and how much of your ship’s power you are using. If you run out of energy in the middle of a firefight you will have to run or else you will be a sitting duck with no lasers. Also, if you go above your power load by equipping too many items your ship will be considerably less powerful. Thankfully in addition to the different weapons, shields and armor plating you can find, there are also items that boost things like energy and power load.

Since Drox Operative is so freeform and the maps are randomly generated each time you start a new game, it has to potential to be highly replayable. As you get better you can select special options on the difficulty screen to give yourself more of a challenge. Among these options are map size, number of different races in the galaxy, and how powerful your enemies are when you start out. You can essentially customize the galaxy to make it exactly what you want each time you play.

Action RPG fans will want to keep their eye on Drox Operative. It is an interesting take on the genre, and we’re looking forward to seeing the final product. Drox Operative is currently in its beta stage, but we hope to hear a final release date soon. Look for it on PC and Mac in the coming months.

Check out Drox Operative and Soldak Entertainment’s other game at http://www.soldak.com.