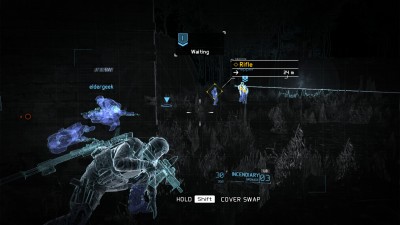 The fascination with the modern and futuristic warfare in gaming continues with the latest installment brought to you from the mind of Tom Clancy and Ubisoft, Ghost Recon: Future Soldier. As the title implies, Future Soldier puts gamers back in the boots of the elite U.S. Army Special Forces unit, the Ghosts, equipped with the latest technology to make them the most feared and advanced warfighters of the 21st century. Players get to utilize several nifty gadgets including adaptive camouflage, X-ray vision, and unmanned aerial and ground vehicles.

The game features several modes including a campaign, competitive multiplayer, and a wave-based survival mode called Guerrilla, which could be played in alone or online with a group of friends.

The extensive campaign allows you to play single-player or coop online. Characteristic of Tom Clancy games, the campaign story is one riddled with conflict that takes players from one part of the world to the other.

Each mission provides a set of unique challenges that give unlock bonuses of gear for use in multiplayer or for replaying earlier missions to achieve higher ghost scores, adding longevity to the campaign. The combination of cutscenes and pre-mission briefings add a nice bit of dialogue and comic relief, which gives a humanizing element to the individual Ghosts. Maps provide a nice balance of urban and country settings. While the more rustic environments often times offer a more non-linear path to your success, the urban maps are often very linear and reminiscent of Call of Duty: Black Ops or MW2. 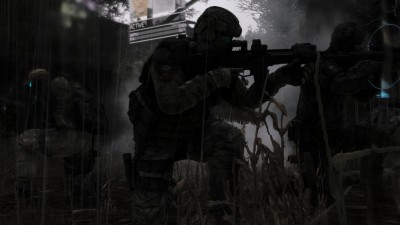 The new in-depth weapons customization feature provides a unique ability for players to enhance and personalize the effectiveness of their weapon from stock to barrel and is greatly reflected in the gunplay throughout the game.
Future Soldier encourages players to utilize the various gadgets like sensor grenades and night vision rather than just your weapons to eliminate the opposition. Future Soldier teeters back and forth between mandatory stealth segments and mandatory firefight segments padded with a hybrid of both in between.

Several prominent gameplay features within Future Soldier also make their debut such as the stealth melee kill and the sync shot. Both of these mechanics factor into a good amount of the game, especially for players who prefer the stealthier end of the shooter spectrum.

Sync shot is a welcome addition to the series as it allows players to tag up to four enemy targets similar to the tagging system in Splinter Cell: Conviction. As an element of stealth, players are able to simultaneously kill multiple targets with their squad in order to keep the element of surprise. However, in areas where there are more than four targets, reflexes will be tested as you attempt to clear areas efficiently without being detected and setting off alarms. There will be points where you will find yourself restarting from checkpoints, especially for those perfectionist gamers out there. 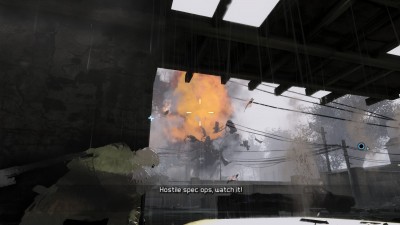 Although the Ghost Recon games are tactical shooters by tradition, players will notice the lack of being able to control the actions and movements of your squad both on the actual battlespace and the trademark tactical map. This may be a welcome change for those that like less management and more shooting, but it treads into dangerous territory by moving away from the squad-based teamwork that had been a big part of the Tom Clancy series. Make no mistake, this is a far cry from the Ghost Recons of the past and cannot be called a tactical shooter. Instead, this is more of a 3rd person shooter with a heavy emphasis on stealth. While it shares some similarities to its ancestors, this is an experience meant for a larger audience.

Multiplayer provides a solid amount of gameplay due to the variety of modes including the coop campaign, a survival mode, and the traditional online matching system, which contains four modes including Conflict, Saboteur, Decoy, and Siege. Each mode consists of completion of objectives at a fast pace with your squad, while at the same time preventing the enemy squad from hindering you. Multiplayer is further enhanced with in-depth customization of weapons and gear as you level up. The only flaw to the multiplayer is connectivity issues that could be solved relatively quickly if Ubisoft decides to stabilize its servers within the next few weeks with updates. 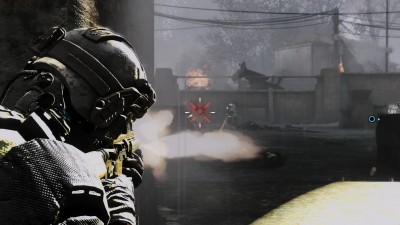 Given the overall package, Ghost Recon: Future Soldier is a very enjoyable game, but far from perfect. The port to PC is fraught with graphical glitches as textures can get downright ugly, even on maximum settings on the PC. The AI squadmates are occasionally unresponsive, and online connectivity remains mediocre at best. The PC version could use a lot of tinkering as the experience is not well graphically optimized. Even on some rather beefy PCs, we still suffered to get a decent framerate.

Though we are saddened this is not a traditional tactical shooter, Future Soldier is undeniably fun. The cooperative campaign is remarkably lengthy and rewarding. The more people you have join you, the better.  It feels like the bastard child of Left 4 Dead, Ghost Recon, and Splinter: Cell Conviction.  Future Soldier offers an extensive package of great gameplay albeit with some flaws and omissions that prevent it from being a 2012 blockbuster.