It’s been a little over half a year since Skyrim was released to the masses. Since then we’ve gotten hint after hint of the game’s bright DLC future. The first of the promised DLC packs; Dawnguard, originally released on the Xbox 360 is now available on PC. Is it worth the $20 price tag?

The Dawnguard campaign starts off when you character is approached by an Orc looking to recruit soldiers for the fight against a growing vampire menace. After traveling to Fort Dawnguard and meeting with Isran, the anti-social leader of the Dawnguard, you’ll be sent to investigate why so many vampires have suddenly surfaced in Skyrim. Eventually you’ll have to make a pivotal decision that will change the nature of the campaign; to stay loyal to the Dawnguard and help defeat the vampires, or to become a vampire lord yourself. As a nice bonus you’ll get your very own vampire companion no matter which faction you side with. 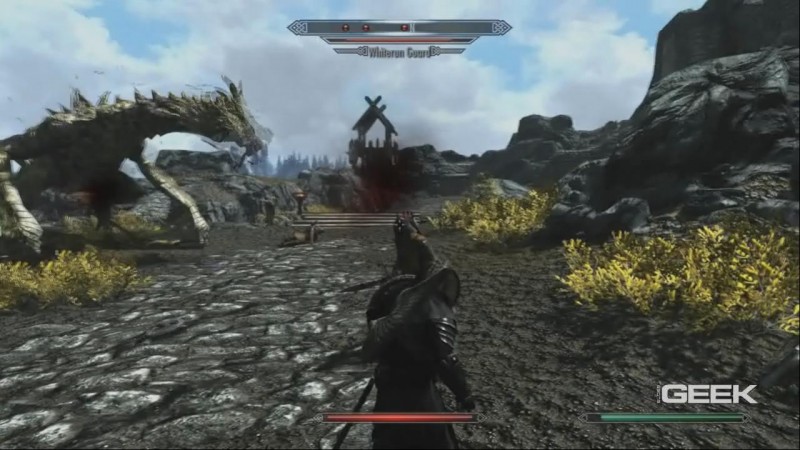 Along with the new campaign, Dawnguard also comes with a plethora of new gameplay features. New weapons, armors, magic spells and shouts are all added to the game, some of which are incredibly exciting. Of a particular high note is the long awaited inclusion of crossbows. Sure they function basically like normal bows, but that doesn’t change how FREAKING awesome they are! Perhaps the greatest new gameplay feature is the two additional perk trees; one exclusive to those who chose to become a vampire lord, and one for werewolves.

Becoming a vampire lord is –simply put– badass. you get a handful of unique combat abilities that both look and function the way you always imagined a vampire should. We only wish Bethesda had put as much thought and effort into revamping the werewolf gameplay.

We’ve got to hand it to Bethesda, their ability to create immersive and breathtaking environments on such a large scale is second to none. The main campaign will take the you on a journey through every type of environment you’ve come to expect from an Elder Scrolls title, and some you haven’t. Castles, caverns, fissures, plateaus, lakes, underground lakes, dungeons, and even other dimensions are all treated with an incredible level of detail, yet set on a massive scale. 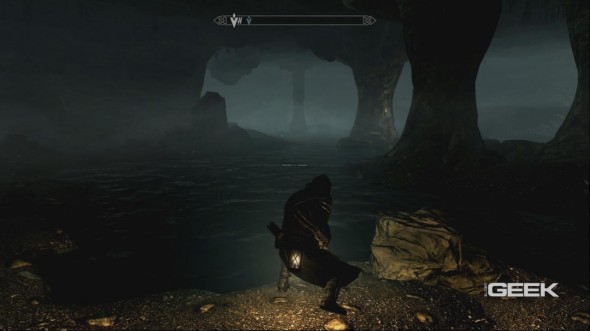 The different new locations in Dawnguard did such a good job at immersing us that we at-one-point lost track of what we were doing and why. We just wanted to explore every nook and cranny of an amazingly huge underground cave network. The abundance of new and interesting alchemy ingredients certainly didn’t help get us back on track either.

Every now and then you’ll have to return to home base, however, and at this point the game not so gently reminds you that there are actual vampire’s to be fought and worlds to be saved. While we like the story of Dawnguard, it’s safe to say that it’s the low point of the experience. The acting is good, but not great. The writing is decent and surprisingly unpredictable, but is somewhat hampered by a lazy progression structure. More than once we were asked to complete a seemingly menial task so that person X would gracefully help us save the world, as if the world in peril wasn’t motive enough.

All in all we can safely say that Dawnguard is definitely a great experience that goes a long way in adding even more life to an already excellent game. Clocking in at a beefy 20 hours for our first play-through while adding a number of new items and spells to be used for the rest of the game, Dawnguard is definitely worth the asking price. Worth buying!