No matter how many times I play through Final Fantasy VI, it will always be in my backlog waiting to be played again. Sure, I can practically play through the game with my eyes closed at this point, but for some reason it never gets old. This time around I played through the Gameboy Advance version, and since I don’t have a Gameboy Advance I had to dust off my old DS. No, not the DS Lite; I’m talking about the relic that came before it. You know, the one with the hinges that didn’t break. 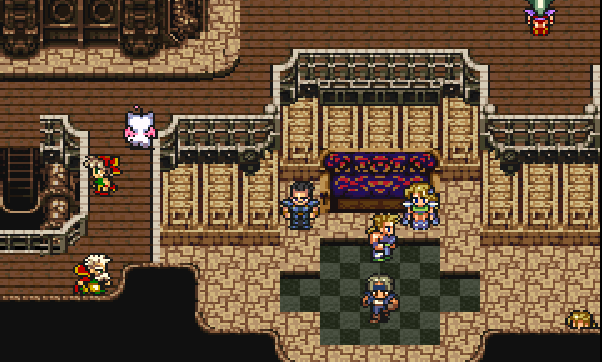 It seems like just about every Final Fantasy is about a ragtag group of misfits going up against something much larger than themselves.

FFVI got me into classic turn-based RPGs. At first I hated it because of the random encounters. The only other turn-based game I had played at that point was Super Mario RPG and the enemies were visible, so the concept of invisible enemies confused and angered me. Thankfully I got used to it, and at this point I find it weird when random encounters are not part of a turn-based RPG. 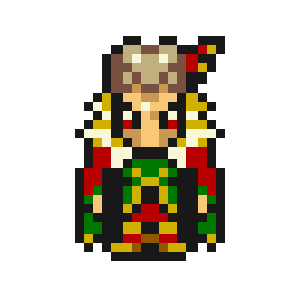 I didn’t realize Kefka was dressed as a clown until Final Fantasy Anthology came out for the PS1.

The unique thing about FFVI’s overarching story of a small band of rebels fighting against a much larger empire is that there really isn’t a defined main character. You can make the argument that Terra is the protagonist because you start off playing as her, but a lot of the other playable characters in Star Wars FFVI have a role in the story that is just as important. However, this is a topic for an entirely different article, so I’m going to put the brakes on that here.

Throughout the game you have 14 playable characters that can be in your party, and all of them are memorable. You can freely switch between characters for most of the game, and throughout the story you will find optional snippets of back story for a lot of them. However, it’s not just the playable characters that are memorable. Kefka is an awesome villain mainly because he has no morals. All he wants is power, and he will do literally anything to get that power. Also, he has clown makeup on at all times; can’t forget that.

I appreciate that FFVI can bring some humor into what is a depressing story overall. Sure, the world is literally going to hell, but you have an abominable snowman in your party! Trying to escape the Empire? Not if a certain wise-cracking octopus has anything to say about it. Certain things like that add a quirkiness factor that can be difficult to find in some of the later Final Fantasies, and even in more modern RPGs in general. It makes you take a step back and wonder what the hell is going on, but in a good way. 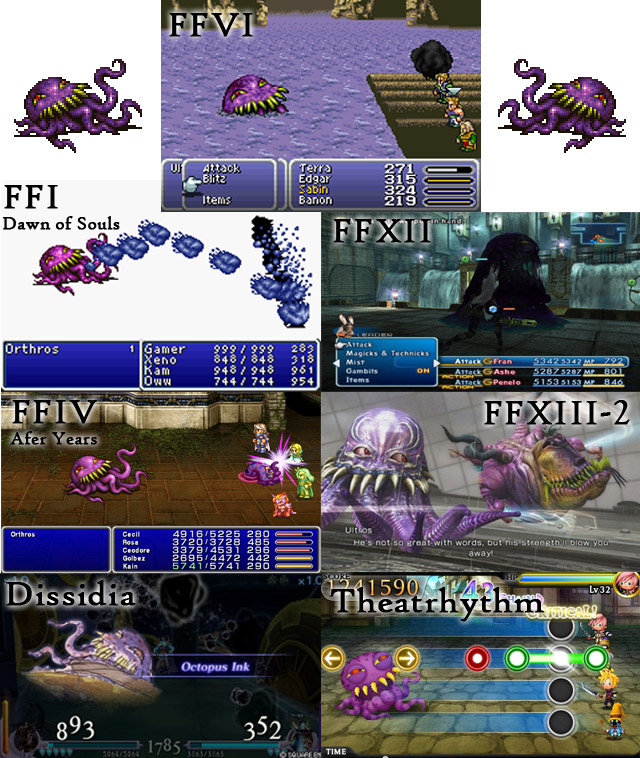 This guy has made his way from FFVI to many other Final Fantasy titles.

If you’ve played FFVI before you will probably remember that some characters are immediately more useful than others. For example, I always tend to have Edgar and Sabin in my party simply because their special moves are powerful and so easy to get. Just buy Edgar’s tools and learn Sabin’s blitzes through leveling and you’re good to fight just about any enemy in the game as long as you have a healer. Sure, it might be easy mode, but I’ve just never had the patience to find all of Strago’s spells or Gau’s rages. Give me a drill, an aura bolt, and an auto crossbow and we’ll be good to go. 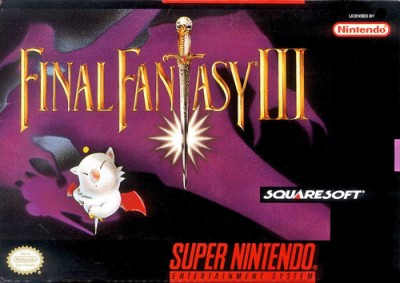 When I played FFVI for the first time it looked more like this.

As far as magic goes, it’s funny how taboo the characters make it out to be in the beginning. Edgar and Locke interrupt a seemingly serious battle to make a huge scene about Terra’s fire spell, but later on in the game they’re totally cool with the fact that they can just learn spells by having some strange looking rock in their pocket. During my early playthroughs as a wee lad, I didn’t realize you could equip magicite and learn magic from them, but now at least my four party characters have to have the majority of the spells… just in case.

I don’t think can say anything about the art style and soundtrack that hasn’t been said before. FFVI took significant steps forward graphically from its predecessors, and the soundtrack is, like most Final Fantasy soundtracks, extremely memorable. All I have to say is “Opera scene” and FFVI fans will start going crazy. I’m a little bummed that Square-Enix didn’t give FFVI the same treatment as the FFIII and FFIV remakes for the DS, but at the same time I feel like that 3D art style would hurt the game rather than help it.

If you couldn’t tell by now, FFVI is, and probably always will be one of my favorite games. If you are a Final Fantasy fan and you haven’t played this game yet, there really isn’t any excuse since there are so many different versions available. FFVI has just about everything a fan could want, and some versions, like the GBA version, have extra content after you beat the game. Plus, I’m still waiting for another turned-based Final Fantasy game to have a moogle as a playable character. While FFVI is done for now, odds are it will resurface in my backlog in a few years ready to be played again.

Well, that will do it for this summer gaming lull. With new releases already in stores, this marks the end of Jesse’s Backlog for now. Don’t worry though, I’ll be back. I still have plenty of games to play.