After what felt like a near-extinction, the stealth genre has made a remarkable comeback this year. Dishonored, developed by Arkane Studios and published by Bethesda Softworks, has been making gamers drool in anticipation since its first announcement. But Dishonored is not your average stealth game, touting some rather unique new game mechanics meant to spice up the genre. And to top it off, it has an absolutely star-studded crew of developers, designers, actors and artists. 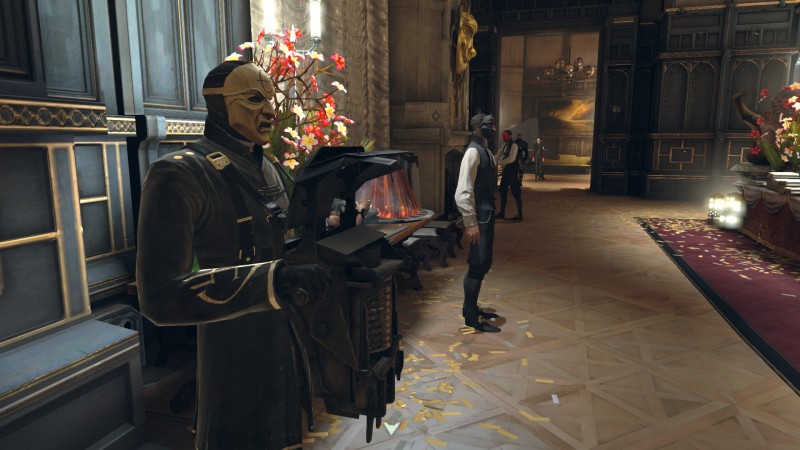 The creepy overseers are everywhere.

Gamers don on the garb, mask, and responsibilities of master assassin Corvo Attano. Unjustly hunted for a crime he didn’t commit, Corvo is out to save his loved ones and overturn a corrupt regime by making key officials disappear from the steampunk Victorian city of Dunwall.

Dishonored spans across nine separate missions and is typically broken down into your home base area, where you can upgrade or purchase new gear and equipment, and the mission area, a large environments where pretty much anything goes. While in the open areas, Corvo can move about brazenly on foot, or he can crouch and move through the shadows and hidden passageways courtesy of his first person parkour skills, and a unique magical ability called “blink”ing. Blinking instantaneously teleports you to a limited targeted position, but at the cost of mana. While some stealth purists might scoff at this concept, rest assured, there are plenty of stealth puzzles that will rack the brains of even the most seasoned assassins.

Corvo’s targets are the vilest of the vile. To accomplish your mission of removing them from the city, you are free to use any means necessary. You can also eliminate civilians if they are giving away your presence. You can go head to head and demolish your enemies with your combative skills, or you can silently pluck them from Dunwall and hide their bodies, never to be seen again. But the method in which you accomplish your goals is absolutely your choice. Playing the game lethally vs. non-lethally, and silently vs. aggressively have real-world repercussions on both the environment of Dunwall, and the final outcome of the story. There is no “good” or “evil” way to play, as those you choose not to kill may suffer an uncertain living fate worse than death. 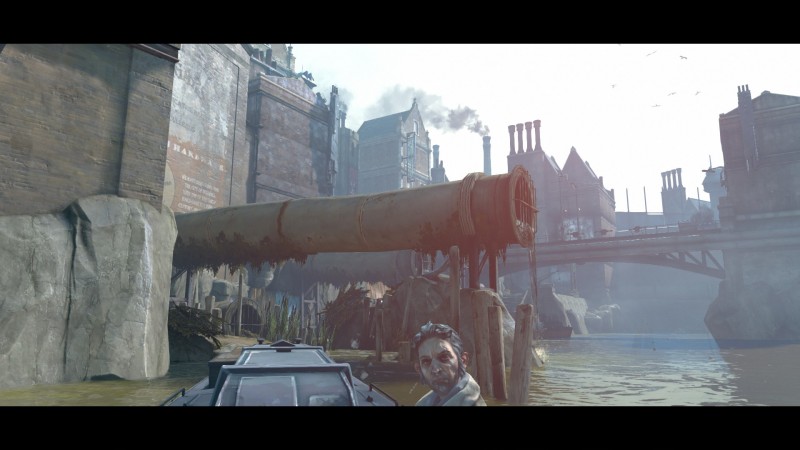 Aside from his blink teleportation skill, Corvo has a wide variety of abilities and tools at his disposal. Weapons can be upgraded with cash and blueprints found in your scavenging and exploits, while your magical powers are suped up by finding runes and bone charms hidden within the environment.

His pistol is loud but effective in close combat, while his crossbow can silently eliminate enemies from afar. Corvo can also effectively use grenades for clearing out large groups of soldiers, or he can use one of our favorite gadgets, the razorwire landmines that instantly dismember their victims.

Magically enabled by the mysterious “Outsider,” Corvo can temporarily body snatch small animals and soldiers to sneak past heavily guarded checkpoints. He can also command strong gusts of wind to throw his enemies aside. And what is sure to be a fan favorite, he can call forth an infected, carnivorous and ravenous pack of rats to devour his enemies alive and neatly eliminate all signs of a body.

Instead of fossil fuels, whale oil is the preferred energy source in the enigmatic city of Dunwall. The design and environment of Dunwall is a masterpiece, and like the cities of Rapture and Silent Hill, it plays just as important of a role as any character from the game. Inspired by late 19th and early 20th century London, Dunwall is the brainchild of City 17 developer Viktor Antonov, and it shows. Elements of the Great Plague and the Great Fire cast their shadows on Dunwall. Infected civilians and packs of mice are more frightening than officers with pistols and Tall Boys on their oppressive walkers. Exposition about the city can be discovered by eavesdropping on conversations, or by digging through books, letters, and audio recordings.

The stealth is very rewarding, tossing up challenges that simply cannot be completed your first time through. Each target can be eliminated in a variety of methods, and each stronghold can be ingressed and egressed through a multitude of avenues. Gamers unhappy with end-mission scores will be itching to dive back in to complete as many of the challenges as possible and get a few more elite achievements. Our first playthrough knocked out a solid 21 hours. 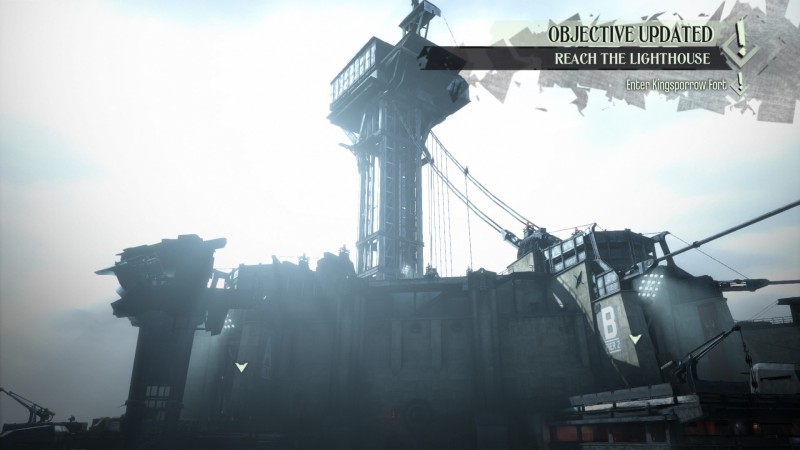 Stealth junkies will go wild over the number of ingress and egress routes to some of the game’s fortresses.

But Dishonored is not without its setbacks. Stylistically, Dishonored is wonderful, making good use of some nice water and lighting effects, but graphically we were a little disappointed by some of the game’s lower resolution textures, even set at maximum resolution and all effects fully enabled. The problem becomes very apparent when looking at characters’ hands, and occasionally surfaces when there is too much action on the screen. The game’s HUD takes up more screen real estate than is necessary, especially considering it is only showing off a health and mana bar. On PC, the mouse and keyboard controls are mapped slightly awkward by using the left control to block and choke someone out. However, for these last two annoyances, gamers can remap the controls, have the HUD activate situationally, or turn it off altogether through the game’s options. And finally, we wish that by increasing the difficulty, it would also increase some of the soldiers’ sometimes too-narrow peripheral vision.

We were happy to see a very extensive list of PC options, including field of vision controls. And for those wondering about stability issues, we never encountered a single crash from beginning to end, and the game ran at a blazing average of 120 frames per second.

In what could have been death by committee, Dishonored is a triumph of cooperation. For all of you stealth nuts out there, this is an easy purchase to recommend, just don’t be afraid to jack the difficulty level up. If you’re new to the stealth genre, Dishonored’s “play as you please” method works very nicely and might encourage you to try to be sneaky once in awhile. Simultaneously, it also encourages stealth junkies like us to let our hair down and chuck a grenade or two.

From the posh parties to the infested and criminally-inhabited slums, the city of Dunwall is mesmerizing. The mixed gameplay of magic and stealth of Dishonored is absolutely rewarding. We feel like Dishonored only scratches the surface for what can be done with both, and we’re already anxious to see if Dishonored will birth a sequel.