If there was an internet rumor claiming that Firaxis illegally injects illicit substances into their games to make you crave them nightly and completely lose all track of time, we’d probably believe it for a day or two. They are the masters of creating experiences that make gamers say, “I’m only going to play for 20 minutes.” The next thing you know, it’s 4:30 in the morning, you forgot to eat dinner, and you need to go to bed to wake up in a few hours for work. That is definitely the case with XCOM: Enemy Unknown. In fact, the hardest part about creating this video review was stopping ourselves from playing more XCOM. But despite it’s addictive qualities, varied and rewarding gameplay, there are still a few unpolished spots that could use a bit of buffing.

In the same vein as the original, gamers are cast as the director of a military organization charged with the protection of the entire world from a hostile alien invasion. The game is broken down into two large segments: the tactical battlefield and the the strategic environment of the XCOM headquarters. 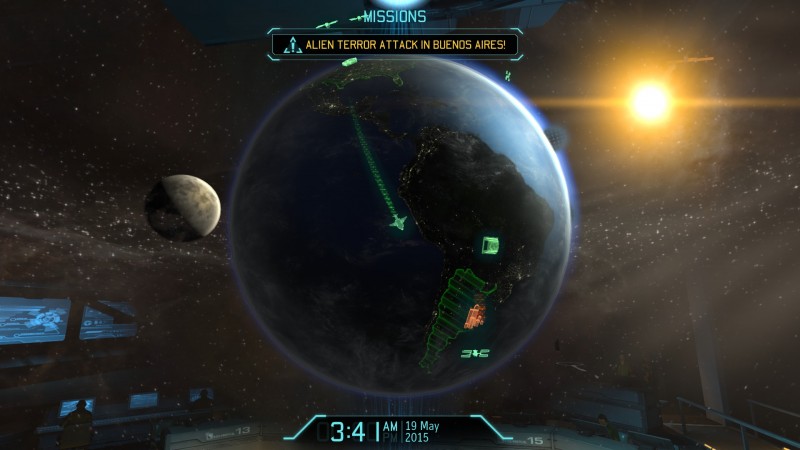 Within XCOM’s anthill-like operational base, you, as the director, are charged with making sure the organization is performing at its peak. You’re given a monthly global allowance, and from there, everything else is up to you. You excavate more space to accommodate for functional rooms like satellite arrays, laboratories, prisoner holding cells, workshops, generators, and more. You can also use the money to hire more soldiers and upgrade their equipment, purchase more satellites to discover UFOs and fighter jets scramble and intercept them. Your labs and scientists can use alien technology to unlock new upgrades for your entire operation.

With money being extremely limited, it is important to find a proper balance within XCOM. A military with a large number of soldiers might not have the means to detect alien activity all over the world. However, without a properly-sized military, you might not have the manpower to address all of the problems that arise. And without the proper technology and equipment, your forces might not be able to handle themselves in the field. It is a multi-directional balancing act that can only be improved upon with practice.

But XCOM is hardly all about number crunching and bureaucracy. You are the field commander of all your landing troops. There is no diplomacy with the aliens. They only answer to hot lead. Each mission places one of your field teams thick in alien territory to save hostages, disrupt abductions, stop bombs, and of course, take the fight to the alien bases on earth. 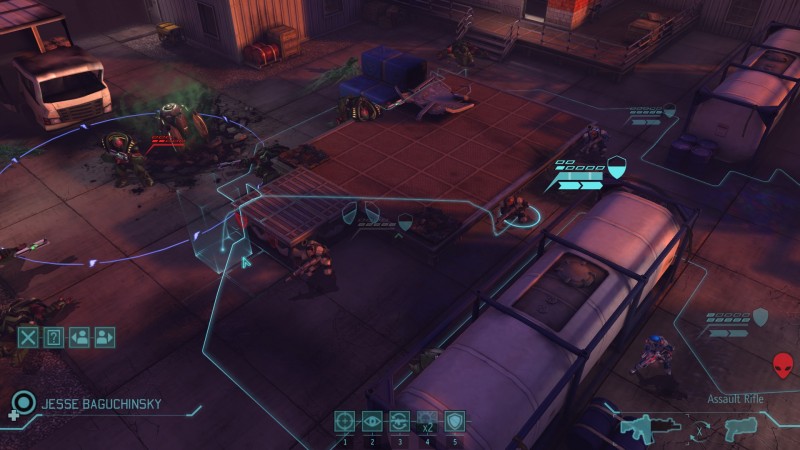 The fighting is tactically turn-based. Your forces move, then the alien forces move. Lather and repeat. There is no accounting for higher dexterity or speed for individual soldiers. You start off by fighting back little grey aliens. But they don’t want to abduct and poke you a bit. They want to blow your face off. You later discover more adapted alien beings, and eventually work your way up to hulking monsters or digital destructors that will test the limits of your most veteran troops.

Soldiers who survive missions are granted experience points based on merit which can be spent to unlock more talents for whichever skill tree they’ve adapted too. You can also alter each soldier’s appearance and name, giving XCOM a wonderfully personal touch.

The combat segments alone are very rewarding sporting some decent graphics, and wonderfully destructive environments. We were particularly impressed with the seamless integration of the cinematic camera angles during triggered map events like the low and gritty running of members of your squad, or the dramatic appearance of new enemies on screen.

XCOM also has a multiplayer segment where you are pitted against another player. The game is limited to the tactical warfare segment of the game and doesn’t involve any of the base planning. With enough funds, you can outfit your field team in the finest gear or you can hire aliens for the round. New players will be quickly outgunned and outmatched by veteran XCOM gamers, making the experience initially off-balance. With enough practice and patience, the game evens out. The reason why we say patience is because each player has a whopping 2 minute turn time and of course, there are already some trolls out there waiting until the final second to end their turn transforming what should be a 10 minute match into a 45-minute snooze fest. We recommend playing with friends if possible until you get your feet wet.

XCOM: Enemy Unknown also has an Ironman Mode that disables the ability to load earlier saves, making it a brutally unforgiving experience, and only meant for the most hardcore of gamers. XCOM as it stands is already a particularly hard game. Newcomers should feel no shame for putting it on easy until they understand the ins and outs.

The overall package of XCOM is one built on pure addiction. You’ll grow attached to your soldiers. You’ll constantly want to upgrade your base. Every time you play, you want to get better and better at maintaining world balance. While the graphics aren’t bleeding-edge fantastic, they’re more than enough to make XCOM: Enemy Unknown a viable game for years to come. 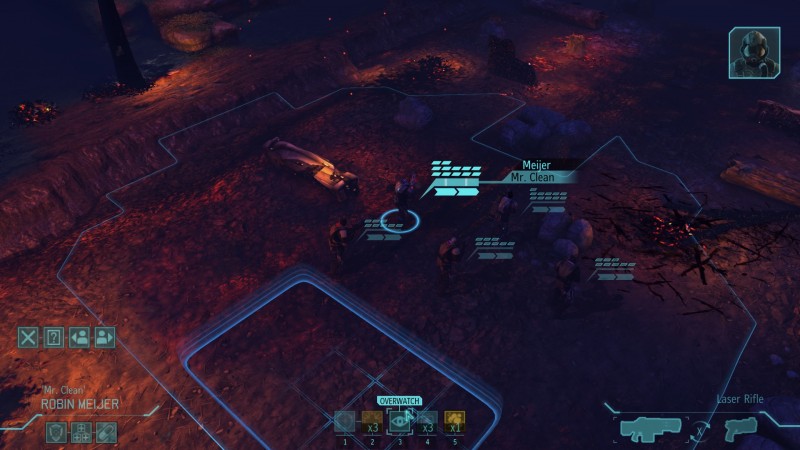 But before you make the plunge and pay full price, there are some quirks that come with XCOM that all gamers should know about. At launch, we have encountered a few game-freezing glitches which most of the time we could look past, but when considering XCOM’s Ironman mode, it could raise some blood pressure.

Wonderfully, there is a quicksave function. But what is very strange, is that there is no quickload function. And what is even stranger, and something we can’t help but see as a design flaw, is that players cannot access the menu at will. Hitting the escape key to pause the game or to bring up the standard menu can only be done when it is the player’s turn. As a turn-based game, that can sometimes be a while. Here’s hoping that these functionalities are added in with a future patch.

Despite these minor hang-ups, there is no denying the sheer fun of XCOM. It is easily one of the most addicting games of the generation and it should be universally appreciated whether or not you’re a strategy fan. Full-price, half-price, whatever price you find it at, XCOM is worth it.