With Halo probably being Microsoft’s most important console-exclusive franchise, it’s no secret that there’s a lot riding on Halo 4. A flaky start of the new trilogy could mean a loss of confidence in 343 Industries, the newly-established developer that has taken over the reigns from Bungie, and kill any hype for the remaining two installments. Beyond the franchise, with the next console generation supposedly being at our doorstep, Microsoft needs Halo to remember you why you bought your Xbox 360, why you’re paying for Xbox Live, and why you’re going to get the next hardware iteration. No pressure.

The developers have been given the monumental task of following in the footsteps of one of the most-respected development studios to create a sequel to a well-loved franchise that had most of its loose ends tied up – so delivering something that would be considered “up to par” would be a challenge in itself. But to cut a long story short, 343 has not only delivered something that could be seen as “up to par” with the rest of the franchise – they have delivered a true Halo sequel that manages to deliver on all the points that matter.

Story-wise, the game picks up 4 years and a bit after the events of Halo 3. The game takes little time to catch up on current events, and within minutes you’re fighting the Covenant again. There’s little context to the encounters though, and rather than putting the definitive annihilation of the Covenant at the top of his to-do list, the immediate objective for the Master Chief actually appears to be getting back to Earth to rescue his ailing AI-companion Cortana. Early in the 6-to-10 hour campaign (length depends significantly on difficulty and whether you play co-op, as having a partner makes the game considerably easier) it doesn’t feel like any of the objectives you are given are in any way related to the body count you’re racking up. In fact, most of enemies you slay basically seem to be in the wrong place at the wrong time, and for the entire duration of the game the Covenant kind of appears to be around for the single purpose of giving you something to shoot in between encounters with the new enemies that really seem to matter. 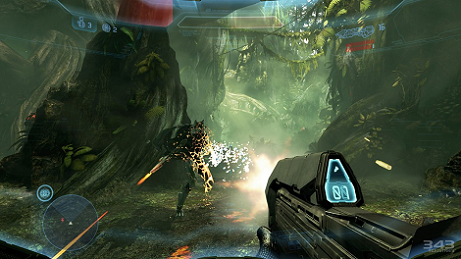 It’s about 90 minutes in that you begin to unravel another major threat to Earth and the Master Chief finally gets back into his groove of saving Humanity from extinction. The stakes go up and things become a bit more coherent – you’re shooting things for a reason now. By the time the credits roll, a new threat to humanity has been firmly established and 343 only has one message left for you: the fight is far from finished, we’re just getting started.

In addition to his usual saving-the-world story shenanigans  the Master Chief also has to deal with his deteriorating AI-companion Cortana, who is suffering from the onset of Rampancy (AIs begin to falter after a couple of years). The quality of the interaction between the Master Chief and the lady-in-blue is quite impressive and these moments definitely serve as some of the high-points in the campaign. It adds some character to the faceless protagonist and his companion, which is not unwelcome after more than 10 years of Halo.

Overall, the campaign is highly enjoyable and well-crafted. Set pieces work well, and there is enough variety between the different levels to warrant a second playthrough on a higher difficulty. In addition to the campaign, there is also spin-off cooperative campaign for which new missions are unlocked progressively. These take the form of shorter missions that mainly revolve around killing waves of enemies. They’re fun to play and easily add a couple of hours to story-driven portion of the title – but the heart doesn’t beat as strongly as it does in the regular campaign.

Multiplayer is mostly what players have come to expect from Halo titles, and 343 have deviated little from what had already been established by Bungie. Most of the tweaks come in the form of several new or adapted abilities and weapons and anybody familiar with either Reach or Halo 3 will be able to jump right in. Several new features, including grenade indicators, a create-a-class loadout system, and a system somewhat akin to kill streaks, seem inspired by their prevalence in other titles yet manage to not feel out of place here. Overall, the multiplayer is as well-polished and enjoyable as the single-player portion of the title. 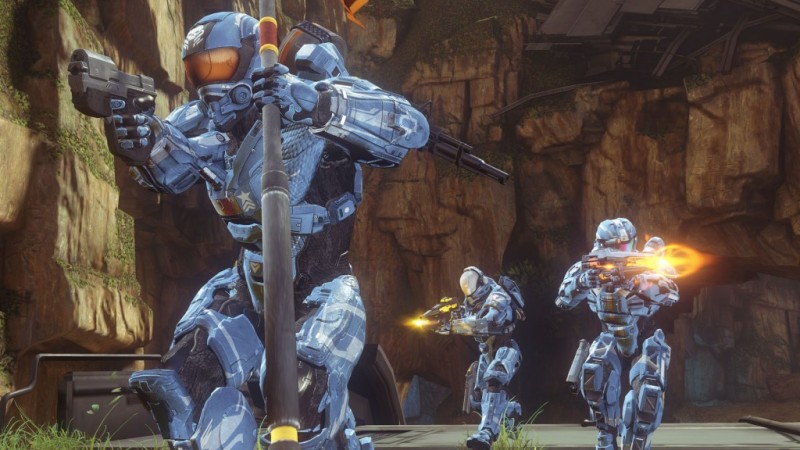 Outside the immediate gameplay, there is an extensive character-customization suite that allows you to tweak the visuals of your Spartan. This is great, but there are so many options that unlocking something new doesn’t have a lot of weight – you’re likely to redo your character once in every while but it’s hardly something to look forward to. Customizing your loadout is a lot more meaningful, but just like the visual appearance of your character, once you have something that works for you there’s little more need to come back to it. Funnily enough, this is the area where 343 has been adding the most of it’s “own” work, as these features are much more fleshed out than they were in Reach – it’s just unfortunate that the features themselves aren’t really part of the core game.

It is clear that 343 has not dared to fiddle with the heart of Halo. The execution of Halo 4 and the obvious love that has gone into the development has in fact make this a little bit disappointing – I’m sure that 343 would have loved to give more of their own twist to this. The game resembles its predecessors to a great extent, even though the hand of the new studio is felt throughout. As it stands, it feels like they’re more focused on treading in the footsteps of Bungie than taking steps of their own. But if the end result means such a well-polished and highly enjoyable game, that’s not really criticism – it’s as much praise I could possibly give a new studio.