Star Wars, Harry Potter, Indiana Jones, Batman, Pirates of the Caribbean, and now Lord of the Rings. It was only a matter of time before Traveller’s Tales would recreate the popular trilogy in Lego form and take gamers back to Middle Earth in one of the most immersive Lego inspired games to date. 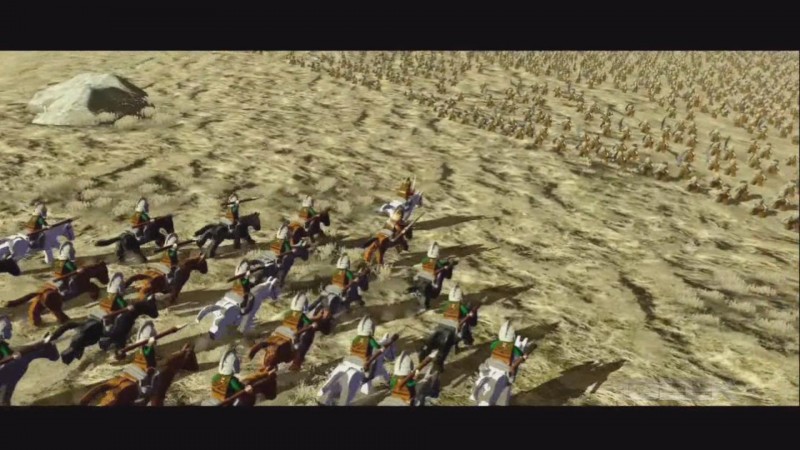 Characteristic of its big screen relative, Lego LOTR follows the events of Fellowship of the Ring, The Two Towers, and Return of the King, albeit toned down with some family-friendly elements to keep the more gruesome scenes from permanently scarring children and those averse to overt bloodletting. Players will be able to use the main characters of the story such as Frodo, Sam, Aragorn, Legolas, Gandalf, Gimli, and other unlockable characters from both the books and the movies, each with their own unique specializations.

Given the adventure overtone of the trilogy, this game differs from its predecessors in that it plays more like an RPG. Players are able to collect special items and weapons throughout by completing minigames, puzzles, questing, or forging them from recipes found throughout the game. 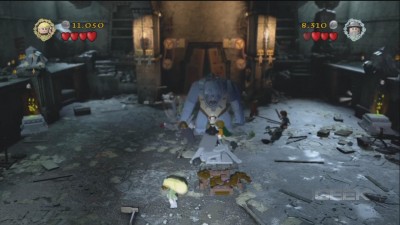 Same as other Lego adventure titles, players can play through the game in single player or local coop, with players having the option to drop in or out at any time during a playthrough. In coop mode, each player will be able to split off in some missions to explore and complete separate objectives. Depending on where you are, the game’s automatic split screen feature will activate, which allows those that want to wander off from the main party and explore. However, this also leads to confusion as there is no set position to where each player’s camera will end up. Although a step in the right direction, camera angles are still a weak point in the Lego series.

The most notable feature is the ability to free roam the open-world environment of Middle Earth. There is a fast travel system for those less inclined to walk back and forth from one end of the world to the other, but it also allows players to experience the LOTR adventure without restrictions. Taking place in side quests from various NPCs increases the game’s depth. Dotting the landscape are various hidden areas that are, in some cases, available only to certain characters. These areas contain new quests, hidden items, and shortcuts to other parts of the world previously unavailable.

One of the most consistently strong features of this and previous Lego games is the ease of which both hardcore and casual gamers alike can quickly pick up and play without too much guidance. The in-game tips are more than sufficient in providing a tutorial while allowing you to experience The Lord of the Rings firsthand without distraction. The controls are basic with one button to attack, one to jump, and one to interact. 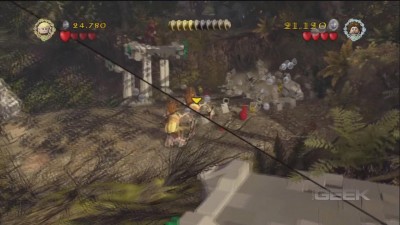 Visually, the game is well designed to reflect the LOTR world with some currently existing Lego sets thrown into the mix. This brings out a sort of nostalgia for those Elder Geeks who grew up the Lego theme sets. The sound effects and dialogue are also well done with some of them being pulled directly from the films.

The overall package of Lego LOTR is one of the most complete in the Lego series. Not only are all three movies included in the game, but also a series of new content such as free-roaming and open world exploration, side quests, and an extensive collection of items and unlockable characters that make this game high in replayability. However, the lack of an online multiplayer is still disappointing, particularly for those not inclined to play solo or local coop split screen. Despite that, this game is definitely worth the price given the amount of content and, of course the ability to experience The Lord of the Rings adventure once again.