There are some absolutely unique gaming experiences that can only be had on PC. Amnesia: The Dark Descent. The Path. To the Moon. Dear Esther.

And while Miasmata, might not be as finely polished as these other titles, it definitely holds its place with them at the table for originality.

In Miasmata, you’re trapped alone on an island and inflicted with what society believes to be an incurable disease. According to cryptic notes left behind by a former science team, the cure may be synthesized from a concoction of different plants and funguses native to the island. It’s your job to find as many different plants as you can, test them for healing properties, and find a cure for yourself. But it’s not as simple as walking out into the woods, picking some flowers, and going back to base camp. 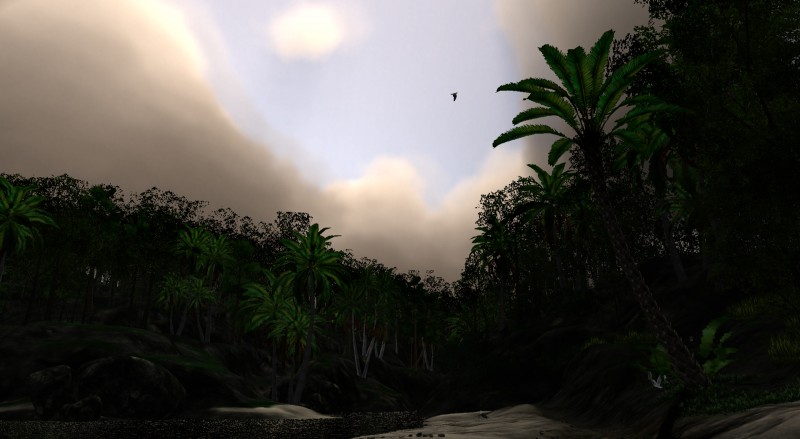 There are, of course, some rather sizable obstacles that stand in your way. First, as you are inflicted with the plague, you need to keep drinking fresh water, which can be stored in your canteen for up to 5 uses. Without fresh water, you’ll die, but it can be found in local ponds or within abandoned cabins and tents. Your sickness also keeps you from being as mobile as most video game protagonists. Walking downhill too quickly will cause you to trip and fall which will either accelerate your sickness, or cause you to instantly perish depending on the size of the hill. Swimming is also out of the question. Your weakened state will certainly cause you to drown if you’re in the water for too long.

Second is navigation. Miasmata has a downright fantastic mapping system that we’re hoping gets emulated by other open world games. The map doesn’t simply automatically update depending on where you travel and it doesn’t automatically show you where you are. You have to triangulate your position by picking out known landmarks to manually update your location. The system only works if you can see the landmarks which is made nearly impossible at night (which we’re happy to report becomes almost pitch black, adding to the immersion)  and very difficult during cloudy days and heavy rain. Using a HUD-less system, you can only tell your direction by bringing up your compass.

And finally, when you aren’t getting lost, or fighting back your fever with some homemade medication, you need to worry about the predator which is ever-hunting you on the island. There are no guns to kill the beast, but there is a very small supply of knives and small weapons that can be used to scare it off, but the players’ best option is to hide. 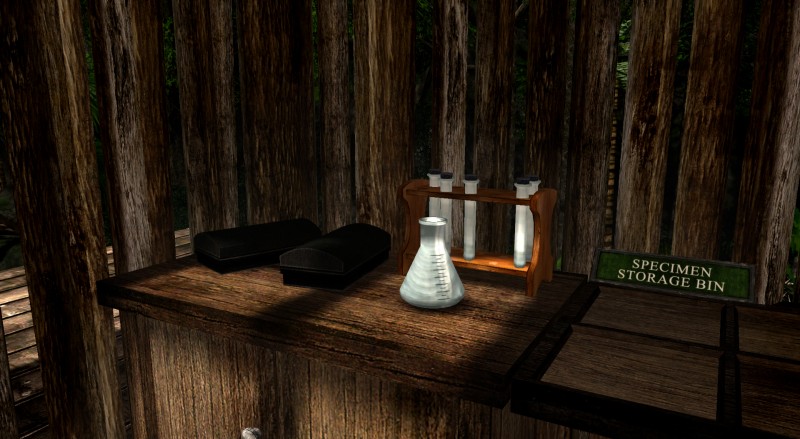 Miasmata is one of the most immersive games we’ve ever played. The HUD-less system, the pitch black lighting, the minimalist sound design, the super dense forests, all add up to an experience you can lose yourself into. Miasmata also uses some really nice lighting effects and the environmental design is also something we have to tip our hat toward. Conceptually, it’s like nothing else we’ve ever played and definitely widens the survival genre.

We can’t classify Miasmata as survival horror, because, frankly, the predator isn’t frightening. Only threatening. Its design is less fear-inducing, and more thought provoking. Because of its chimeric form, you begin to question if the monster is based in reality or in madness, and therefore, if the entire island itself is real. Is it a metaphor for the afterlife? Is a study into psychology of loss and solitude? It invokes deeper thoughts than the standard off-the shelf video game.

But Miasmata is also held back by some pretty serious flaws, some of which can be overlooked, some which can’t. Players may be off put by the incredibly low resolution textures. We’ve run into a few bugs where the game will stop receiving inputs after looking at the map. There are also a few bugs that will cause the camera to become disembodied when you try to move while taking pills or drinking water. And the stealth mechanic is hit or miss. On more than one occasion, the game’s stealth overlay would indicate that the monster could not see us, only to have it walk right up to us hiding in the bushes and kill us thereby losing about 30 minutes worth of exploration, mapping, and specimen hunting. 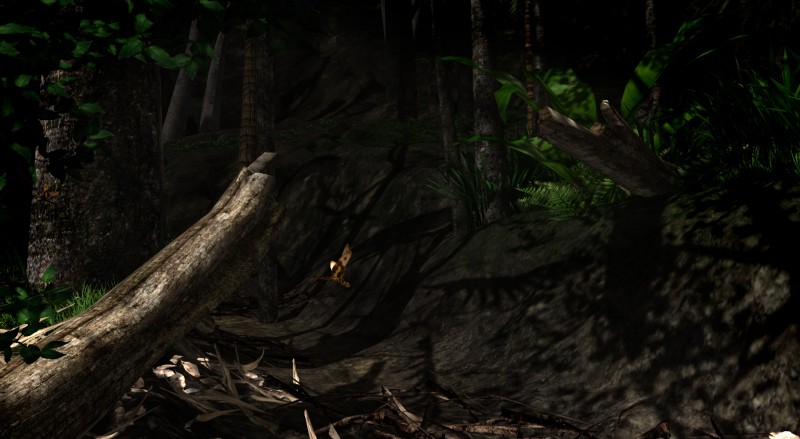 And finally, the walking, while meant to simulate the staggering of a sick and dying person, became more of a chore than a fun or interesting gameplay mechanic. The player constantly fights momentum, as though the protagonist is set on wheels without breaks. After walking forward, it becomes necessary to hammer the backwards key to stop, especially when coming up to a cliffside or a high perch to look for landmarks and get the lay of the land. You will fall more times than is necessary to make its mechanical point and it becomes a source of frustration.

Miasmata is a great original title, but with a lot of rough edges. With some refinement, it could become incredible. The price tag feels a little steep at $15. $10 feels like the sweet spot for Miasmata in its current state. The mapping system is outstanding. Getting lost was one of our favorite things to do. We want to see it used by more developers who need to learn that nighttime is meant to be dark. But the execution fell a little short. If what you’ve seen here still interests you, then we can definitely say that it’s worth trying. For everyone else, you might want to wait for a sale or a permanent price drop.