So many indie titles. So little time. But occasionally, one crosses our path that impresses us so much, we can hardly sing its praises enough. That is the case with Bleed by Ian Campbell’s Bootdisk Revolution which is available on PC and on Xbox Live Indie Games for 400 microsoft points or $5.

In Bleed, you play as Wren, an enthusiastic, ice-cream loving, dual-pistol wielding, hyperactive, purple-haired protagonist with twisted ideals. She’s on a mission to become the world’s greatest hero by viciously killing off the currently existing heroes one by one Kill Bill-style. Her heart is in the right place but her head’s a bit screwed up. 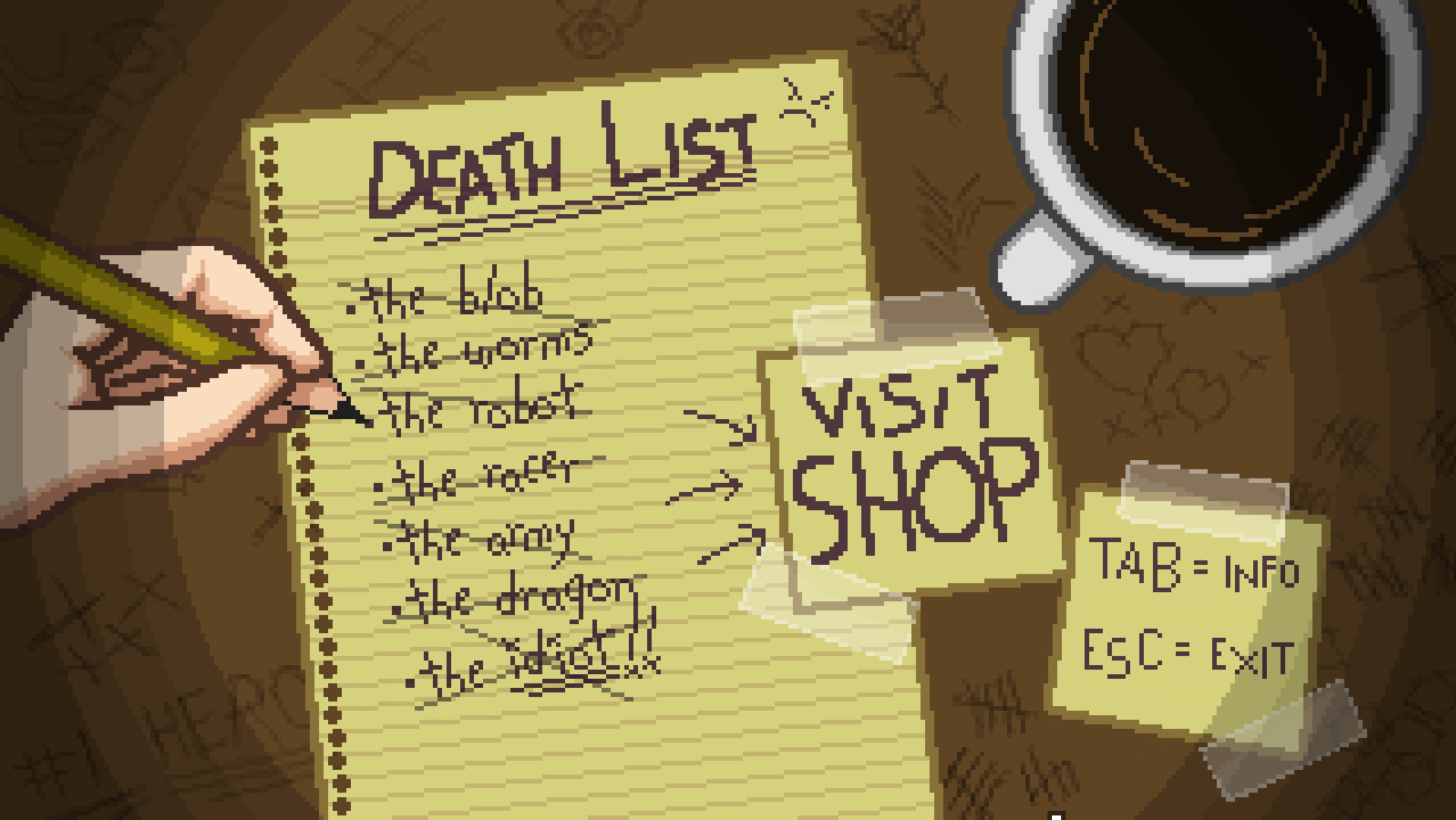 Bleed plays similarly to classic side-scrolling shooting games like Contra and Mega Man, but crossbred with a twin stick shooter infused with bullet-time. Players run and jump through each level, slaying minions, mini bosses, and of course, killing a hero boss at the end.

Wren is an incredibly agile protagonist. She can triple jump in the air and with each additional jump, she can completely change directions. To help out when things get hairy, she can dip into her rechargeable bullet-time meter to temporarily slow down time, granting precision control to dodge between near bullet-hell levels of incoming fire. It’s an awesome mechanic. Even though it’s used in dozens of other games before it, it’s given a fresh new feeling while using it on a 2d plane.

Graphically, the game emulates the 16-bit generation’s style, but steeped with modern design. Some players may be turned off by the sometimes bland enemy models, especially on the train level, but the gameplay far outweighs the occasionally ugly sprites. If it moves, who cares what it looks like. Shoot it!

The music is fantastic and harkens back to the 16-bit generation’s classics. A few memorable tunes will get stuck in your head.

Controlling Bleed is a pleasure and works incredibly well with either a mouse and keyboard or a controller. A controller will grant you more precise platforming, while mouse and keyboard will give you more control over your shooting. It is absolutely player’s choice as to which input method they prefer. 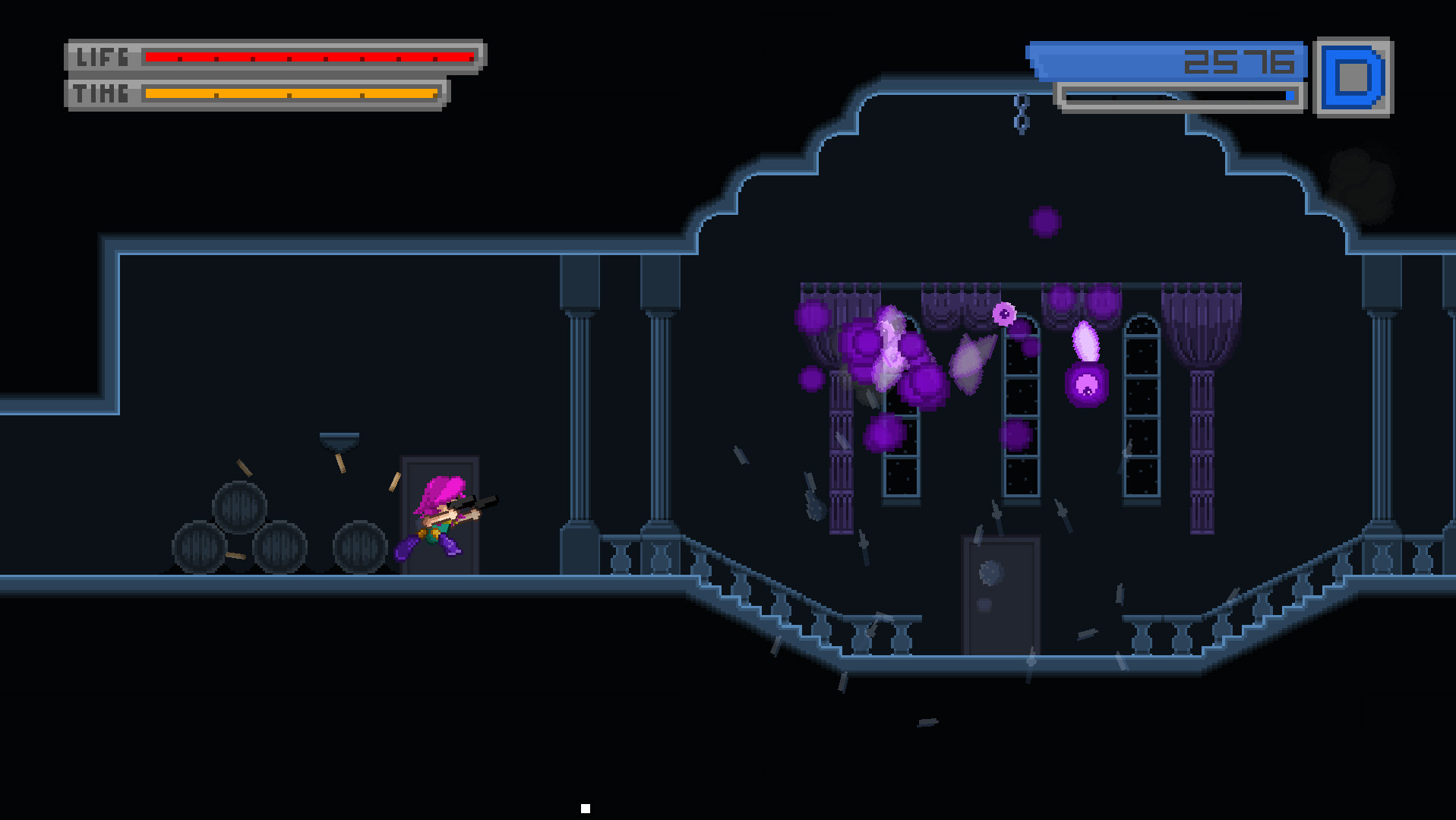 Completing levels grants cash based on your performance that can be spent between levels on new weapons like katanas, shotguns, and flamethrowers.

There is a few downside to Bleed. The game is on the short side, which is semi-excusable for it’s ultra-low budget price. But the game is so good, we were left wanting more… a lot more. Our first playthrough on normal clocked in around an hour. We replayed on harder and harder difficulties and unlocked all of the additional weapons, but still… we want more. And secondly, we would love to have the ability to remap some of the inputs on controllers.

The challenge room adds some replay value by letting players challenge any 3 bosses simultaneously in the game, but it doesn’t replace what the game needs more: longer levels, and more of them.

With any luck, Bleed is just a taste of what is to come from Bootdisk Revolution. Despite its teasingly short length, it is an amazing side-scrolling action game that gamers shouldn’t pass up. If you have a free evening and you don’t have anything new to play, Bleed is a sure bet.