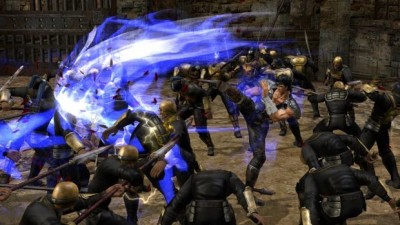 They are already dead

It’s hard to call Ken’s Rage 2 a hack and slash because you mainly using your fists as opposed to a weapon to pummel seemingly endless amounts of enemies into submission. However, the same rules apply. You mainly play as Kenshiro, the star of the show, and punch your way through a desolate wasteland where your strength alone determines your place in society.

Ken’s Rage 2 follows the same plot as its predecessor. However, it is longer and much more fleshed out making it very easy to follow even if you have no prior knowledge of Fist of the North Star. Kenshiro is an all around good guy hero who can’t see evil go unpunished, so he travels to different villages protecting the innocent and making bad guys blow up from the inside out. Along the way he meets characters that help him in his journey, and at some points you are able to choose between different characters, although there’s no real reason to since Ken is the most entertaining  to play as. Fans of Fist of the North Star will no doubt enjoy the story, but people with no background on the manga might think that it’s a little too cheesy for their tastes. Just remember, it was released in the 80s.

If the lengthy story mode isn’t enough, there is also a Dream Mode where you can choose from over 20 characters from the main plot that all have their own backstories. Dream Mode is much more free form than story mode (or Legend Mode as the game calls it), and you mainly run around to different bases on the map beating up dudes until you capture it. You get various bonuses based on how efficient you are, so you are encouraged to play smart and not waste a lot of time. There is also an online aspect to this mode, but as of now it seems that the community is nonexistent. This mode is teeming with content, but odds are you’re going to want to take a break before you finish everything it has to offer. 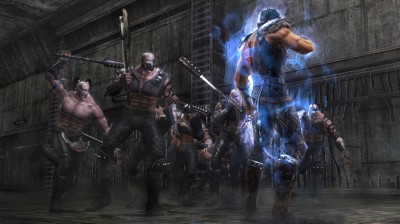 The low point of Ken’s Rage 2 is in the audio and video department. It’s difficult to make a wasteland seem lifelike, but Ken’s Rage 2 looks like a carbon copy of the first game in the series with very little, if any, visual improvements. The story is told with a mix of cut-scenes and manga style panels that show still frames with audio. It’s a fun idea, but some of the cut-scenes can drag on for a long time making the comic-style display a little stale.

The audio in the game isn’t bad, but it’s nothing great either. The soundtrack is a tamer version of the Dynasty Warriors rock guitars, and there’s no option for English voice acting, so all you’re going to get is the Japanese voice track. However, we might be better off with that because the English voice acting in the first Ken’s Rage was mediocre for the most part.

If you’re a fan of Dynasty Warriors you’re going to enjoy the gameplay Ken’s Rage 2 has to offer. If you’re not, then you’re going to want to look elsewhere for your action game fix. Throughout the game you will be using a combination of light, heavy, and special attacks to dispatch thousands upon thousands of helpless thugs. Sometimes you’ll be told to do a short stealth segment or something similar, but that makes up a very small amount of the game. The gameplay is the most noticeable difference between the first and second game. The combat is much faster this time around, and it feels much smoother than the clunky combat of the first Ken’s Rage.

The levels are generally hallways you walk through on your way to more enemies, so while the game can be very cathartic in short bursts, it does get crazy repetitive on longer marathons. At the end of most levels you will face a boss, and unfortunately a lot of the boss battles fall flat. One particular boss I was looking forward to was a demon that supposedly couldn’t be killed, but I ended up easily defeating him with a simple dodge, counter, and combo pattern. The boss battles are definitely toned down from the original Ken’s Rage, and it’s the only difference between the two that I’m not a fan of. 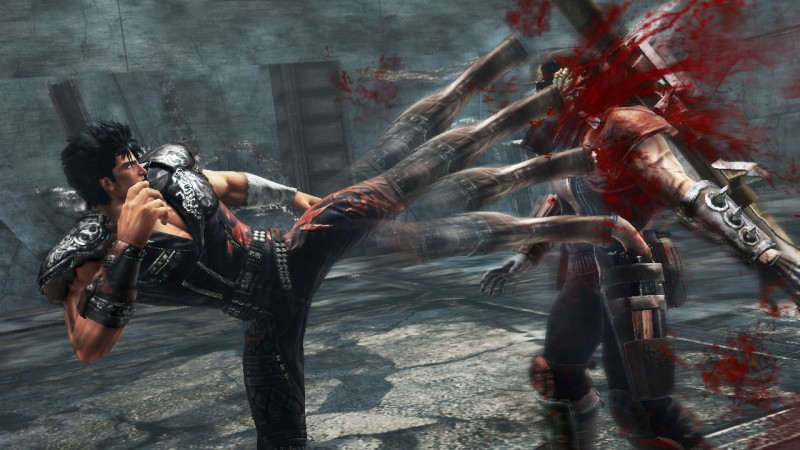 An interesting aspect to the game is the scroll system. Every so often you will come across a scroll and at the end of every level you can equip them. Each scroll has up to three power-up icons in a row and can be placed in five separate slots. If you line up multiple scrolls with the same icon in the same slot you will get a “nexus” which is kind of like a chain bonus for lining up the same icons. Certain scrolls also have special skills such as poisoning enemies or being able to do more damage with explosive barrels and other items, so it makes you stop and think about what stats you want to buff and which ones you want to sacrifice.

Ken’s Rage 2 is targeting a pretty specific audience: people who enjoy the Fist of the North Star manga, and fans of the Warriors franchise. Outside of those groups, I can’t see many other gamers genuinely enjoying themselves with this game. The story might not be so awesomely cheesy to some as it is to me, and the gameplay is little more than a Dynasty Warriors style beat-em-up. While I can’t recommend a purchase, especially if you’ve played the first game, there is certainly enough here for Warriors and Fist of the North Star fans to enjoy from a rental.