It is time to gather your armies and march to the sound of the guns as Europe is again engulfed in a struggle for supremacy among the continent’s major powers. This time, developer Paradox Development Studio takes players to Napoleonic Europe in March of the Eagles. Set on a detailed map of Napoleonic Europe, players will have the option to play as Napoleon Bonaparte and lead France to imperial glory or as one of Europe’s several major and minor powers during the height of the Napoleonic Wars. 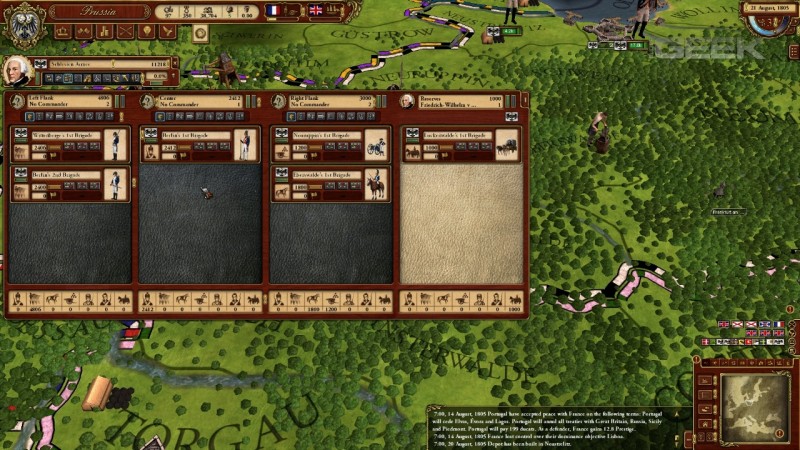 One of the latest titles to Paradox’s long list of grand strategy games, March of the Eagles is also the company’s continued attempt at making grand strategy more approachable to casual and prospective gamers interested in trying out this bountiful genre. We are pleased to report that Paradox has put together a robust formula in doing just that by making the gameplay mechanics less dense and the learning curve manageable with a tutorial that allows players to pick up the basics in less than an hour, which had been a recurring issue in its earlier titles.

Another appealing aspect for those on the fence about the genre, March of the Eagles places more emphasis on the military side of grand strategy unlike Paradox’s other more notable games. Although there is a lack of in-depth focus on economics, domestic politics, and social issues, the game channels the details into the planning of military operations such as gathering the necessary funds for recruitment and building infrastructure, etc. An essential aspect that players will notice is that logistics plays a particularly crucial role in ensuring that your armies are adequately supplied at the front lines by making sure to build depots as well as the accompanying supply units for your armies.

In order to build up your forces, players can recruit different classes of land and sea units. The ability to customize the composition of armies and fleets is an appealing feature of the game as it allows you to experiment in different strategies, highlighting the sandbox element of a Paradox game without being overwhelming.

As characteristic of its predecessors, the game’s combat system depends on factors that are beyond human control such as terrain, weather, and morale. However, players can handpick available leaders, each with different stats and unique leadership characteristics, which helps mitigate the uncertainties of combat. Having the right leaders in the best roles is essential in battles as their leadership is instrumental in determining the final outcome as well as the effectiveness and coordination of units. 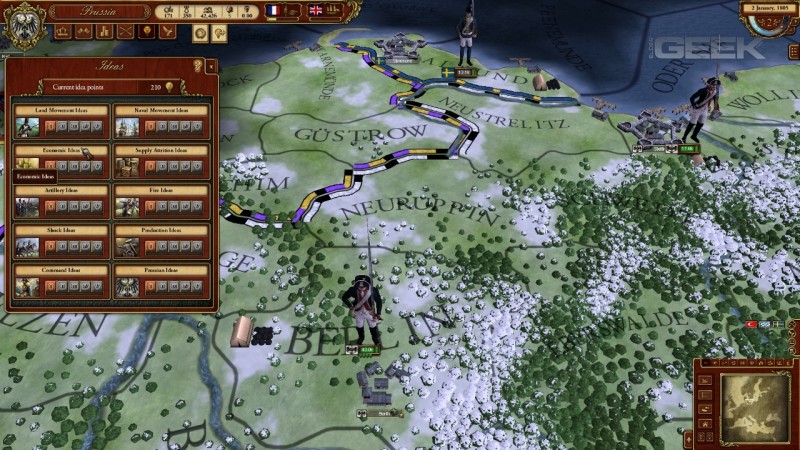 Another way to enhance the overall effectiveness of your military is through the game’s ideas system, which is like a tech tree, but more general. Ideas are unlocked with idea points that are gradually gained either through battles or random historical events that occur through the campaign. Players are given a variety of predetermined ideas that help improve overall technologies for logistics, military units, and better skills for leaders. In addition, each country has its own set of unique ideas that are geared toward their own military traditions. The ideas system is probably one of the weaker aspects of the game as there is little difference in variety from country to country. It would have been nice to see more in way of specific doctrines or tactics, which Paradox utilized effectively in games like the Hearts of Iron series.

Another new feature is the victory system, which is divided between land and naval objectives; this new system gives players a general approach for achieving total victory in the grand campaign, which provides the game with some structure in contrast to the typical open-ended element prevalent in previous games.

March of the Eagles also features a diplomatic system, which is crucial to building wartime coalitions. Within this feature, players improve relations with other countries as well as declare war and providing military and financial support to allies. However, this feature seems oversimplified with elements missing such as the ability to send spies to conduct espionage missions or the ability to use political marriages to solidify alliances. Although these may seem complicated and overwhelming, these are unique elements that make diplomacy in grand strategy titles strong and effective, particularly in a crucial period of European history.

Overall, March of the Eagles is a solid game with a balance of grand strategy basics and some of the characteristic in-depth gameplay seen in other titles within the Paradox arsenal. However, there are some oversimplifications in the diplomacy and the ideas system, which could be easily fixed through patches and probably DLCs. Also, the lack of a selection of scenarios outside of the grand campaign was also disappointing. Although the game has a multiplayer function with the ability to accommodate a group of players, the community is currently lacking. Paradox fans would be better off playing the bigger titles such as Crusader Kings 2 or Hearts of Iron 3, but this game would be fantastic for those who are intimidated by the genre and are looking to pick up the basics. In short, March of the Eagles is the potential gateway to the larger titles once you have a general grasp how the genre works. 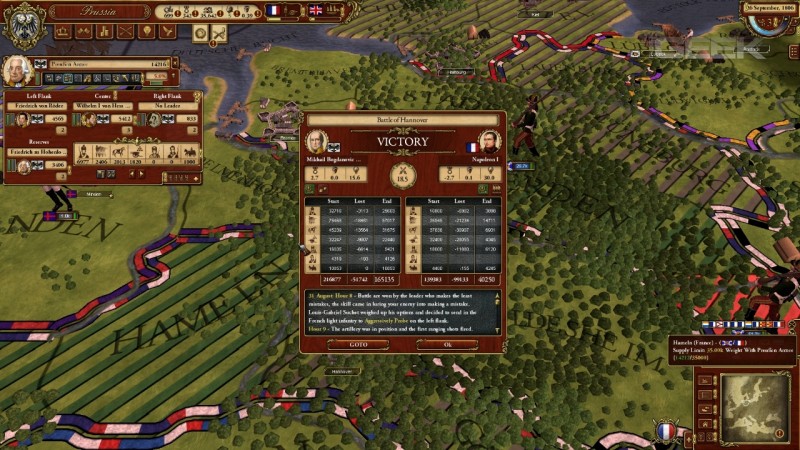