After a ten year wait, developer Maxis brings players back to the hustle and bustle of busy streets, the smell of smog and raw sewage with the return of SimCity. Unlike the previous games of the series, SimCity features a unique, albeit controversial, always online feature where players can construct cities in real-time with other players on a megalopolis city region map. Players control their own smaller cities within the region, each with different specializations to create a genuinely integrated metropolitan experience. 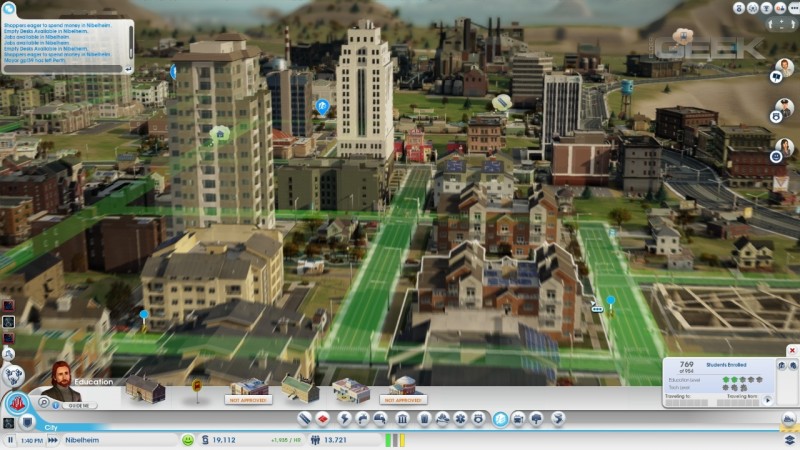 There is no true offline single player mode: a major disappointment to long-time fans. Instead, SimCity features an almost mandatory cooperative mode that is well executed, and allows players to play at their own pace without significantly impacting other players around the playable region. Of course, there are exceptions to the rule. Heavy crime and pollution from one city will affect all regions around.

As you enter into the detailed landscape, which seems like a recreation of the world of The Sims series, you begin with a small amount of Simoleans, which you must use to construct your future city from the ground up. Players will have to build all of the necessary parts that are required for a city to grow including a town hall, government services, public utilities such as water, power, and waste removal, economic buildings, and of course, homes. 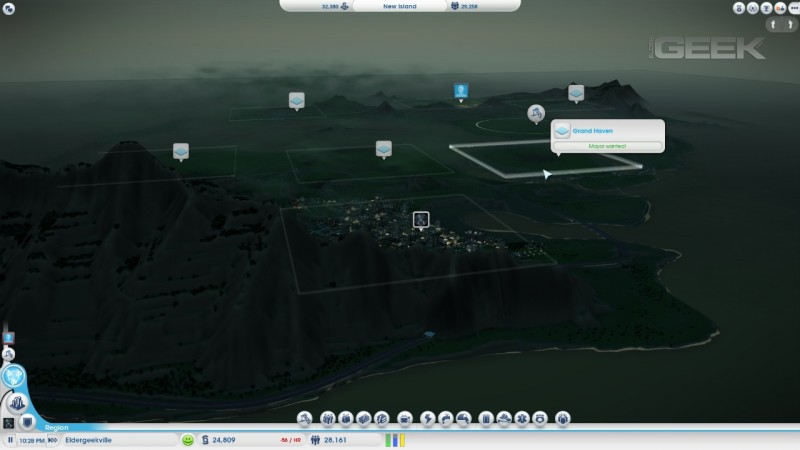 As in the real world, cities in SimCity revolve around the building and upgrading of roads, which are the foundation of almost anything in the game. Roads vary in the amount of traffic that can be handled, which also help determine how quickly and efficiently your city can expand and develop. Once you build the necessary roads, the game features a zoning system, broken down into three types: Residential, Commercial, and Industrial. Additionally, there is a wide range of support buildings and infrastructure including public works, education, mass transit, and public parks—all of which contribute to overall growth of the city.

One major downside to the new maps is the restrictive space provided to build up your cities, which detracts from the traditional megalopolis style cities players were accustomed to in the previous games. Also, the inability to reshape the terrain to your preferences further illustrates the constraining effects of maps. Nevertheless, this also challenges players to build smart and efficiently. Don’t like what you built, simply bulldoze the block or wait for a catastrophic disaster such as a zombie apocalypse to devour your entire population. No matter how much we play, it is still irksome to not be able to build the old self-sufficient megacities common in series.

In order to ensure your city turns a profit, you are constantly faced with determining the right balance of taxation and types of buildings within your city. A constant annoyance throughout the game is having a shortage of workers and needing to build more residential zones to alleviate the problem at the expense of building other essential buildings. This inevitably forces players to build other cities with different specializations as a way to utilize the integrated regional system, which discourages self-sufficiency. In order for this to be effective however, the Always Online feature strongly encourages you to play cooperatively with other players to build interdependent links, which would help with city growing pains. 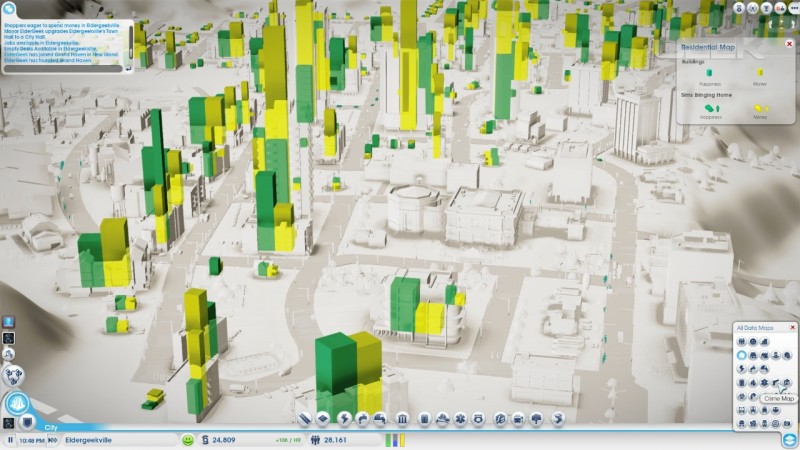 Even though the game consists of many detailed functions, it is fairly easy for players to pick up the basics in a short amount of time through the in-game tutorial. However, the game provides poor explanations of some the functions, which are not adequately covered in the tutorial, leaving players to rely on trial and error to figure out the effects of each item during an actual playthrough.

It is without a doubt that SimCity is a highly addictive game. However, after a few hours of gameplay, the game starts to feel somewhat repetitive as there is a lack of complex missions, save for the occasional mini-missions that pop up from different people throughout the city. Even those are limited in scope which certainly leaves you feeling unfulfilled. 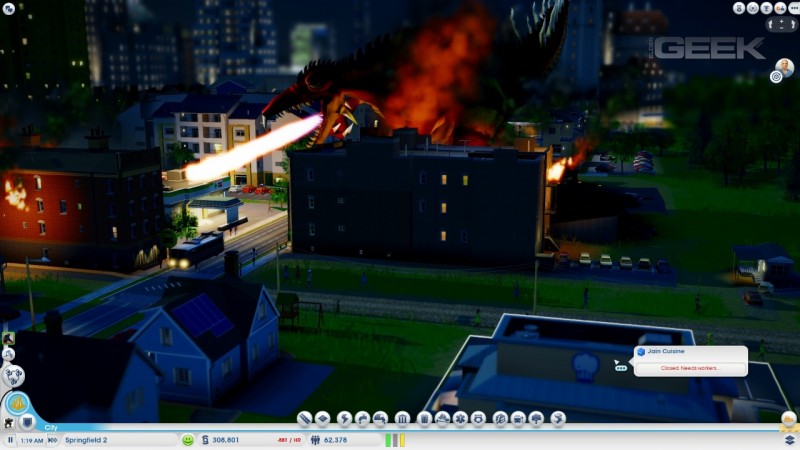 Most noticeable about SimCity is the immense detail of every aspect from the surrounding environments to the intricacies of crowded city streets and blocks. The sound design also helps with the believability of a living, breathing urban environment. The game also gives players the ability to change camera filters to fit their preference. SimCity is also one of the few games that accommodate those with colorblindness, an issue that companies take for granted.

As many anticipating gamers have inevitably noticed, the game has hit a number of potholes since launch, mainly with the game’s need to utilize the Always Online feature. This has been a major source of frustration due to server connectivity issues that continue to affect the game even a week later. Although EA is releasing patches every other day to address the issue, the Always Online feature may need to be reevaluated for this game, especially since we do not know whether EA would keep servers online in the future. At the very least, if the game was given an offline single-player capability, we could be more confident of the game’s longevity.

The overall gameplay package of SimCity is solid and easily addictive. However, the constraining maps, the inability for individual cities to be self-sufficient coupled with the inability to build megacities, the lack of an offline single-player, and the instability of servers makes this a worth try at best. If you do want to buy the game, we recommend waiting for a price drop and servers to stabilize.