Dishonored won us over, not because it was just another decent game, it was a great stealth game, and those have become rare.

Recently, Bethesda released Dishonored’s second DLC pack called The Knife of Dunwall; the first of two expansions where players live the life of the enigmatic assassins leader Daud–one of the villains of the core game.

The Knife of Dunwall takes place simultaneously as the events of the main storyline of Dishonored. After the assassination of the Empress, Daud doubts himself and his decision to murder a political leader for the first time. The Outsider appears to Daud and reaffirms his diffidence. As a parting gift, The Outsider gives Daud a mystery to unravel and possibly a chance of redemption, and sets him on his way by only giving him a name. 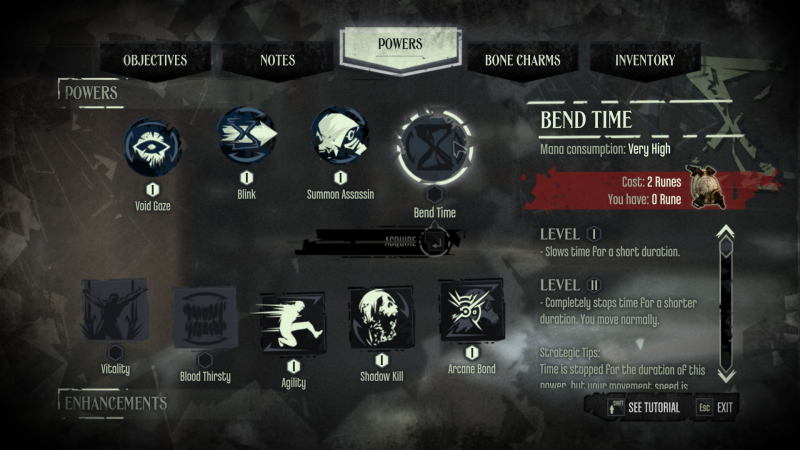 Daud comes with a few powers new to Dishonored.

The story of The Knife of Dunwall is engrossing, and it was a joy to fall back into the tales and streets of Dunwall once again. Daud takes on three targets, and like Corvo, he can eliminate his targets silently or obstreporously, non-violently, or he can slay everyone who is unlucky enough to be between him and his primary target.

The amount of game time squeezed from the three levels is up to each player and their play style. If you play silently and non lethally, it may take longer. If you’re brazen and go into your problems precipitating grenades, you might not get much out of the experience. But The Knife of Dunwall is notably harder than Dishonored. The environments are much tighter with fewer hiding spots and there are more enemies.

With the increased challenge comes a set of gizmos and powers tailored to Daud, complete with stun grenades, multiple charged floor mines, a hidden wrist crossbow, and the ability to summon assassins to fight by your side.

Most of Daud’s powers and weapons are available directly from the start, but some new powers are purchasable by finding relics and runes hidden in the environment. Weapons can be upgraded at the start of each level, eliminating the repetitive central hub of Dishonored. 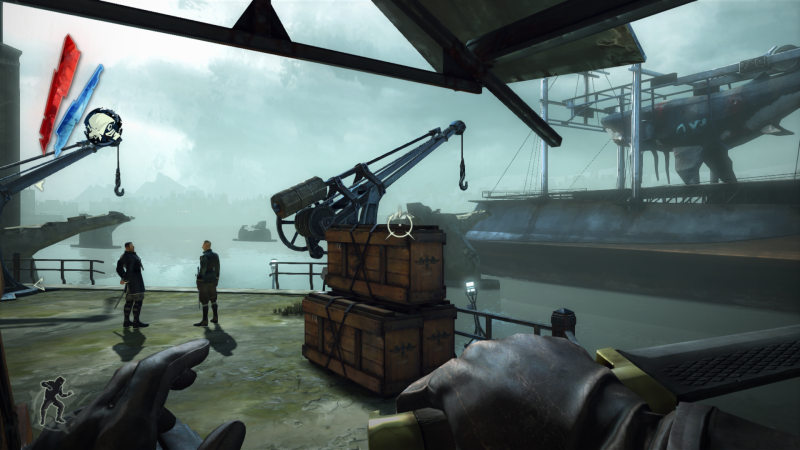 It’s good to be back in Dunwall.

Once again the audio serves as a high point for Dishonored as Michael Madson reprises his role as Daud. Kristy Wu and Erin Cottrell perform their roles admirably, keeping the bar raised high with the rest of the star studded cast of Dishonored. Daniel Licht’s soft, but brooding soundtrack suits the environment perfectly.

On the downside of The Knife of Dunwall is the fact that the third and final level is a level repeated from Dishonored. Though the location makes sense in the storyline and you approach the environment from a completely different perspective, we still wish that the three missions were three fresh settings.

Performance-wise, we ran into no issues on the PC and our machine ran the game steadily over 100 frames per second. Replay value is pretty high for this single player DLC as player will no doubt want to test out all the new skils and powers, and attempt to finish the missions with both high and low levels of chaos.

So if you like Dishonored, and want some more sneaky or stabby goodness, The Knife of Dunwall is an easy purchase to recommend especially if you’re looking for more of a challenge. Everything about it is more potent: tighter environments, more enemies, a streamlined storyline from a different perspective. And of course, it allows you dig a little deeper into the mysteries of Dunwall.