Mars: War Logs released while we were all sleeping. It received almost no media attention. The trailers were terrible and never went viral. And currently, no one is talking about its branching story path or mature themes.

But we’re sort of OK with that. Mars: War Logs isn’t an OMGSOAWESOMEYOUMUSTPLAYTHISAAACOMMERCIALSDURINGPRIMETIME kind of game. It’s core audience will be hardcore sci-fi and RPG geeks, and we’d like to assume that the developers at Spiders know this. It’s sort of a diamond in the rough…. a rough diamond in the rough. After knocking out its 12 hour campaign, it’s one of those games we keep thinking about.

It has tons of problems, but there is just something so geeky and original about it that we can’t stop replaying portions of it in our heads. It’s a flawed game that we love despite its obvious setbacks, and one that we want to share especially since good action RPGs are becoming harder and harder to come by. 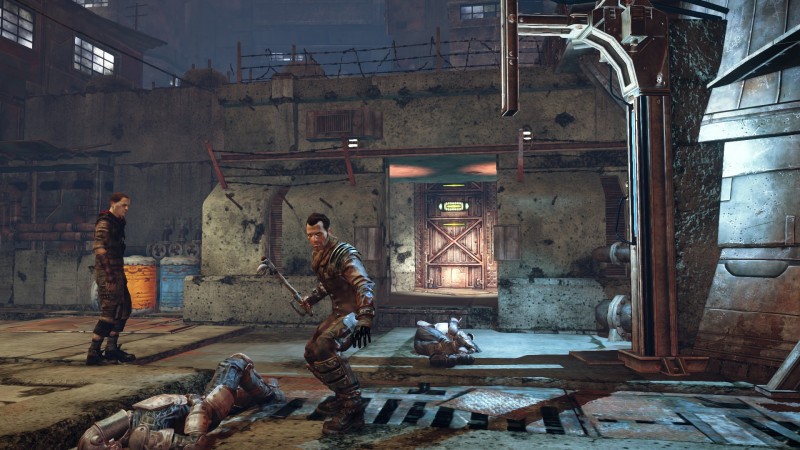 POW detainee Roy Temperance is determined to escape from his internment despite his inevitable release in a few months when the wars on Mars are over. He’s not being mistreated. As one of the tougher inmates, he’s not in any real danger. He just wants out. When another prisoner by the name of Innocence arrives, Roy finally sees an opportunity at freedom and takes his chances with his fellow soldier.

The story unfolds, exposing local corruption by the Mars: War Logs’ magicians: the Technomancers. Roy isn’t going to save the galaxy. Roy isn’t a generic space marine. He’s a soldier with a sordid past trying to solve some of the problems of one small settlement on Mars.

War Logs is set in a surprisingly deep sci-fi world with a lot of nice touches to make it feel preestablished. For example: all the characters are thematically named using abstract nouns–temperance, mercy, charity, probity, innocence. Sadly we didn’t find anyone named perspicacity.

The lore of the technomancers, ancient technology, the local giant mole problems, the existence and mistreatment of mutants is already set in place. As the player, you are but a brief visitor in this world and the game won’t bother to hold your hand and take you on a guided tour. The shanty town and the prison have a Midgar meets Riddick feeling that will make a lot of geeks feel right at home.

The branching story is good. After a few hours we became so addicted we marathon played through the remainder. Players make story and character altering decisions through dialogue tree choices and mission choices similar to the Witcher and Mass Effect series. This won big points in our book. Branching stories are few and far between, and to see one done this well from a small budget studio is impressive and praiseworthy.

But at times the story also rushes itself, introducing characters seemingly at a whim, and never fully giving enough time to each event to let the characters fully blossom. The ending fell flat for us.

The combat is very similar to The Witcher 2, mixing melee, ranged, magical, and trap combat into one fairly fluid experience. At first, the combat feels slow and clunky, but as you level up your character, you unlock more combat and magic skills making the fights brutally satisfying. The challenge level of the fights is fairly high, something we were very happy to see because it makes you think before you act. This isn’t a “spam attack button until fight is over” RPG. Some enemy encounters will require multiple attempts. Taking on multiple enemies at once is a bad idea. You can play Mars: War Logs on medium and get a very gratifying experience.

All weapons and armor found and bought within Mars: War Logs fit the environment well. There are no comically gigantic swords or planet destroying blasters to wield. Everything is of the makeshift variety, giving credence to the escaped prisoner motif. As you upgrade your armor and weapons with items found in the environment, they visually alter their appearances. You can modify almost any item to your playstyle, and even don on bone armor that looks shockingly similar to the dragon bone armor from Skyrim. 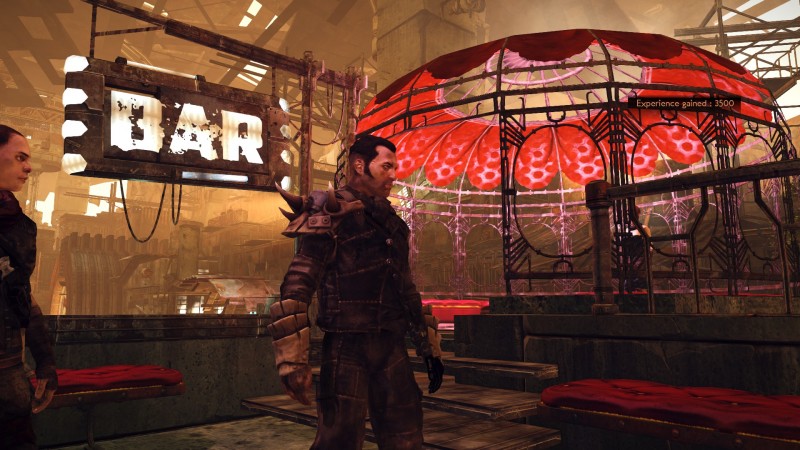 Of course, with a budget priced title from a very small foreign studio, there are bound to be problems with a game this ambitious. The voice acting is all over the place. Roy’s delivery is fine along with most of the minor characters he helps (or chooses not to), while other characters, particularly the villains, fall flat and robotic in their delivery. Some will outright mispronounce words.

The same can be said for the character models. Roy’s character looks great, while some of the supporting cast don’t have the same level of detail, and others could use quite a bit of work.

Mars: War Logs can also get buggy from time to time. Combat hints will appear on screen and never go away without completely shutting down the game. A few dialogue trees will cause characters to ask questions they should already know the answers to. And a few other odd issues will pop up from time to time. None of them break the game, but they can sure get annoying.

While not a bug, but still worthy of note, the side missions begin to feel repeated by the end and they cause quite a bit of backtracking through the labyrinthine maps.

Overall, Mars: War Logs could have used a little more time in the oven, but considering the small production team behind it, it’s doubtful they had the time or money to do much more. But what is accomplished by this small team is definitely worthy of some positive attention. Sure it could have been better, but for all intents and purposes, we were expecting it to be 1000x worse. It’s just not a AAA game.

We were addicted to War Logs’ story. It’s not often you organize prison breakouts or help out broken colonies on Mars. Someday in the future, we’ll definitely be playing it again to see how the other branching pathways work out. The setting and its lore sucked us in with their geeky tractor beam, and truth be told, we’d like to see more from this universe. It’s just a shame the story feels rushed, which left us mostly detached from identifying with many of the characters. For $20 it’s a great budget-priced game for serious RPG and sci-fi fans who aren’t afraid of wading through a some muck to be rewarded with a decent experience. Everyone else can either skip it, or wait for the inevitable sale.