If you can’t seem to get your fill with games like The Binding of Isaac, we can hardly blame you. They’re fun, challenging, charming, and for the price tag you typically get your money’s worth within the first hour of gameplay.

That is all very true with Diehard Dungeon, a top down rogue-like dungeon explorer from indie developer Tricktale.

While Binding of Isaac draws more inspiration from the original Zelda, Diehard Dungeon is much more closely related to The Legend of Zelda: A Link to the Past. Movement isn’t restricted to up down left and right. The melee attack is limited to a very short range and the lantern highlight area is almost identical to the 16-bit masterpiece. A few of the sprites seem a bit familiar too. Unfortunately there is no powered spin attack.

You start each tour of the dungeon with a simple sword. Shortly thereafter you rescue a semi sentient treasure chest the gathers all dropped loot. If the chest gathers enough cash, it upgrades to the point of defending itself by firing its own projectiles. You quickly find a firearm capable of firing bombs at high speed that do minor damage on impact but major damage on explosion. 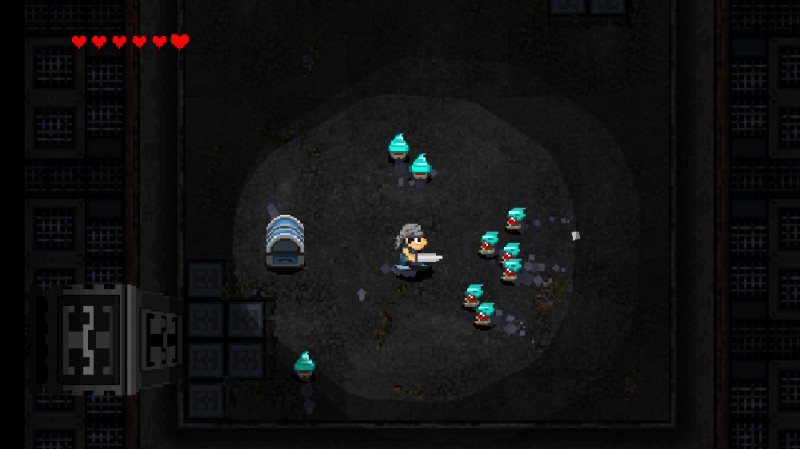 Each room is randomly generated and filled with an assortment of baddies, traps, and hidden pathways. Future rooms are unlocked by defeating all the enemies within, finding keys, or by finding switches hidden on the floor. Each room gets progressively harder and harder until you’re simply overwhelmed. There are some tough boss encounters along the way. Defeating a boss grants piles of cash and progresses you to the next area of your choice.

Picking up hearts will always add one extra heart to you collection but they are in short supply so it’s better to not lose them in the first place. Treasure chests are even rarer but give a random chance to upgrade your character up to three times apiece.

The character and enemy design is charming, calling to mind Locke from final fantasy vi, the slimes from the dragon warrior series, and….. Elmer Fudd. The soundtrack has seen a recent upgrade with a completely new OST from Case Portman. It’s not on par with A Link to the Past, but it more than serves its purpose. Truth be told, we turned it off after a few playthroughs and turned on some classic Zelda music to aid our swashbuckling.

Control-wise, Diehard Dungeon is fairly intuitive and works well with either mouse and keyboard or controller which is supported natively and doesn’t require additional software. After a few times in the game, the intro sequence stars to feel longer and longer, and thankfully, there is a quick start option to check off in the menu. 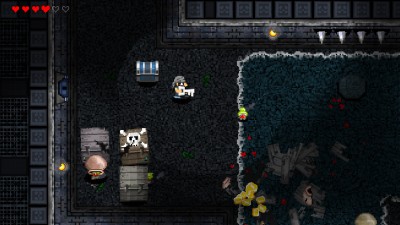 To add to the bargain, Diehard Dungeon also has a score based twin stick shooter mode called mayhem where you play as the treasure chest against waves of enemies. It’s not groundbreaking, but it is worth a romp or two.

The story is unfortunately puddle deep. Games can be a remarkable medium to tell a story and a huge opportunity has been missed here. The developer continues to support Diehard Dungeon and it’s never too late to create something interesting that would push this game from good to great.

For $5, Diehard Dungeon might be shallow in terms of story, but there’s no denying how fun and addictive it can be. Now get in there, and test your mettle.