Hey guys, do you know what time it is? That’s right! It’s time for another Dynasty Warriors review. I’ll be honest; I was surprised when I saw that Dynasty Warriors 8 was coming out so soon after the 7th entry in the series finished up its Empires spin-off. Normally they space it out a little longer. I was worried it was just going to be something Koei and Omega Force put together real quick without any second thought. Thankfully, I was wrong. 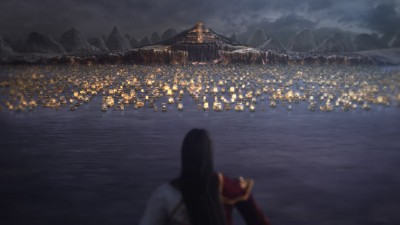 The openings are always fun to watch.

I know you’re thinking that Dynasty Warriors 8 is the same old hat, and for the most part you’re right. You’re still fighting your way through hundreds of cannon fodder enemies to get to the guy at the end, but this time around certain enhancements make the experience much more enjoyable than just hitting X, X, X, Y (or square, square, square, triangle) over and over again.

The story mode is similar to Dynasty Warriors 7, meaning instead of choosing a character to play as, you choose one of four different kingdoms and experience the story that way. Each kingdom tells their perspective on unifying China, and if you complete certain objectives in the various stages you’ll unlock a “what if” path that branches away from what really happened. Also, instead of being assigned one character per level, you have multiple characters to choose from. Each character usually has a slightly different objective during the level, so this combined with the alternating story lines will keep players coming back to see what happens if they play a level a little differently. My only complaint is the lack of a narrator in-between levels. 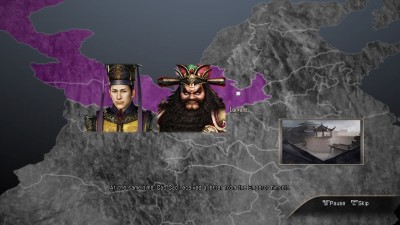 The story is told similar to something you would see on History Channel.

Free mode also makes a triumphant return in DW8. This allows you to play through story mode battles as whoever you want. You can also choose the side you play on, so it offers a different view not accessible in story mode.

The place where players are probably going to be spending the majority of their time is the new ambition mode. In this mode you choose an officer and he controls a little  spit of land. The object is to make it fit for the emperor to visit. To do that you have to gain materials to level up your various stores, get allies to beef up your army, and increase fame to make your village grow. The only way of doing this is by battling. Short skirmishes will net you materials, large battles will add allies, and mission based battles will raise fame. The more levels you do without returning to camp, the greater rewards you earn. However, your health only recovers a little between each battle, and if you lose you get nothing. This high risk, high reward system is very engaging and it will likely get you into some intense conflicts. 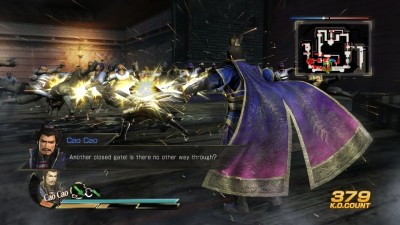 By now all of you should be familiar with the Dynasty Warriors play style, so I’m going to highlight the new aspects of it. First and foremost, each character has two weapons they can freely switch between in battle, but this time each weapon has one of three attributes. This system works like rock, paper, scissors. If your attribute beats your opponent’s, you can do a crazy combo on them after hitting them a few times. If it is weaker they won’t flinch when you hit them, but you do have a chance to do a counter attack. This system is very entertaining and can get hectic when you get multiple officers with different weapon attributes coming at you all at once. Most importantly, it gives you a reason to change up your weapons.

The other new addition is the rage meter. Like the musou meter that lets you do special attacks, the rage meter slowly builds as you defeat enemies, and when you unleash it you do crazy amounts of damage as well as a souped up special attack that wreaks havoc on anything in its path. It feels overpowered at times, but it really helps out when you are in a tight spot. 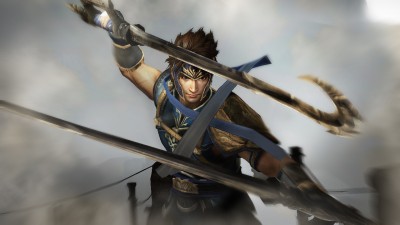 There are more subtle alterations as well. Each character has their own unique weapon, each one more ridiculous than the last, and that means there are no more cloned move sets. Additionally, each character has three different special attacks depending if you’re on the ground, in the air, or holding down one of the trigger buttons. Most importantly, and I can’t stress that enough, if you keep the horse call button held down your character automatically jumps on the horse (or bear, whichever you prefer) without you having to walk up next to it and press the jump button. This feels like one of those “Why didn’t they think of this before?” ideas, but it makes the whole experience so much better.

Dynasty Warriors 8 retained a lot of its look from DW7. A few characters got redesigned, but I was disappointed to see that most of them looked pretty similar. On the plus side, each kingdom got two to three new characters, each with their own specific weapon. The levels tend to be hit and miss. Some are fairly bland, while others are quite complex. For example, in the naval battle at Chibi, you will make transitions from land, to ship, and even inside some of the ships as you slice your way through the level. 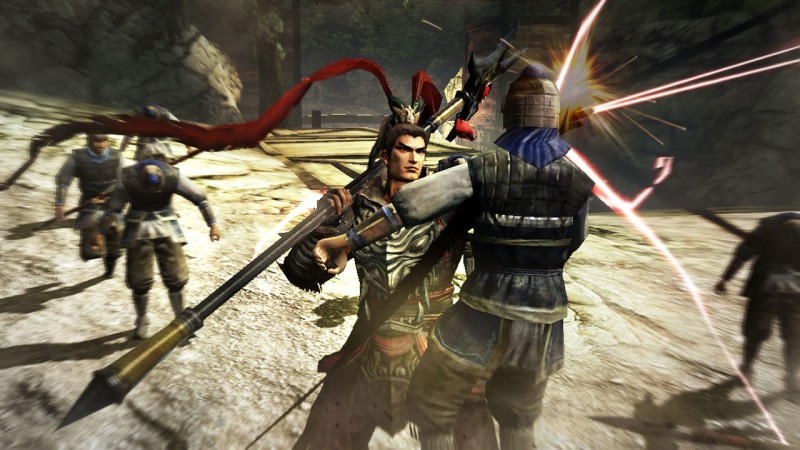 We told him not to pursue, but he just wouldn’t listen.

I think it’s safe to say the voice acting has evolved into something good for Dynasty Warriors. The voice work has come a long way from the Playstation 2 days, and the game is better off because of it. However, some additional lines would have been nice. I can only hear the words ambition, benevolence, justice and chaos so many times before my head explodes.

And don’t worry; the crazy hard rock guitar music is back. The tracks seem to have been balanced out so it’s not super in your face, but thankfully it is still over the top.

I was weary of this title at first, but Dynasty Warriors 8 is the quintessential Dynasty Warriors game and a home run for Koei and Omega Force. The tweaks to the combat add an element of strategy and planning to your attacks, especially on the higher difficulties, and the more subtle changes make the overall experience so much more enjoyable. Minor complaints aside, newcomers as well as veterans of the series will have a great time with this title. Plus, once again there is a ton of content to see and unlock, so players won’t run out of stuff to do anytime soon.