Like last year, I’m choosing a game from my childhood for my final backlog article of the summer. Back in the day, Lucasarts was the king of point and click adventure games. Almost their entirely library is quirky and very entertaining, but the one that always stands out to me is Full Throttle. Maybe it’s because it was the first one I played, or maybe I just like the idea of a hardcore biker solving puzzles to get around obstacles, but Full Throttle will always be my first choice when it comes to point and click adventures.

Set in a futuristic but not very fun looking world, Full Throttle focuses on a biker gang called the Pole Cats and their struggle to keep their terrestrial motorcycles while the rest of the world makes the transfer to hover cars. Corley Motors is the last motorcycle manufacturer in the country, and one of the executives has formulated a plan to make the transfer to hover vehicles that involves framing the Pole Cats for murder. It’s up to Ben, the rough and tough leader with a heart of gold, to set things right and keep Corley motors in the motorcycle business. 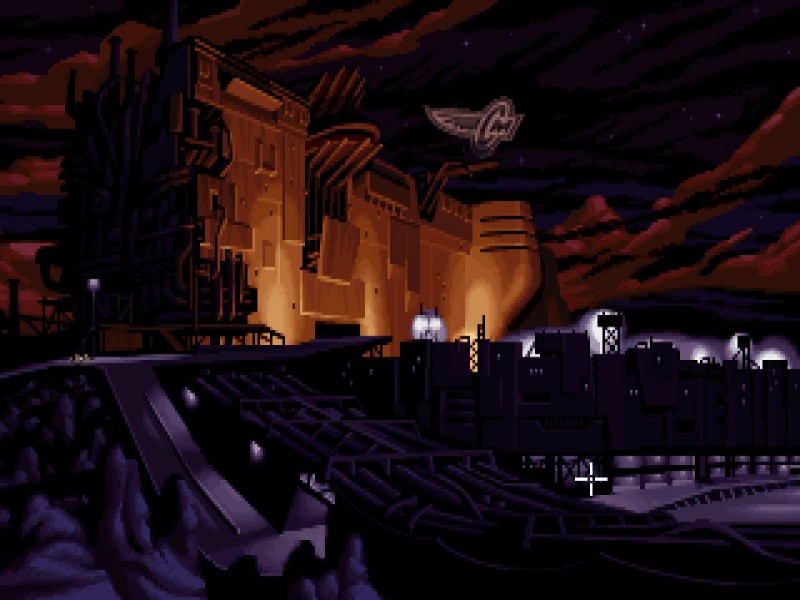 To do this, Ben must navigate his way through motorcycle breakdowns, rival gangs, police blockades and even minefields. He has to use his head (except on the other gangs… then he uses fists as well as other weapons he comes across). If you’ve played the game as much as I have and you know the solutions to the game’s puzzles, Full Throttle will clock in at only a couple hours. However, for the first time player the puzzles can be challenging. There are even some puzzles set on a time limit, so novices are going to need to rack their brains. 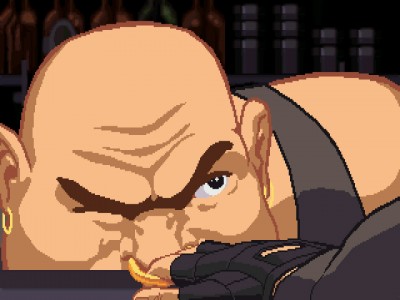 You know what might look better on your nose?

If you’ve ever played an old point and click adventure, you have a good idea of how the game looks. The pixel art is usually incredibly detailed, especially when it comes to the environments. There are also cutscenes, which was unusual for this type of game at the time. The designers at the time took extra effort to camouflage puzzle pieces in the environment, so be sure to interact with everything!

Here comes the fun part: the audio. First off, the soundtrack is perfect for the game. The band “The Gone Jackals” were responsible for the main tracks, including the opening track Legacy which brings you right into the game world. The music is pretty much defines the quintessential “biker”.

The voice acting is easily the best part of Full Throttle. The talented cast brings the characters to life and delivers some of the most quotable lines I’ve ever heard in gaming. Ben himself is the treasure trove of quotes. Lines like “Let me go, or else… I’ll call you names!” or “I’m not putting my lips on that,” are great, but having him just read the warnings on a dumpster or say “play” after kicking a piano is comedy gold. Although the comedic factor does make sense; the project was led by Tim Schafer after all. 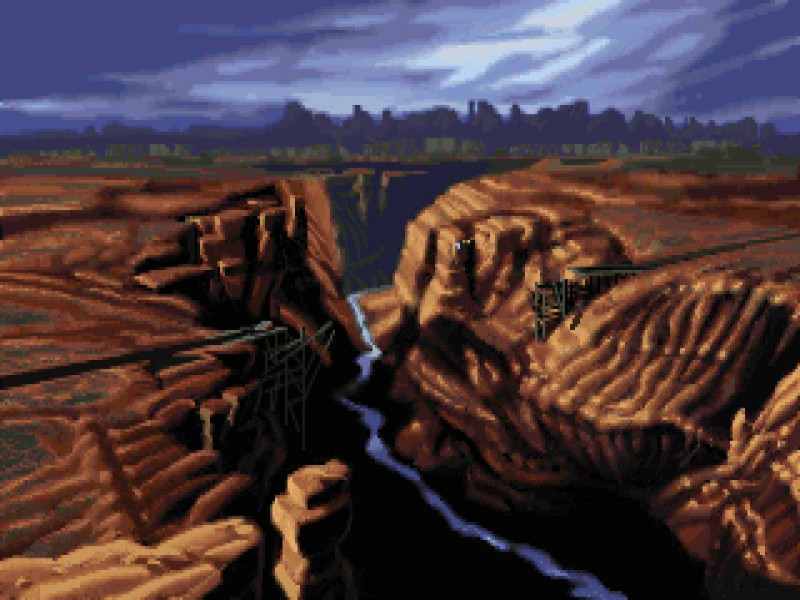 Ben and his bike are only represented by a handful of pixels when zoomed out, and I’m perfectly ok with that.

Full Throttle is a bit difficult to get running on a modern day PC, but if you can find a way I’d highly recommend it. To get my version running, I copied the contents of the CD to a folder on a desktop and ran it through a SCUMM emulator. The story is an interesting take on a stereotypical biker gang solving their problems in a non stereotypical way, and while some of the puzzles can leave you stumped for a while, they’re not impossible. However, the characters are easily the main draw to the game. It’s a damn shame the sequels never made it out of production.

That will do it for my summer backlog articles for this year. Odds are I will be back in a few months with some more old videogames I don’t have time to play.