Naughty Dog started the seventh generation for the PlayStation 3 with a bang, and it is helping the PS3 go out in style as well. In fact, if there was ever a swan song for this gen, The Last of Us would be it, which is oddly poetic all in its own if you stop to think about it.

The Last of Us is a story of human survival against a deadly parasitic fungal infection very similar to the species Ophiocordyceps which causes a zombie-like mind control in ants before destroying the ant’s body and spreading the infection through spores. This brings plausibility to the zombie outbreak scenario, but also makes a wonderful social statement subtly comparing humans to ants. 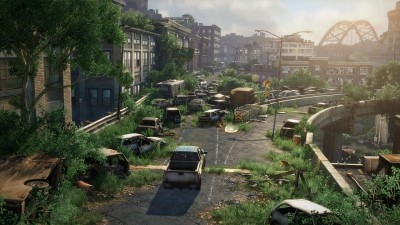 Players control Joel (voiced by Troy Baker), a black market smuggler who is tasked with smuggling Ellie (voiced by Ashley Johnson), a 14-year old girl who is immune to the infection into a Firefly-controlled hospital with hopes of synthesizing a cure for humanity. The Fireflies are seen as rebels and brigands by some, and heroes by others. But in this grim vision of the future, there are no black and white. Everything is a muddy shade of gray. Even the villains worry about protecting their own children.

The journey is not an easy one on either a physical or emotional level. The couple face off against the brutally violent infected, other humans viciously trying to survive, and against their own emotions as they deal with the loss of almost everyone they’ve ever loved and the difficulty of trusting new faces.

Weapons, ammunition, and supplies are incredibly scarce, and depending on the difficulty level you play on, they can get even scarcer. So to combat the physical onslaught Joel and Ellie need to rely on precision use of weapons and stealth. Health does not regenerate, so hiding behind one of the many waist-high walls will only add a moment’s reprieve against some rather sizable odds. For stealth fans, you’re in for a real treat. The Last of Us has some outstanding stealth segments.

Joel can find spare parts and tools to upgrade his equipment which ranges from a few pistols, a shotgun, a bow, a rifle, a flamethrower, and an assault rifle. He can also use parts to craft shivs for silently eliminating special infected enemies and for busting open locked doors. And for those extra sticky situations, Joel can create IED nail bombs and molotov cocktails to clear out clustered enemies.

The Last of Us isn’t just another third person kill-fest. Death is ugly and brutal within The Last of Us. Some enemies will beg for their lives. Others will outright run away if you’re fighting hard enough. And most impressively, it seems to genuinely affect the protagonists on an emotional level.

It it wonderfully touching to watch Joel and Ellie’s relationship grow from the beginning of the game to the end, starting as standoffish strangers to becoming family, or the closest thing that humans could have to a family. In fact the game had us choked up on a number of occasions.

The environments vary from all across the United States from open woods to tight underground passageways to office buildings, city streets, and they all range from summer, winter, fall and spring. Each one is gorgeous and give the player a real sense of progression from beginning to end.

To write The Last of Us off as “just another third person shooter” or “just another zombie game” would be criminal. The Last of Us is a work of art on almost every level. Neil Druckmann crafted the story and its characters with the precision of a seasoned novelist. It’s a story of redemption, but just below that surface, its an exploration into how humans deal with loss. It’s a study on the creation and destruction of the family unit, and it’s a journey from adolescence into experience. 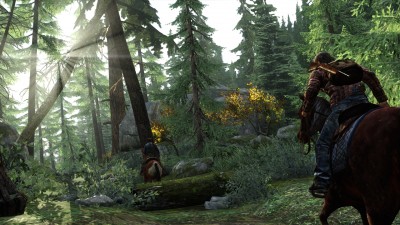 Everything has been crafted with care. The music is kept to a minimum. Instead the game relies heavily on the amazing sound design. Its excellence is amplified while playing the game on survival mode: where Joel has no superhuman hearing abilities that enable him to “see” characters through walls. Instead, players need to rely on their own listening skills. When music does come into play, it is appropriate to the scenario, deepening the player’s sorrow, or creating a tighter bond between the player and the protagonists.

Trophies have also been handled with a feather touch. Achievements aren’t tossed for the most trivial accomplishment like completing a level or finding a new weapon. That would only remind the player that they are in fact playing a game and would break the immersion from the world.

But what we’re most impressed by are the little touches and symbolism within the game. Everything from the color schemes, to the etymology of the characters, to the types of flowers used within the world open the game up to a deeper meaning. Despite all the death, destruction, and decay within this grim look a devastated United States, The Last of Us is remarkably beautiful.

But despite all the praise we can dole out for The Last of Us there are still some issues with the game. Most are minor, but they’re all noteworthy.

There is an odd glitch when respawning in the game after clearing or semi-clearing an area of enemies. You may come back into The Last of Us surrounded by enemies where there should be no enemies and you’re instantly spotted, or enemies may simply pop out of thin air. It will happen once or twice per playthrough and doesn’t truly distract from the gameplay.

There are also a few areas that are poorly lit, particularly within the abandoned subway station filled with spores. We realize this is to show off how dense the air is filled with spores, but the same effect could have been achieved with less.

While this isn’t a bug, but instead is a design choice, what is most annoying about The Last of Us is that enemies don’t necessarily drop the weapon they are carrying unless it is a melee weapon. Meaning: if an enemy is carrying a 9mm handgun and you silently eliminate them, you don’t pick up any 9mm handgun rounds (which you may only have 2 left). HOWEVER, often times if you kill random enemies with a specific weapon, they’ll drop more ammunition for that weapon. It’s a pretty illogical system. Rationally you may think, “I’m almost out of ammunition so I should try to be more stealthy so I can collect their supplies,” but that is sadly not the case.

And finally, the PlayStation 3 is definitely showing its age. The visuals are fantastic for the platform, but to maintain the performance Naughty Dog was looking for, some incredibly low resolution and downright ugly textures can be found all over the place, abandoned cars being the worst offenders. 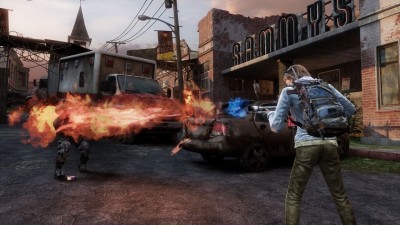 The multiplayer will keep the disc within your machine for a little while after you’ve completed the single player. It is a pretty standard fare of multiplayer deathmatch and multiplayer elimination but mixes in some of the crafting elements from the main game. It’s good, but not great enough to buy the game outright because of it.

We love The Last of Us, and if you own a PlayStation 3, this isn’t just a “worth buy” this is a “you should probably have this as part of your collection.” It’s not just one of the best games for the system, it’s one of the best games this generation. Yes, there are problems, but they’re definitely not enough to mar the experience. Naughty Dog has outdone themselves with this title and we eagerly await what they have in store for us in generation 8.