If you’re reading this you have probably played an action RPG before… unless you’re my mom. You have your Diablos, your Torchlights, and whatever else you kids like these days, but Drox Operative is cut from a different cloth. This space adventure drops you into a galaxy where there are no rules for you. You can do what you want, when you want and nobody can tell you otherwise.

Drox Operative is an interesting beast. It’s a point and click action RPG, but instead of wielding a steel broadsword with +4 head removal you sit at the helm of a spaceship and it is up to you to do, well, whatever you want really. Instead of saddling you with a main quest, Drox gives you freedom in a living, breathing world that doesn’t wait around for you to progress. Before you write this game off as another run of the mill action RPG, I encourage you to read on. 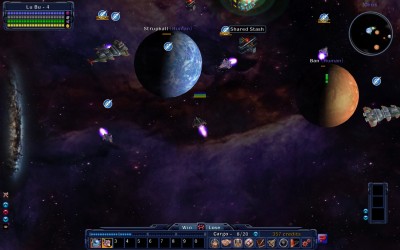 You play as a member of an elite group called the Drox Operatives, a guild that survived the extinction of the race they worked for, and it is up to you to control various sectors in space by any means necessary. This means making allies, enemies and a name for yourself. There are a number of different ways to accomplish this, but the real joy of Drox  is to just have fun. If you’re loyal, fun can be allying with one race, completing their quests and helping them take over the galaxy. If you’re not, fun can have a whole different meaning revolving around betrayal, sabotage and war.

When I started the game I was very intimidated. There were ships everywhere shooting at me for seemingly no reason, and equipping a laser AND a shield overloaded my ship so it couldn’t perform to its maximum potential. Thankfully, Drox does a great job with tutorials at the beginning of the game, so in a matter of minutes I was able to control my equipment, find a friendly port, and most importantly, learn that those random ships are just monsters I can shoot down with absolutely no remorse. 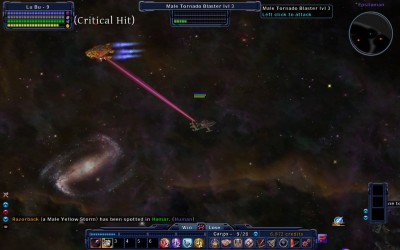 When you start the game you will find a staggering amount of options to choose from. There are a bunch of different ships with different attributes depending on your style of play. You can choose the scale of your randomly generated galaxy along with how many other races are with you and how powerful enemies are. You can even activate special options that make the game more difficult if the initial challenge isn’t hard enough for you.

When you are dropped in that randomly generated galaxy you will quickly realize that the civilizations around you aren’t going to wait for you to complete a quest. For example, if you accept a human quest to destroy a notorious ship and they do it first, you fail and hurt your relationship with them. This is a breath of fresh air from the typical RPG where everyone has infinite patience while you grind levels and better loot. 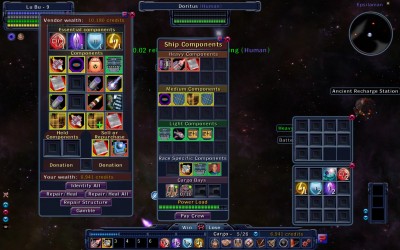 The UI might look intimidating, but it is easy to navigate.

Quests and loot are the backbone of many point-and-click action RPGs. The quests are a little different in Drox since there is no main storyline to follow. Missions are given out by different races and completing them improves your relationship with that race while also netting you experience and loot. However, quests are not completely one sided. Completing or failing them may harm your relationship with the quest giver, or other races. This is a very interesting system because it forces you to think a little before randomly accepting every single quest. The only drawback is that there isn’t much variety. Most quests involve fetching an item from another planet, destroying x number of a certain enemy, or destroying a specialty ship.

Leveling is pretty standard, but you still have to think a little before dumping all of your points into getting a bigger ship. If you’re like me and you think “bigger is better,” you’re soon going to find yourself moving very slowly through space because you don’t have good enough thrusters to move your barge around. Learning how your ship works takes a little bit of trial and error, but once you’re used to it you can turn it into a fortress.

There are a good amount of items to outfit your fortress with too. Some of the necessities are lasers, shields and armor, but you can also get different weapons such as mines and missiles. There are also various buffs you can put on your ship to make it stronger or fly faster, but you have to keep an eye on your power level because if you go over you are essentially over encumbered and your ship doesn’t perform to its peak.  Thankfully the user interface makes it easy to outfit your ship and you can easily switch your equipment back and forth on the fly. 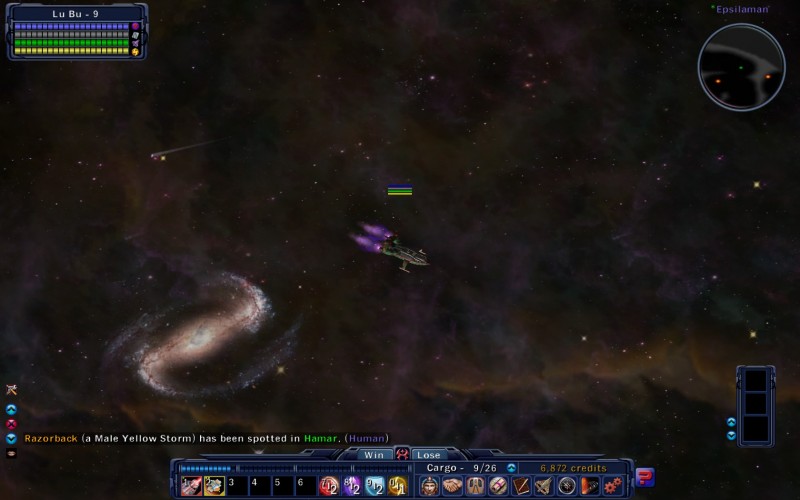 Space can get pretty lonely sometimes, but it sure is nice to look at.

While Drox isn’t the belle of the ball, it certainly is not an eyesore. One thing that really jumps out at me is the vast number of different ships; especially when you beat one sector and move into a new one. The space backdrops are also very pretty to look at if you get time away from firefights and looting. On the other hand, each race is represented by only one avatar. For instance, every human in the game is your quintessential handsome looking, smirking white guy. Also, some of the things that the other races say to you don’t look quite natural.

I say “look” instead of “sound” because Drox doesn’t have any voice acting, and that’s not a negative thing. With the ambient space music and the satisfying sci-fi sound effects, Drox doesn’t need it.

At the end of the day, there aren’t many game that absorb me to the point where I’m staring at my computer screen with my mouth agape losing all track of time. Drox achieved that, and while I do have a couple nitpicky issues with it, I still had an awesome time doing whatever the hell I wanted in the far reaches of space. If you want more info on Drox, or if you want to download the demo you can go to Soldak’s website. I highly recommend it, and I think you will be glad you did.