In Paradox’s second expansion Europa Universalis IV: Wealth of Nations, the latest addition to the main game focuses on the intricacies of trade power and relations within the framework of empire building. In conjunction with the expansion’s release, Paradox also released the hefty 1.6 and 1.6.1 patches, which provided a long list of welcomed and, in some cases, unwelcome modifications including some tweaks to the overall Macro Build UI, some AI balancing issues, as well as modifier effects, new religions, cosmetic changes, and the addition of new unique events for several nations.

In our original review of EU IV we mentioned that the effects of trade seemed more like an afterthought and footnote to the overall experience of the game. However, with Wealth of Nations, the trade aspect becomes a more influential and integrated into the game’s diplomacy and military actions.

With diplomacy, players are now able to request nations to transfer a percentage of trade to you as a way to bolster trade profits instead of only demanding trade transfer as a condition of victory in a war. The game also allows you to designate a trade capital in order maximize profit power and potential at a nearby trade node. Players can also Justify Trade Conflict with powers that are potentially threatening your trade interests in a trade node, which can trigger trade wars. 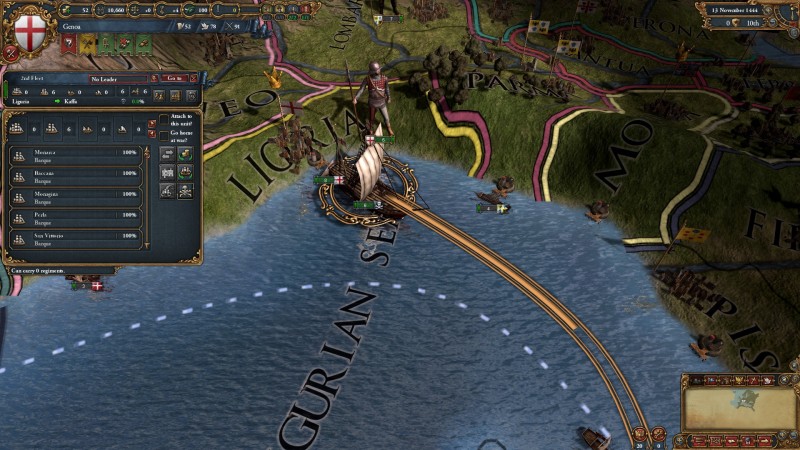 Nations can also form trading companies in places like North and South America and India, which is similar to the formation of colonial nations, with their own provinces and military. They essentially function independently, but you receive a percentage of the profits as well as a percentage of overall naval power.

Players will also notice the ability to construct three major canals: the Panama, Suez, and Kiel canals. However, the downside is that these projects are geared towards later in the game when your economy is more mature and tech levels are almost maxed out, making these more like vanity features.

Another new feature is the ability to turn light ships into privateers to raid rival shipping near trade nodes as a way to increase your trade assets at the expense of economic competition. Privateers would raise the Jolly Roger, but remain under your control. Privateering has consequences as targeted nations would gain a casus belli against you as a result.

Blockading enemy ports during war also received a complete revamped, making it more crucial to achieving objectives decisively and quickly. The size of each province with a port affects blockading efficiency more so than previous builds and is determined by the amount and types of ships used for blockades. This aspect provides a necessary and more realistic balance to the game, which is a nice alternative to being effectively blockaded by one or two pissant ships.

Both the expansion and the 1.6/1.6.1 patch introduced a modified rival system, which also tweaked AI behavior towards you. An AI nation that has been a long-time ally would not randomly break an alliance without cause, which was a common problem. A major change is the way players can set rivals; Countries now pick rivals from a list of nearby nations that aren’t too strong or too weak compared to that country. Larger nations can pick rivals further away. 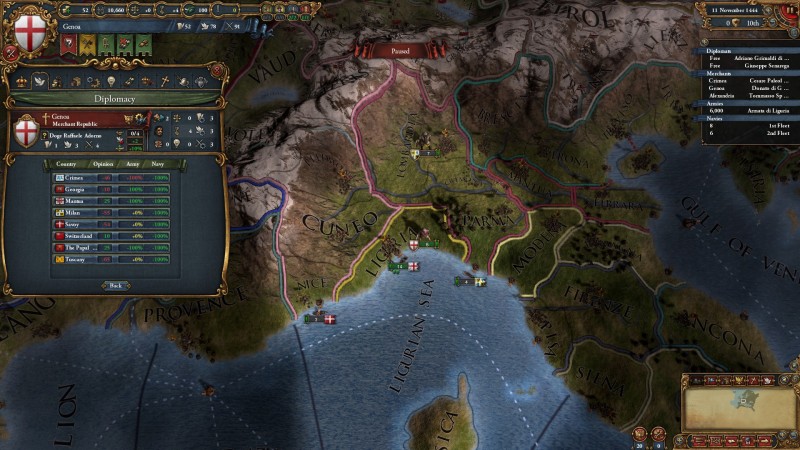 Picking a rival gives all the previous benefits of having a rival and also unlocks the new Power Projection system; Power Projection gives bonuses to Trade Power, Fort Defense, Land Morale, Naval Morale, and government legitimacy. We found that although certain aspects of the system is logical, the restriction on choosing rivals based on what the game thinks should be your rival can be frustrating at times.

Wealth of Nations has its share of bugs. We experienced some random crashes while playing on Ironman mode, particularly during autosaves. Although this had been an occasional problem, the last update seems to have increased the frequency. Also, we were taken aback at the increased number of rebellions during the game, specifically the large stacks of units spawning from these uprisings in newly conquered territories. Coupled with the aggressive expansion penalties, which has also been rebalanced, territorial expansion is more hazardous than ever, almost to the point where it is discouraged. We hope that the next update will address and fix these issues.

All in all, Wealth of Nations is a solid expansion that is full of some decent additions, enhancing the overall gameplay experience of EU IV. It provides another unique way to play the game, increasing the replayability that has become an important feature of the series. For hardcore fans, we definitely recommend a buy, but for the frugal player, the 1.6/1.6.1 patch implements some of the minor tweaks such as the revised UI as well as the Rival and Power Projection systems. This should hold you over until the next major sale.