We’ve all had that moment. You know the one I’m talking about—the epiphany that occurs just after you’ve finish hacking and slashing your way through hordes of enemies, or after you’ve finally managed to collaborate with a hundred other people to take that integral airfield. Suddenly, you step away from the keyboard, completely blown away by the experience that you just had, and realize with a start that you didn’t pay a cent for this game.

Free-to-play games, love them or hate them, are without a doubt here to stay. The gaming industry has evolved in a number of ways over the last decade or so, not the least of which has been in the proliferation of monetization systems. From downloadable content to season passes, free-to-play to subscription services, video game publishers have become quite creative in inventing ways to take the money of the consumer. This, despite some strong vocal opinions stating otherwise, is a good thing.

This isn’t to say that a given monetization scheme is without its flaws, or that one is somehow “better” than the other. Instead, the benefit of having so many different ways to pay for your entertainment is simply customer choice. For someone with a certain amount of disposable income, dropping the full price of a new game, and then subscribing to a season pass program for said game may not be an issue. As a husband and father, I cannot personally justify even spending the initial $60 dollars on a brand new game (in fact, I tend to stay away from purchases over $10). Because of this, free-to-play as a concept appeals to me.

The days of running to your local games store are fading away like so much dust in the wind. Console gaming is managing to keep once thriving businesses such as GameStop, GAME, and others on life support, but it will not last forever. With the advent of the Nintendo eShop, Xbox Marketplace, and Sony PlayStation Network, digital distribution seems to be on the rise even among consoles. Much like what Netflix and other video streaming services did to Blockbuster Video and Hollywood Video, the allure of instant gratification will ultimately doom these business to diversification or death.

What does this have to do with free-to-play games? Well, everything really. If you think about it, without digital distribution, free-to-play would be an impossible concept to put into practice; after all, you can’t simply produce hundreds of thousands of hard copies of a game and then give them out to anyone and everyone who is interested without charging something. Digital platforms such as Steam and Origin allow their consumers to pull all the data necessary from their servers with no cost on their end, and so monetization becomes much more flexible.

To answer the question of “what is free-to-play” more directly, it is any game that can be downloaded and played without spending any of your hard-earned cash. Now, this description is incredibly vague, and obviously leaves room for the inclusion of everything from mobile city-building simulator apps to near-triple-A quality games on PC and the newest consoles. Take a look at Steam’s free-to-play section, and you’ll find everything from classic theme park MMO’s to tactical RPG’s, third-person ninja shooters to World War II aviation simulators. There’s no genre of game that can’t have a free-to-play entry, and developers have really done well to show us the aforementioned flexibility of the monetization system.

What the developers creating these games do with that flexibility is a whole other story, and is the crux of the issue that most gamers have with the free-to-play system.

And so the penultimate question presents itself when judging whether or not to invest valuable time into a free-to-play game. The idea that a game may or may not be “pay-to-win” can make or break a game in this industry. But what is “pay-to-win?”

Well, the simple answer and definition is that it is any game wherein you can buy an advantage over other players in the form of an item, weapon, damage boost, etc using real world currency. But to really get a good grasp on what we’re dealing with, it may be a good idea to look at a couple of examples.

Need for Speed World was initially an under-hyped entry into an otherwise solid series, so it was not terribly surprising when it was made into a free-to-play game. However, issues began to arise with the manner in which microtransactions were implemented, or rather, what exactly was available for purchase. In Need for Speed World, the player is able to pay for speed boosters and parts for their car—a clear advantage over the player who has not spent money. The racing genre is certainly a difficult one to convert to a free-to-play model since there are clear individual winners and losers of each race, however, there are ways to go about it without allowing players to, quite literally, pay to win each race. Obviously, there is still some amount of skill to playing the game, but in a vacuum, where all drivers are at the same skill level, the one with the purchased advantage will win every time.

However, this standard definition of “pay-to-win” does not necessarily cover all games that gamers seem to believe fall under it. For example, EA’s re-release of the classic title Dungeon Keeper has been a catastrophic letdown for gamers that go back far enough to have played the original back in 1997. What was once a quirky, light-hearted game has been figuratively butchered by EA’s payment structure. I don’t mean to pick on EA, but these two examples happen to suit the purposes of this article quite well, and are fairly infamous for these reasons. 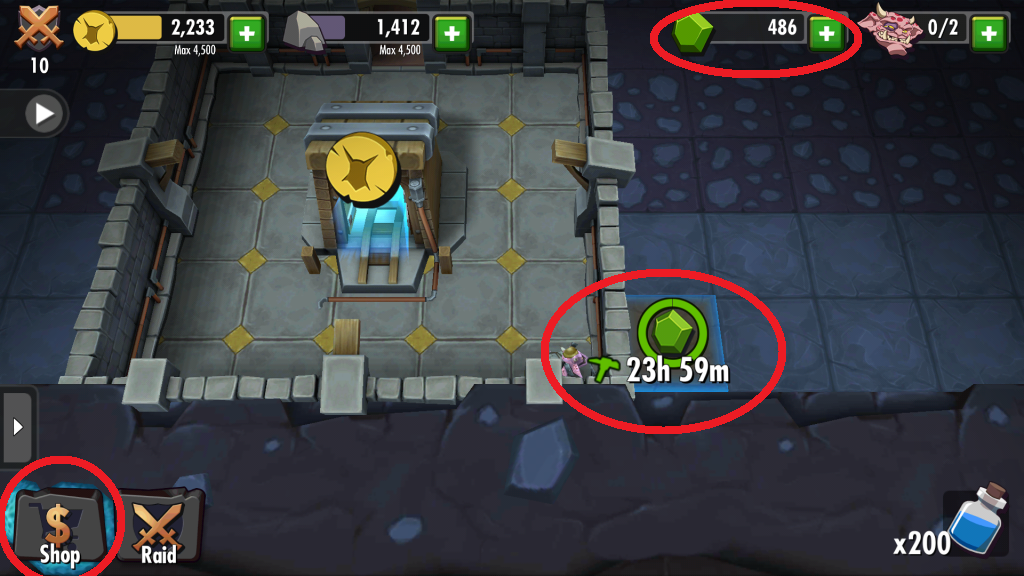 Now, while the game is still technically “free-to-play” by our original standards (after all, you can technically play the game without spending any money), the publisher has abused a certain element of the equation: time. Even the best free-to-play games require time to do some of the things that can otherwise be done instantly through a microtransaction, but the real issue arises when a game takes this to the next level. In the screenshot above, you can see that there hasn’t been much progress made, but there is already a 24 hour timer on adding just one segment onto the dungeon. To expedite this process, you are expected to use the in-game cash equivalent, which runs out very quickly.

In the world of economics, “opportunity cost” refers to the loss of potential gain from other alternatives when one alternative is chosen. Dungeon Keeper—and the veritable cornucopia of mobile games using the same model—spins this to their advantage as we are, effectively, forced to choose whether we value our time or our money. This doesn’t sit well with the majority of well-informed gamers, hence the ire found throughout the community.

So what exactly makes a “good” free-to-play game “good”? With all this talk about how microtransactions are a bad thing, and that they prey on the desires of gamers, how can such a system be implemented in a way that is beneficial and fair? It certainly is not impossible, and the bountiful success of several games has proven that it can and has been done.

Riot Studios’ League of Legends may very well be the most popular video game in the world, free-to-play or otherwise. This is made possible by the fact that it is a free game, available to anyone, can run on even lower-end PCs, and is relatively easy to pick up. The Multiplayer Online Battle Arena niche is becoming more and more crowded, but it will be a long while before any of them kick League of Legends off its throne. Another key to its ultimate success has been its well-designed microtransaction model. 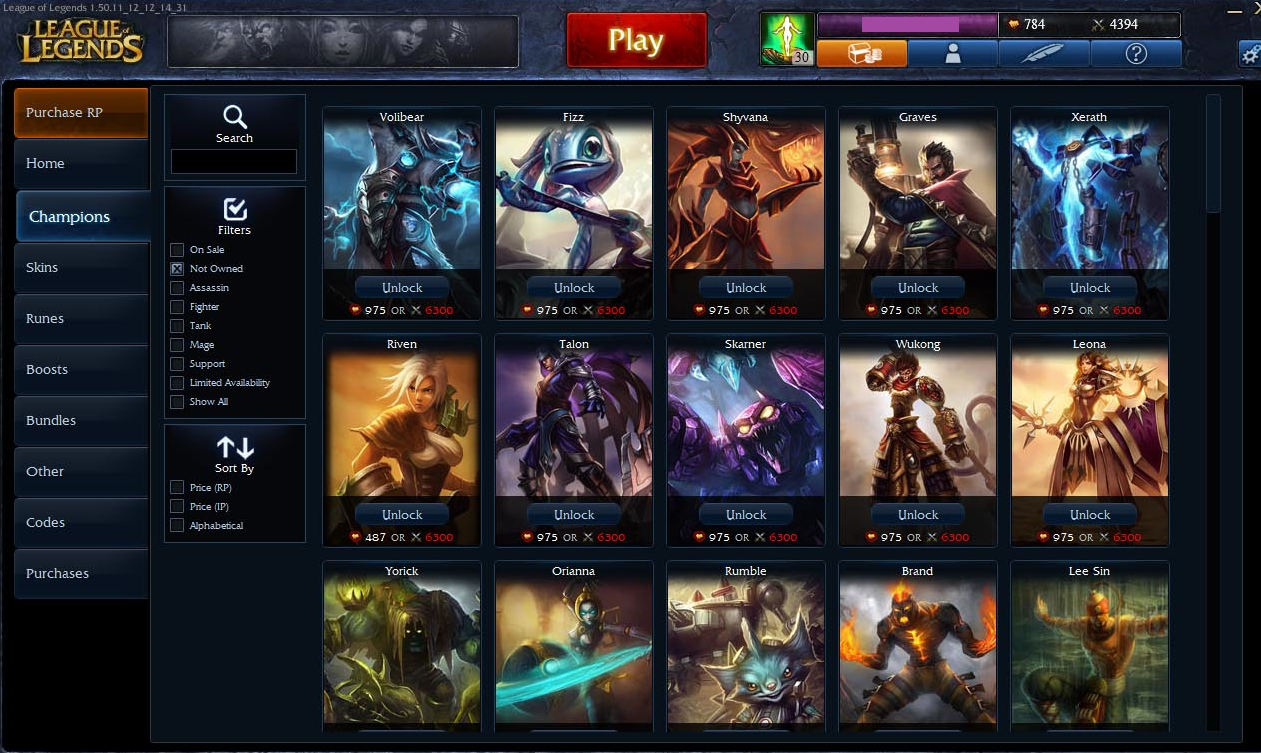 You may wonder how this is different than the problem posed by Dungeon Keeper. After all, both games are using opportunity cost as a business model. However, games like Dungeon Keeper are limited by gameplay options. In a game like League of Legends, the player has equal access to actually play the game at all times, even if it means they have to continue to use the heroes available to them (heroes who are no better or worse than others, simply different).

Riot Studios has struck the ever-elusive balance that gives players the option to spend their money without feeling pressured to do so. The game has enough content to allow a player to enjoy it fully without spending money, but if they see something that interests them, they don’t feel that they are forced to buy it to be competitive (or even just to continue playing the game). This extends to the other purchasable item category in many Free-to-Play games: cosmetics.

And Riot is not the only one finding success in the free-to-play model. Sony Online Entertainment’s Planetside 2, Digital Extremes’ Warframe, and Gaijin Entertainment’s War Thunder, are just a few more excellent titles that have struck the balance between delivering high-quality free content and convenient microtransactions that are not obligatory.

The gaming industry will continue to evolve and adapt as technology advances and shifts in new directions, but the one thing that will not change is the fact that these are products being created by companies to make a profit. Gaming will always have a cost associated with it, and while that may be an up-front purchase, a subscription, or microtransactions, the publisher will get paid. As we continue to see the industry move further and further into the realm of digital distribution, free-to-play titles will be produced with more frequency, and with any luck, those titles classified as “pay-to-win” will fall by the wayside as truly free-to-play games find success.

In the end, regardless of your stance on this particular monetization scheme, the free-to-play system allows developers to reach corners of the market that they otherwise would not have, which is good for the industry as a whole. Games that have a significant competitive nature are opened up to a larger pool of talent, as players who would not have otherwise purchased the game are able to pick it up at no cost to themselves. For example, Starcraft 2, a game with one of the most passionate e-sports followings of all time, has opened up a free-to-play portion of their game in order to bring in more players overall.

It also seems that the model is capable of pulling games back from the brink of desertion. Bioware’s Star Wars: The Old Republic managed to make the transition to free-to-play in order to boost their player count after an underwhelming release, which actually ended up increasing their subscription count in the long run–to the point where it is now the 4th most popular MMORPG.

I believe that the precedent set by these companies and others like them will be taken up in the future by their peers. Free-to-play has proven itself to be attractive enough to entice players, and reliable enough to save developers, and it’s reign has only just begun.