However you pronounce the title, Ys has been a staple RPG series since the early days of gaming. Ys: Memories of Celceta made its debut on the Playstation Vita in late 2013, and now that I have access to the handheld I can finally write a proper review. I don’t have much experience with the Ys series, but from my research I found that Celceta is a reimagining of Ys IV: Mask of the Sun, originally for the Super Famicom (and Playstation 2 later). The game has received a major facelift from the Famicom days, and if you’re a fan of JRPGs you’re going to want to pick it up. 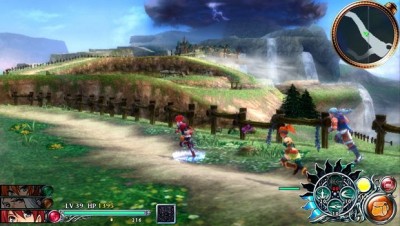 The world is varied and very pretty

In Celceta you take on the role of Adol, an adventurer with amnesia. With the help of a friend, he is tasked with mapping out a dangerous and uncharted forest. Along the way the story transforms from a simple cartography mission to Adol and his friends trying to save the world. The story isn’t bad, but it’s not particularly interesting either. Even though the dialogue is well written it can drag on for a long time and the overall plot is pretty barebones. The main draw for me was exploring the forest and finishing the map.

There are also side quests you can take in most towns. They’re posted on a notice board, and they’re usually pretty standard missions like “kill this enemy” or “find x number of items”. Unfortunately, most of them are pretty dull, and the rewards usually aren’t worth going out of your way for, which is a shame because bounty boards are usually a lot of fun.

In older Ys games, players attacked by smashing their character into enemies and hoping for the best. Celceta has been transformed into a fast paced action RPG. Each character has their basic attack combo plus special attacks they learn along the way. Regular attacks power up your special meter which allows you to perform various moves such as shooting projectiles or multi-hit combos depending on the character. You can switch characters at will, and certain characters perform better against different enemies. Each character has their own unique weapon and play style, and it’s fun to mix and match to see which team works best. 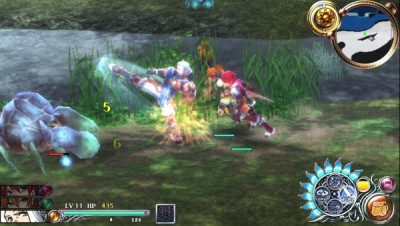 Combat is simple, but also fast and frantic

In true JRPG fashion, you buy new equipment at each town you visit. However, you can also use materials you find in the forest to upgrade your weapons and armor. Different items give you different buffs. One might add attack and a chance to poison to your weapon, while another will add healing properties and resistance to paralysis to your armor. These boosts are fun to experiment with, but they never had much of an impact on my battles.

The forest itself is one of the more interesting locations I’ve seen in RPGs. You have your towns and main dungeons, but the wilderness itself is quite large with a lot of branching paths for you to explore. Each area has its own unique set of enemies, and there are rarely any palette swaps. As you learn new skills you will be able to backtrack and open new paths via warp stones you find throughout the forest. Uncovering the whole map is more fun than the main story, and it gives you a reason to grind rather than just running back and forth accomplishing nothing. 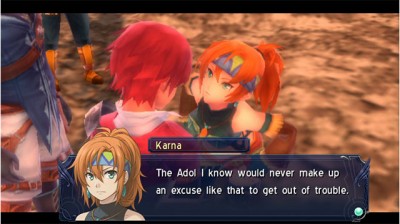 I find your lack of detail disturbing

While the world of Celceta is very unique and you are constantly seeing new things, the technical side of the graphics is a generation behind. The anime style drawings of the characters are well done, but the 3D models and textures certainly aren’t using the Vita’s power to the fullest. The world itself is a very pretty and colorful place and I can’t help but wonder what it would have looked like with more detail.

The soundtrack features updated versions of the songs from Mask of the Sun and they are fantastic. Most of them are very catchy, and they make you feel like you’re on a grand adventure. The voice acting seems to come and go whenever it feels like it and I’m not sure why. This is just a minor nitpick, but the game would have felt more fluid with either everything or nothing spoken.

Despite the less than stellar story, Celceta is a solid action RPG for you Vita owners looking for something to play. The combat is always engaging, which is good because you’re going to want to find every secret and that takes a while. There is also a New Game+ if you want to try a harder difficulty. Celceta probably won’t move any handhelds, but it’s a good addition to the Vita’s library.