Wouldn’t it be great if Nintendo had a theme park? That’s a question infrequently asked by gaming media personalities, usually when the Big N has had a good year. If we manage to see a decent Legend of Zelda and a few good Mario games in the space of 18 months, enough fans tend to start fantasizing about the possibilities of going on a ride shaped like Donkey Kong. Or eat an overpriced Metroid pretzel. The idea is an old one, and an idyllic one at best. The financial realities of creating and running a theme park are too great for any but the most lucrative companies to tackle. One could imagine it costing tens of millions just to get enough concepts blueprinted, let alone working prototypes and buying up the land. No matter how universally recognized some of Nintendo’s characters are, it’s doubtful they are marketable enough to support that investment. But recently Nintendo managed a savvy business move that gave most of the benefits of a theme park without the immense production overhead. It avoids maintenance costs, wages for thousands of jobs, and what must be one hell of an electricity bill. And it’s called Super Smash Brothers for the Wii U. Now, I know Super Smash Brothers is a decade-and-a-half old fighting game franchise. But what has been an engaging local co-op brawler bolstered by a sort of internal fan fiction became something different with the latest iteration. The lessons Nintendo learned during the past few console generations has been put to expert use here, and the result has a genius maneuvering of theme park ideas without resort prices. Cross promotion in every match 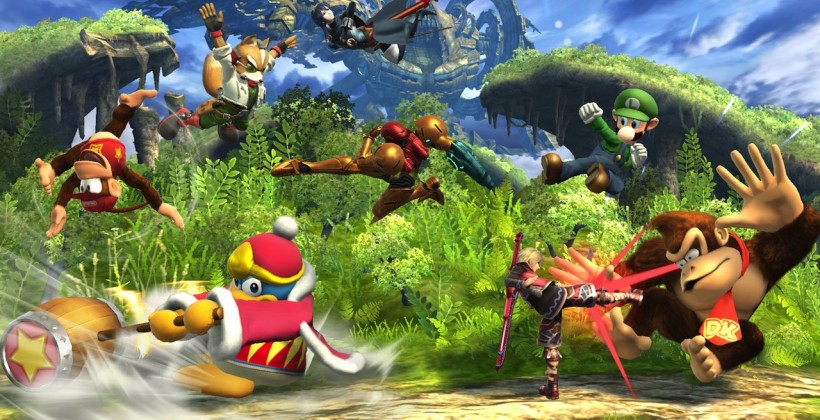 Let’s start with what has been right with Smash Brothers since the start: cross-promotion. Having the major faces of the Big N on the cover and advertisements gets the casual fans in on the action. The kids that want to play as Mario, the adults that want to fight as Donkey Kong. And by having lesser known characters share that roster, you open the door for some transitive curiosity. Be honest, how many of you knew what Fire Emblem was until you got your ass kicked by Marth? Similarly, how many of you knew of Mr. Toad before you took his Wild Ride? Sticking images of lesser-known IP amidst your most popular brands is Theme Park Design 101. If you own enough Hollywood backlot space to house the whole county, why not stick a rollercoaster based on Action Hero #43871 two hundred feet away from a shop that sells that DVD? There wouldn’t be a multi-billion dollar pirate-action film franchise if millions hadn’t taken the Pirates of the Carribean ride. Now, you won’t ship too many units by just dumping your protagonist in Smash, but the potential for renewed interest from former players could be a bankable asset. I only have access to the same minimal sales figures you do, so we have to settle on making some educated guesses here. And one of the easiest ones to make is this: if you have a game launching within six months of another game – one destined to sell at least seven million copies – getting some of your logos in there is not a hard sell. Good cross promotion like Smash Brothers also leads to a shared universe. Bowser was hanging out with Samus long before moviegoers saw Iron Man shake Captain America’s hand. The spin-off benefits of a unified intellectual property front are just as evident: Nintendo has reserved the right to (at any time) drop any of the Smash fighters into one of the thousands of sports tournaments or parties Mario throws every year. Owning all of the characters is the first step, making your audience feeling comfortable with cameos was all that needed to be done. Amiibos, you can never have just one 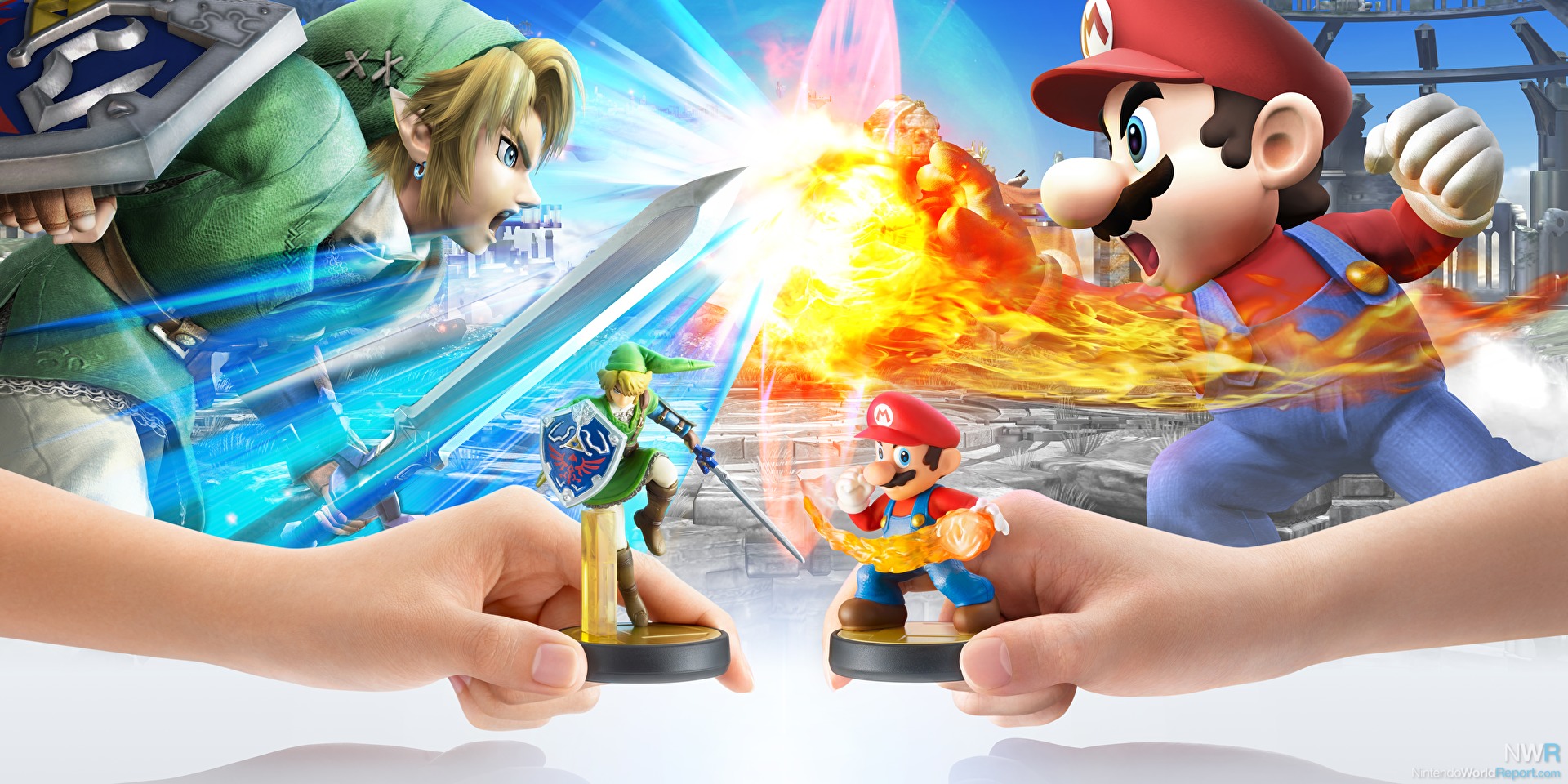 So what’s different about the Wii U’s Smash Brothers that is giving Nintendo all of those sweet theme park perks? As a bedazzled Mel Brooks once yelped, “Merchandise!” The amount of crappy hats, t-shirts, sparkling gizmos, and downright crap sold at Disneyland kiosks and Universal Studios’ gift shops is staggering. Some of the biggest theme park sales margins aren’t at the ticket gate. If the Big N would only whip up a Star Fox nacho maker, they’d barely need to make any new consoles. But the collectible, character-based Amiibo figures that can interact with Super Smash Brothers represent a uniquely Nintendo type of gold mine. Activision brought us Skylanders and Disney took us to Infinity (if not yet beyond) before this, but the Amiibo is the result of the Big N’s century-plus of toy making knowledge. People forget that prior to home entertainment, Nintendo was started as a card company. Selling and re-selling cheap goods is in the company’s blood. We’ve seen this console-manufacturer try a handful of gimmicky toy add-ons to their profitable systems, with more failures than success. R.O.B. the robot helped get the NES onto American shelves, but the Power Glove was only good for a catchphrase in a cheesy 80s movie. Things like the Virtua Boy did not help matters. But in 2006 Nintendo had a success that should be studied in business schools for the next few decades. The Wii, billed as an all-ages fun device, took shoddy motion controls and made a mint that the company is still living off of today. Bubbly marketing campaigns and word-of-mouth from amused grandmothers put Nintendo on top of the hardware sales charts for the first time in over a decade. While the Wii U has seen a tremendous drop in comparison, the Amiibo may be Nintendo’s greatest add-on yet. It took what worked for Skylanders and (in particular) Disney Infinity, that being high-quality collectible toys reliant on a popular brand, and gave it a Nintendo spin. After all, many financial analysts have argued one of the keys to the Wii’s long-term sales success was quality software, but market control. Nintendo learned how to limit its supply of Wiis to just enough to sate immediate demand. By the time the next shipment had been manufactured and shipped, those that missed out had just enough time to hear of the initial fun everyone was having and put in a preorder. The Amiibo is the next evolution in that exercise, an ever-increasing line of collectibles with just enough shipments to satisfy first-comers and Ebay resellers. There will never be a Nintendo-World 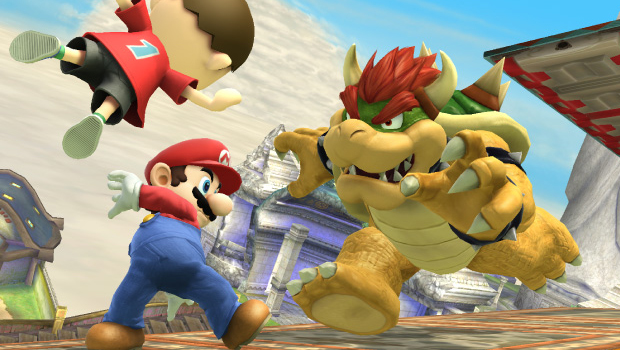 If all Disneyland had was rides, tickets would be $400 per day. Running a dozen rollercoasters, four controlled water-rapids, and the acreage itself is a huge financial undertaking. Especially for companies without the revenue from a few cruise lines and the Star Wars license. Periphery sales and cross-promotional benefits are what has kept fiscal sinkholes alive, from Universal Studios to Knott’s Berry Farm. Super Smash Brothers for the Wii U and its affiliated Amiibo line is Nintendo’s theme park. The Big N has made its best decision in years, using the marketing tactics that kept the Wii on top for years to create a potentially long-going stream of revenue. The evolution of Smash’s cross-promotional nature has made it perfect grounds for add-on merchandise, the kind of impulse-buy, complementary good manufacturers dream about. Now if Nintendo would just let the cereal-makers back in. I know for a fact that there is a market for Super Smashmallow O’s.