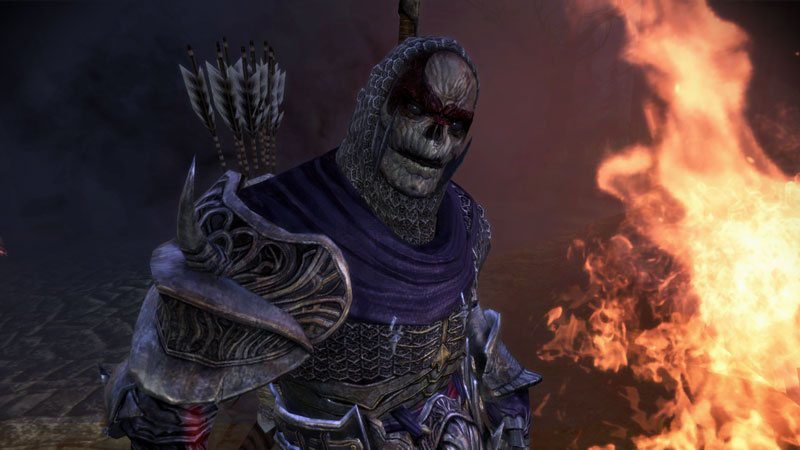 Dragon Age: Awakening is not your average piece of DLC, as evident by the hefty $40 price tag. It’ll last anywhere from 10 to 20 hours and includes an entirely new cast of characters, a new setting and a host of new spells and abilities. It does however use the same engine, same basic gameplay and disappointingly, a lot of the same voice actors. More of a good thing, however, is rarely bad. 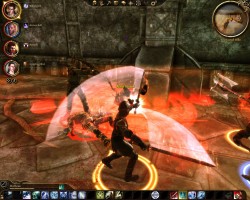 You start Awakening by getting the choice to import your old character(s) from Origins, or create a new character from scratch…well not exactly scratch, as you start of at level 18… but you get the picture. If you chose to import a character, certain choices you made in Origins may follow you into Awakening, but unlike Bioware’s other series Mass Effect, these aren’t too prominent or important.  The larger role this choice plays is how challenging your experience will be. If you’re like me and you import a fully-leveled character with a substantial amount of money, then the challenge presented in Awakening may seem trivial even at the harder difficultly levels. You gain experience so quickly in this expansion pack that you’ll quickly purchase all the new spells and abilities turning you into a god on the battlefield. However, if you choose to start from scratch or import a low level character from Origins, the experience will be much more balanced. With a new character; it’ll take a while before you have more spells and abilities then you know what to do with.

Each class now also has two new sub-specialties, most of which get represented in the new party members. Like in Origins each subspecialty comes with a separate skill tree of four skills, most of which are passive skills. If combined correctly with the existing specialties, you can create some pretty cool hybrid classes. This feature does have a slight flaw to it. Little to nothing is done to advise the player on which play style suits each new sub-specialty, or more precisely, what kind of equipment players should use. For example, the new Legion of the Dead sub-specialty is represented in a dwarven party member who wears medium armor, but aside from her initial armor set, there is little to no decent medium armor to be found in the game, let alone some suitable for a rogue. 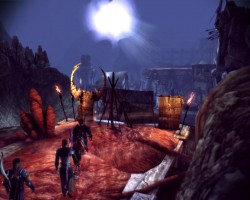 One thing that has gotten a major upgrade is the level design. While Awakening is  just as linear as the first game, they do a great job masking the linearity inside larger fantastical environments. Moody lighting and peculiar-but-interesting fixtures mix together and create the sense of wonder and immersion one usually associates with fantasy worlds.  The resault is that the environment feels like it has its own history. Everything seems placed with a sense of purpose, whether it’s horrifying darkspawn contraptions or strange ornaments; it all has a story behind it. Either it’s directly tied into a quest or codex entry, or it provokes the imagination to run wild. I asked myself once during my experience with the DLC, “Is that a torture device or simply a piece of decor?”

There also seems to be a large scale recycling of character models and as I mentioned earlier; voices. Far too often I ran into characters that had the exact same face and voice as characters from the previous game, only with different hairdos and clothing. It’s not a major complaint, but one that’s worth noting as it can pull you out of the experience. And for $40 I expect more.

The storyline, complete with character relationships and back story, isn’t as polished or interesting as the original. The characters are slightly more intriguing on a shallow level, but the amount of interaction between you and your party is limited and what interaction you do have is often far too trivial. It doesn’t take long before you start missing Alistair and Morrigan’s companionship.

Oddly, the main story from Dragon Age: Origins is pretty much dismissed entirely from the story of Awakening. It gives a few nods in several codex pages, but beyond those, you’ll be hard pressed to find any references to what happened in the original game. 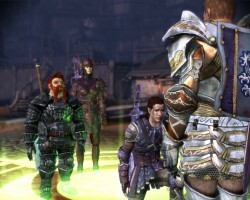 It's not what it looks like....honest!

Dragon Age: Awakening much like Dragon Age: Origins brings us back to the good old days when expansions were truly expansive and expensive. For $40 it’s hard to recommend everyone drop everything, run out and buy it. It’s a big addition to the Dragon Age universe and it’ll probably land you 20 solid hours of play, but while more of the same is always a good thing, it’s also not something you should pay this much for. It could almost be qualified as a full retail priced game. But if judged as one it would be mediocre and something I would recomend buying at a discount. It’s a great piece of downloadable content that is definitely worth experiencing, but unless you’re a super hardcore Dragon Age: Origins fan, you should wait till the price goes down about $20 or just rent the retail version.