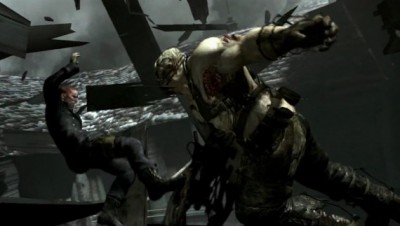 The difference in the included software is a puzzling one. It can partially be explained by lingering property rights, the complete absence of Resident Evil Zero probably due to Nintendo’s steady grip on the game from its initial exclusive release, for example. But the separation of the earlier RE titles from the 360, and the withdrawal of Code Veronica and Degeneration from the PS3, is harder to explain. Resident Evil 1–3 all saw release on the Playstation Network, but its unlikely that Sony would have been able to negotiate anything from such a re-release.

Whatever the reason, both of these hearty collector’s boxes will launch at $90.