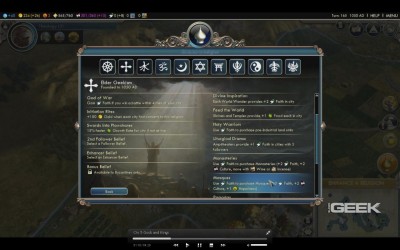 A little over two years after the original game was released to anticipating Civilization fans, Firaxis Games released the first major expansion pack to Civilization V, Gods & Kings. The pack features nine new playable civilizations as well as the reintroduction of the role of religions to the Civ world, an aspect noticeably absent in the original game. Players will immediately feel the contrast to the base game as the expansion revamps several of the game’s core features including Diplomacy and the combat system.

Players are given the option of founding 11 different customizable religions powered by Faith points, a new resource similar to science and culture. Players can also use Great Prophet, missionary, and inquisitor units to spread and control their state religion within their own territories and abroad to other civilizations. As in the previous Civ games, those civilizations with the same religion tend to have better relations with each other. Customizing religions from their tenets to the actual names makes this a welcome addition and making the game feel more like Civ games of the past.

Diplomacy also received a bit of tweaking as players are able to establish embassies in foreign territories. Within the revamped diplomacy feature, the game added a new espionage element, which allows you to gather intelligence on other civs, steal technologies, and incite coups in city-states or rigging elections in order to install friendly rulers. However, the downside to this feature is the lack of direct control of generating spies as players are at the mercy of random spawning in each subsequent era starting from the Renaissance period onward. The end result appears to be more of a background element rather than a prominent feature. 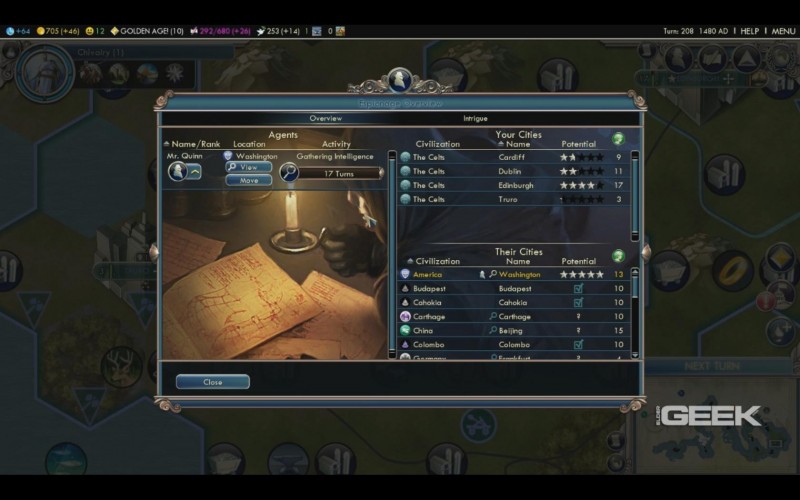 The independent City-States received some refinements including new city types such as Mercantile and Religious, and a more varied quest system, which provides players with different ways of gaining favor through trade, religion, and military assistance. Each city-state also has its own unique set of resources, which makes it all more beneficial to try and maintain good relations with them in order to gain access to these resources to build up your civilization. The revamping of the questing system certainly adds a nice bit of variety rather than the original “how much money can you give” concept for an unreliable and fickle ally at best. 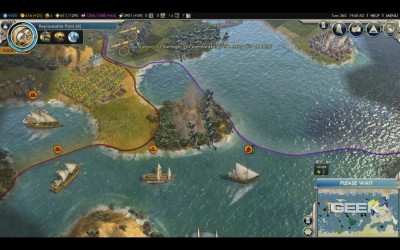 Small changes were also made to the combat system in Gods & Kings. Achieving total supremacy over enemy units is more difficult now even when you have an edge in technology. Consequently, warfare has become a challenging affair as the AI does not simply roll over even though you have thousands of rifles and Gatling guns pointing at their faces. Naval combat also received an overhaul as the game now separates ships into melee and ranged classes, which allows players to launch coastal raids and conquer cities from the sea. However, given the revamped combat system, players will find that attacking by sea is one of the more challenging, albeit satisfying when successful, methods of conquest.

The additions and modifications of Gods & Kings are definitely much needed to enhance the overall experience of Civ V. The reintroduction of the Religion aspect, new playable civilizations and units, plus a refinement of several other elements along with some campaign scenarios, help keep the game fresh. On the other hand, the hefty pricetag of $30 is a little steep for the add-on of Religion to the franchise when it had appeared in the base games of its predecessors. Despite that, the modifications and subsequent add-ons make the original game feel more complete and provide a much-needed refresh of the overall Civilization V experience. 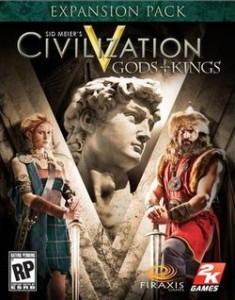